How to Grow Your Audience on Clubhouse

Clubhouse is the booming new social media app where big-name CEOs (and everyday entrepreneurs) speak in real time. Should you be there too? And how do you make it worth your time?

By Adam Soccolich
April 15, 2021
This story appears in the April 2021 issue of Entrepreneur. Subscribe »

Since Clubhouse caught fire in late 2020, moments like these are becoming common. The social network is built on live audio — like giant conference calls — and it has become the buzziest place for the biggest names in entrepreneurship, as well as millions of others. They're having conversations that last for hours or even days. Frequent users have an explanation for this: This is an authentic, intimate space where anyone can hear from (and speak to) people whose insights can be game-changing.

But of course, entrepreneurs don't just sit back in the audience. They want to participate. That's where Clubhouse's benefits are most powerful — and where getting in the game is trickiest.

To start, Clubhouse isn't the easiest to use. It's currently only on iOS, and an existing user must invite you in. Once you're there, the design isn't always intuitive. Finding conversations that interest you can be time-consuming. Speaking to an audience of hundreds or thousands of people can be intimidating. And while any user can start a room at any time, drawing an audience often requires planning and coordination.

Where do you begin? I'm an active Clubhouse user who runs a Twitter feed called The Best of Clubhouse (it's @ClubhouseBest), which highlights the most interesting rooms and updates about the platform, and I also facilitate large events on Clubhouse. Here, I offer the best practices I've learned, as well as advice from some of the most interesting entrepreneurs on the platform.

For Clubhouse skeptics: Should you really invest your time in this? Here are answers.

Another social media app? Do I need this?

Maybe, maybe not. But like all new platforms, you won't know unless you try. Entrepreneurs are extremely active here, and many say they see direct ROI — after speaking in a room, for example, they'll hear from potential new customers, partners, and even investors.

OK, I logged in. What am I looking at?

The first thing you see is the "hallway," which is the main feed of all the current "rooms." Rooms are where the action is. Each one is created by a user; they have short titles to explain their purpose. (For example, a room might be about digital marketing or how to grow your customer base.) A quick swipe left or tap of the bottom-right button will open your list of contacts and show whether they're currently inside a room.

How do rooms work? Who is in charge?

Within each room, there are three main roles: listener, speaker, and moderator. Listeners sit quietly and enjoy the conversation. Listeners can raise their hands to ask to speak; if they're brought up to the "stage," they can now engage in the conversation. Moderators (who have green badges) have full control of the room — meaning they can invite speakers, mute people, and more.

Are people just screaming at each other all the time?

Clubhouse rooms are much more civil than, say, the comment threads on Facebook or YouTube. Perhaps it's because people can't hide behind their words; they have to speak them live and hear others respond. Sure, disagreements break out. There are also plenty of rooms devoted to unsavory political or hot-button issues. But among rooms about entrepreneurship, conversation tends to be cool, calm, and collected.

That sounds very time-consuming. Are people on here for hours?

If your goal is to speak in a room with a large audience, then yes, it can take a while. If you don't know a moderator personally, then you have to raise your hand, hope to be called on, and wait your turn to speak. Hours can go by. But you can be strategic about it. (More on that later.) Also, many active users multi­task while on Clubhouse. Shark Tank's Daymond John, for example, recently appeared in an Entrepreneur-hosted room while on his treadmill!

Why do I want to speak? Are there benefits?

This is a complex question with abstract answers. Think of it like being on a panel at an in-person conference: The other panelists may become useful new friends, and audience members often approach you afterward. It's similar on Clubhouse. Speakers often receive many DMs on Instagram or Twitter (because there's no DM feature in Clubhouse itself), and some of those people turn into customers or partners. Clubhouse is also a new frontier; early adopters have an opportunity to build a sizable audience, which will be much harder to do in four to six months. 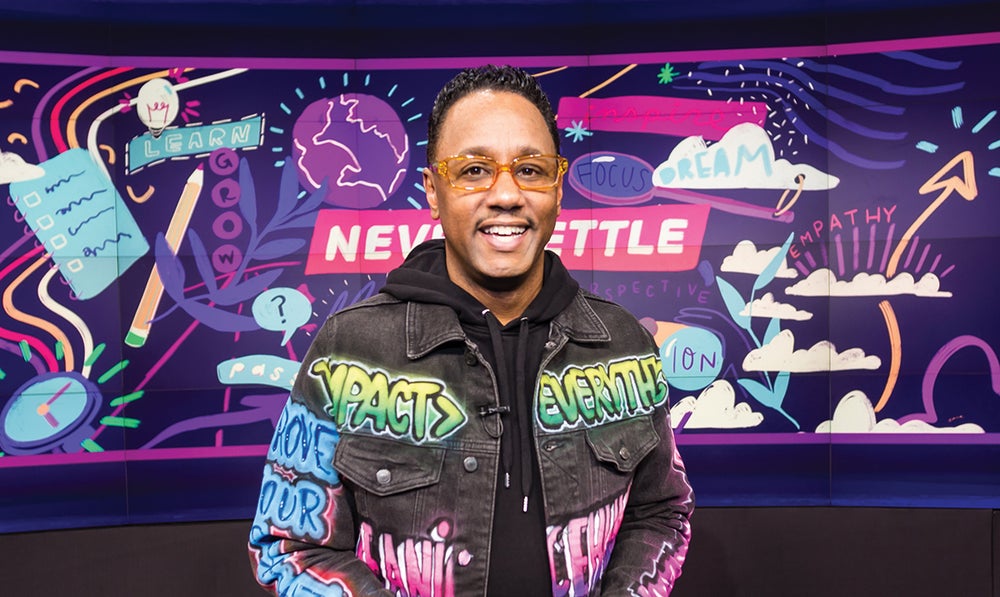 We're used to thinking about social platforms in terms of broadcasting; you build followers and then deliver regular content to them. Clubhouse works differently, which is why TV host and podcaster Mario Armstrong has come to think of it this way: To succeed on Clubhouse, you have to unlearn everything you know about social media. Here are three reasons why.

"For the first time, a social media app has less to do with your following and more to do with the topic, title, and content you are putting out," he says. You can have zero followers and still get the ear of a lot of people — if you get onstage in a big room. Also, unlike other platforms, there's no feed where people see a catalog of your content. Everything happens live — followers are either there or they're not.

Related: What is Clubhouse, and How Can You Use It to Grow Your Business?

On other apps, people and brands share promotional content created by a team. On Clubhouse, nobody wants a sales pitch — and an audience expects to hear from you. That's not to say promotion is impossible, but Armstrong suggests framing everything around asking or giving advice. (For instance, instead of hyping your brand, ask for feedback on an idea.) "You'll see a bunch of different reactions. So listen, pay attention, and reflect on what you are learning," he says.

On Clubhouse, users generally see you (and look at your profile) only when you're in a room. That means you can update your bio to cater to each audience. Armstrong has multiple bios of himself stored on his phone, which emphasize different things depending on what audience he's speaking to. (In a room about podcasting, say, his bio stresses his podcast.) "That is an ultimate hack: You can talk about yourself without talking," Armstrong says.