How to Protect Android Smartphones From Cyber Attacks

By Jason Fell
December 2, 2011
Opinions expressed by Entrepreneur contributors are their own. 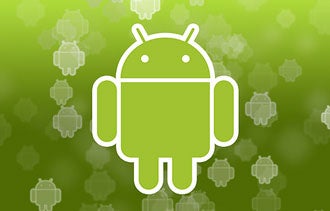 And as more businesses adopt "bring your own device" policies, allowing employees to use their personal smartphones for work, the risk of having sensitive business-related data compromised is inherently on the rise as well.

So what puts Android smartphones at risk? First, the operating system is based on a relatively open system that allows users -- including hackers -- to obtain source code for software for free. As a result, it is, in many cases, easier for malware developers to create code that is aimed at the Android platform, explains Chris Gray, a senior consultant of risk and compliance management at Denver-based information technology security company Accuvant.

Related: Five Rules for 'Bring Your Own Device' Teams

That means Android users need to be particularly careful when installing mobile applications from the Android Market, which is not monitored as closely for dangerous apps as, for instance, the apps in Apple's App Store.

Here, Gray offers three tips for how Android users can protect their smartphones from malware and other cyber-attacks:

1. Understand the nature of Android phones. Android devices are open systems that use a large number of hardware and software components. So, just as with most computers, they contain flaws that can be easily exploited.

Gray recommends minimizing personal use of phones that are used for business purposes. "Adding that newest, greatest version of some pixel-flinging game may be fun, but it has a definite chance of compromising the integrity of your device and all the data that is stored or transmitted with it," he says.

2. Patch your systems frequently. Because of the openness of the Android systems, flaws are quickly identified and patched by the phone's manufacturer. "End users should keep a close watch on the release of such software updates and apply them as quickly as possible," Gray says. "If possible, the consumer should put his or her phone on automatic update to receive and apply updates when they're available."

3. Install security software. Just like your home computer, an Android phone user should load software that protects the device from malicious activities, Gray says. Antivirus, antimalware, firewalls and many other kinds of applications are available from free to $20 per device plus maintenance from reputable vendors. "Extend your security beyond the limits that were provided with the device," he says.

What steps do you take to keep your mobile devices safe? Let us know in the comments section below.