In recent years, influencer marketing has exploded. In fact, an estimated 56 percent of brands increased their influencer marketing budgets in 2016. Truth be told, you may find it increasingly difficult to meet your business goals if you don't relate with influencers, and choose to do it all alone.

The concept of building relationships with industry experts -- who have a loyal community, authority and the personality to influence other people -- is what drives growth. Once you establish strong relationships with influencers, you can almost bet you will acquire new customers. According to a research study by Tomoson, 51 percent of marketers believe they get better customers from influencer marketing.

When it comes to influencer marketing tips, you should listen to true influencers who practice what they preach -- and there are many of them out there. In this article, Vicci Ricci, founder of Trend Pie, shares some of his best influencer marketing tips. You might want to pay attention. He's got an impressive 250 million follower reach on the major social media platforms.

Related: How to Create a Successful Influencer Marketing Campaign

What is influencer marketing?

Influencer marketing is a form of marketing where you focus on key influencers and power users, who can help you reach your target audience easily.

In this marketing strategy, you're not reaching out to the target audience directly, but on influencers -- who will in turn amplify your content, idea, product or campaign to your ideal customers. These influencers usually have huge followings on Twitter, Facebook and Instagram and have large email lists. Their blogs are active, and the community is friendly.

Connecting with an influencer and building relationship with them could lead to thousands of leads and customers for your business. With that being said, here are three influencer marketing tips from Ricci:

1. Go for engagement, not huge following.

Are you attracted by huge Twitter followings and the like? You're not alone. Some of the metrics that I usually consider before running any influencer marketing campaign are:

But I was wrong. I later discovered that engagement is not in the big numbers, but in the relationship that exist between the influencer and the followers.

And guess what? It doesn't happen overnight. It takes a lot of time and effort to inculcate engagement into an audience. Always focus on engagement first, before counting the number of followers. According to Vocus & Duct Tape Marketing, "40 percent of SMBs don't mind a smaller base of followers or fans on social media, but they should be people who regularly engage."

That means if I build rapport with an influencer who has 10,000 loyal and engaged fans, I'll likely get better results for my campaigns than if I connected with another influencer with 100,000 generic and unengaged fans.

Most app developers and marketers think that getting their app in front of tens of thousands of people will push their app to no. 1 on the App store, but it doesn't work that way. 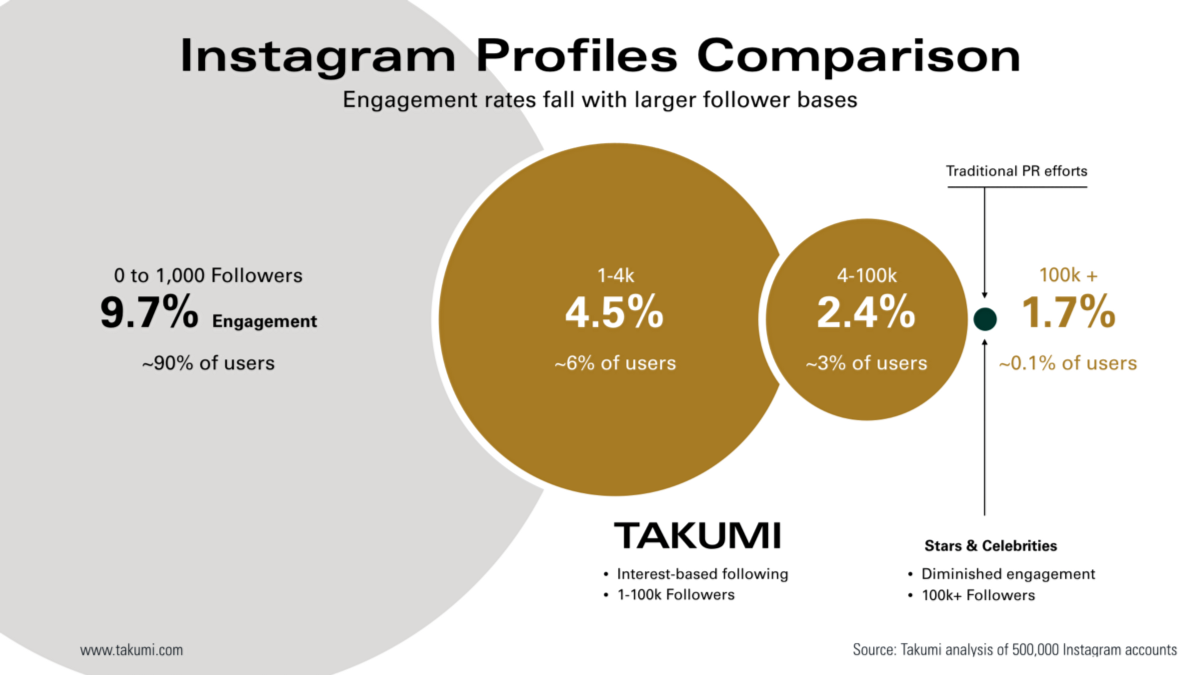 According to Ricci, "A lot of marketers don't realize that there are smaller accounts that have high engagement rates, more than most of the big names with huge followings."
As an influencer, Vicci spends most of his time answering follower questions on Instagram, Facebook and Twitter. He says when reaching out to an influencer, conduct your research. Don't allow huge social media followings entice you. An engaged audience will not only download your app, ebook or sign up to try your software; they will also refer others to your website or business.

An ad that doesn't look like an ad will always sell. Don't try to design ads that shout at people -- great content is your ad.

Display ads are already dying, if not dead. The downside of a display ad is that if people buy into your ad, but fail to get the same results as claimed in your ad, you'll lose their trust. But that's not all. They will tell other people about their bad experiences.

Your ad should inspire people to think, because they'll act in the direction of their thoughts. As an example, retailer Lord & Taylor got 50 influencers on Instagram to wear the same dress. By the weekend, the dress sold out.

Truth be told, this is a creative ad, but it doesn't look like one.

And this should be your focus. Ricci suggests, "you should trust the influencer to create irresistible content that promotes your app. The influencers know what kind of content will resonate with their audience."

Remember that social media followers trust influencers. They want to know what influencers read, buy, participate in and dislike.

3. Get to know your ideal audience.

Studies show that businesses make $6.50 for every $1 spent on influencer marketing. However, not all influencers are created equal. There are influencers whose audience is suitable for your campaign. That's why you need to first and foremost build relationship with influencers in your industry.

According to Sprout Social, you need these influencers in launching your product, content promotion and distribution, and more.

As an app developer and marketer, my focus is to connect with top app developers, agencies and mobile app investors who have active communities. Why? Because it's easier to know my audience's core needs and meet them. But what if my product is relevant to startup entrepreneurs? Do I need to reach fitness coaches?

Related: 6 Secrets to Getting a Social Influencer's Attention

Since you're not looking for eyeballs, but engagement, you should focus on influencers in your field. It doesn't matter how small your market is. In the long-run, you'll profit from a small and dedicated customer base.

Having reached a 250 million follower reach already, Ricci isn't relenting at all. In fact, he's still creating more campaigns that will further improve engagement with his audience.

To him, engagement is the only viable metric that you should pay attention to when connecting and establishing trust with influencers in your market. Why not make it your priority?