LG Unveils Wristbands That Let You Track Your Kids

The GPS and Wi-Fi equipped wristbands are intended for pre-school and primary-school aged children.

Kids should like LG Electronics' new Kizon wristbands. They come in blue, pink and green and can be accessorized with familiar animated faces, including a Hello Kitty cover.

Worried parents should like them, too. Equipped with GPS and Wi-Fi, the wristbands serve as tracking devices that enable parents to keep tabs on the location of their pre-school or primary school aged children in real time using, a smartphone or tablet app.

The wristbands also feature a "One Step Direct Call" button that allows parents to call the device. If a child doesn't answer, after 10 seconds the call will automatically connect, allowing parents to listen in on what's going on through a built-in microphone. Parents can also pre-set the device to provide location alerts during specific times throughout the day.

"Children as well as the elderly are ideal customers for wearable technologies," Dr. Jong-seok Park, president and CEO of LG Electronics said in a statement. "Wearables allow us to stay connected without the worry of losing a device or the inconvenience of having to carry a large item in a pocket."

Related: This Company Wants You to Wear Your SIM Card 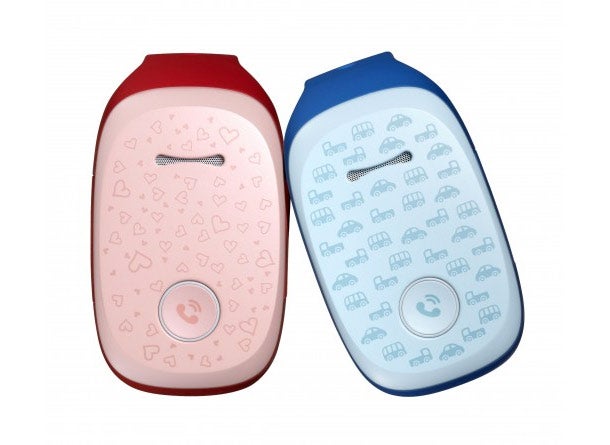 Like the "leashes" parents use to keep their kids close at amusement parks, tracking devices for children are sure to be polarizing. For worried parents, they offer peace of mind. On the other hand, real-time GPS tracking of preschoolers has the potential to take the term 'helicopter parent' to a whole new level while raising a host of privacy concerns.

Regardless of your opinion, however, it's likely we'll see more variations of child tracking devices in the future. Last year, the British company KMS unveiled a child tracking device at the CES electronic tradeshow, and SK Telecom will soon start selling 3G wrist-phones designed for kids ages five to eight equipped with an SOS button that, if pressed, sends a notification to the wearer's parents.

The LG wristband has a 36 hour battery life (parents are alerted via phone if the battery level falls below 25 percent) and can run on 2G and 3G networks. It goes on sale in South Korea this Thursday, but won't be sold in North America and Europe until the fall. Prices have yet to be announced.