Retailer Vera Bradley thinks accessorizing and being treated like a lady are the best advantages of being a girl.
Next Article

This article originally ran March 14, 2016 and has since been updated.

It may only be July, but the Internet never sleeps, and neither do the social-media blunders.

From the Justice Department accidentally tweeting that CNN is the “biggest troll of them all” to Coca-Cola’s Russian map fail, these are some of the top “online oops” so far this year. 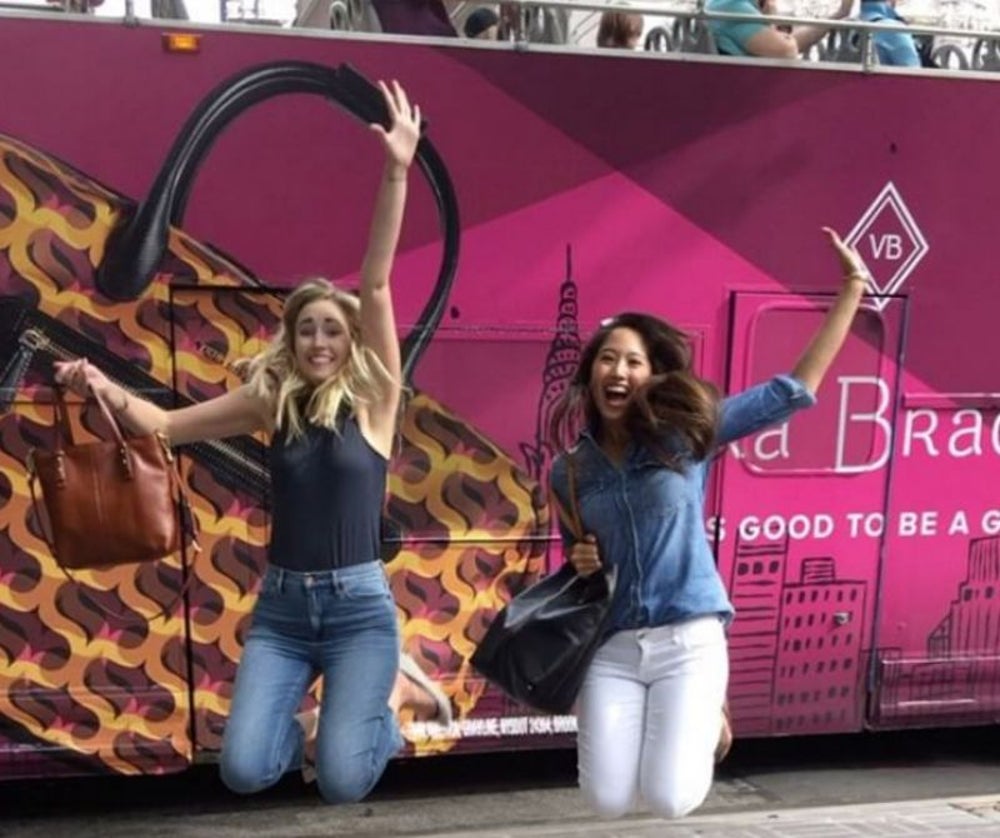 Rewind to the 1950s and Vera Bradley's latest campaign would have been right on target. But in today’s world, a campaign called “Why It’s Good to Be a Girl” has to hit all the right notes or face major criticism. It turned out to be the latter for Vera Bradley.

The fashion brand asked customers to share why they like being a girl. Responses were mixed. Some of the published statements, such as “That moment when a gentleman offers you his seat,” and “Being able to hang out with the boys but still be treated like a lady” did not resonate.

Vera Bradley's efforts to connect with young girls is well-noted, but their execution flawed. Not all women want to accessorize. Not all women belt their favorite song lyrics. Perhaps using more caution when incorporating the hashtag #itsgoodtobeagirl in a 21st century marketing campaign would have been helpful -- a strategy in which its approach seems almost … backwards. 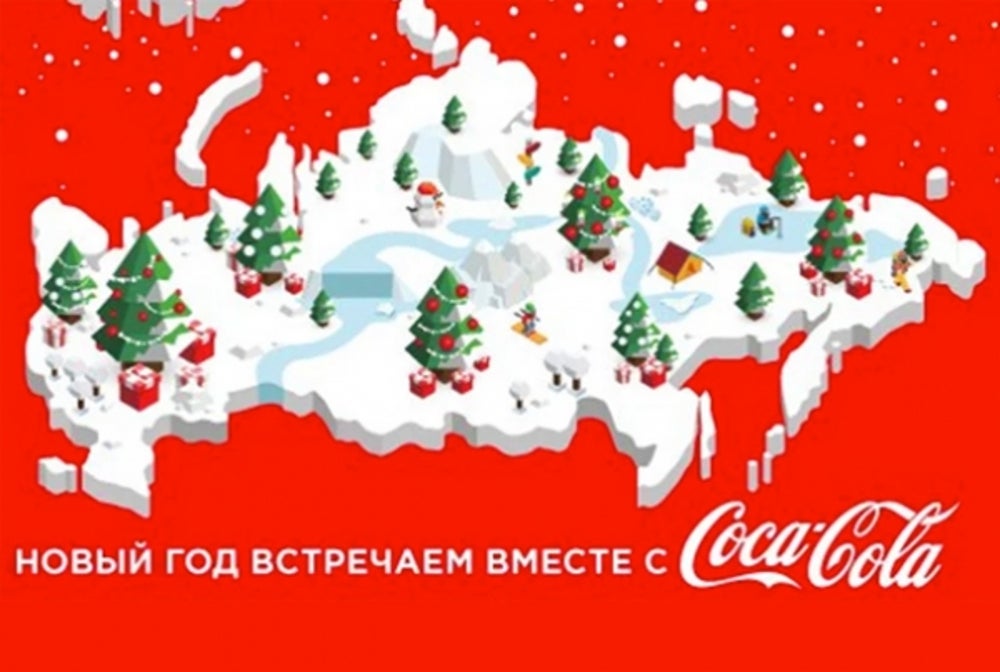 It’s never a good thing to piss off the Russians. Leave it to Coca-Cola to do so right out of the gate this year after it sent out a tweet featuring a cartoon with a snow-covered map of the country. Seems innocent enough, right?

Taking a closer look, the map’s actually outdated, omitting Kaliningrad, which was annexed following World War II. Needless to say, Russian patriots were not happy with the company, as they posted pics pouring the soft drink into toilets with the hashtag #BanCocaCola.

DC Comics realizes some research is better than none. 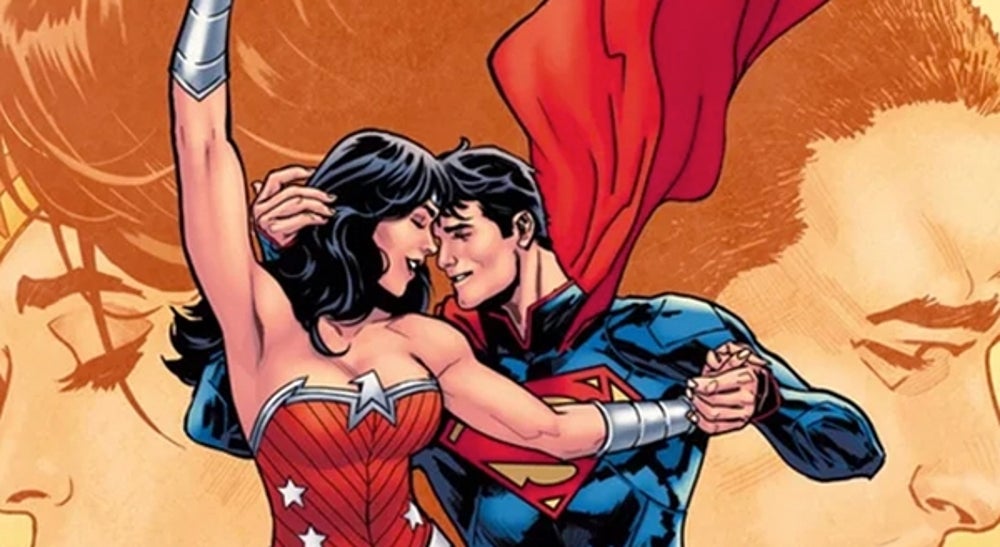 Face-palm online after it posted a photo of the comic saying it was translated from Pakistan as if it were a language. Too bad the official language is Urdu.

Obviously, users were quick to point out DC’s ignorance. It’s a good reminder to do your research.

Here's why @Marvel is winning over @DCComics - the latter thinks we speak Pakistanian. h/t @takhalus pic.twitter.com/xzvx8VccS1

A beauty brand's finds out it's not color blind -- just tone deaf. 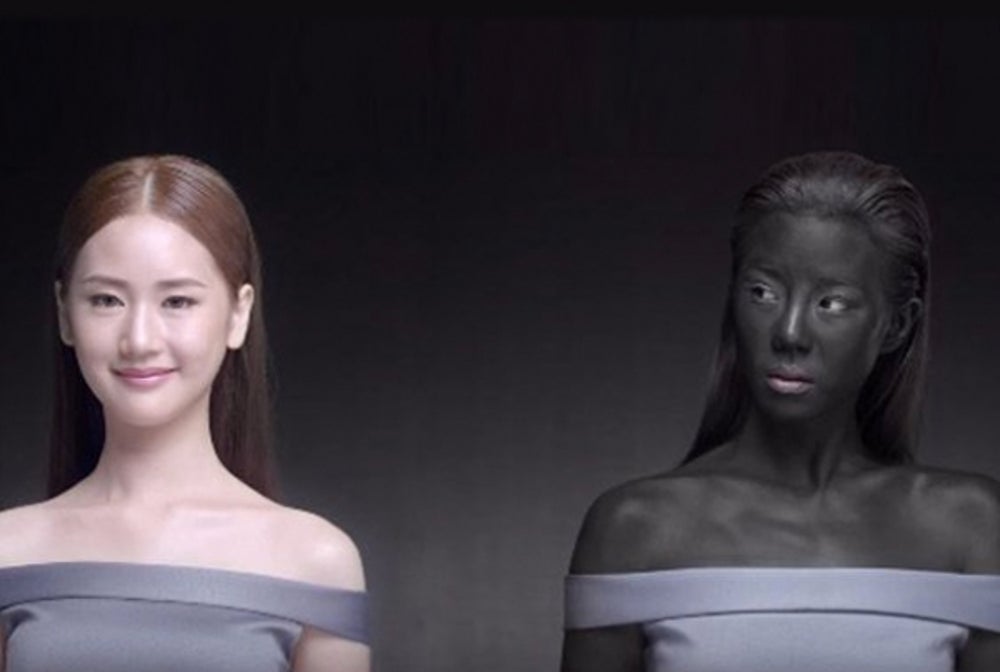 In some cases you just have to stop and wonder what the heck the company’s PR team was thinking.

The company sent out a tweet referring to the campaign along with a video of actress and singer Chris Horwang talking about her career and how her white skin helped her to be so successful.

It’s not really a shocker that the ad wasn’t well received.

MTV Australia learns it is bad at humor. 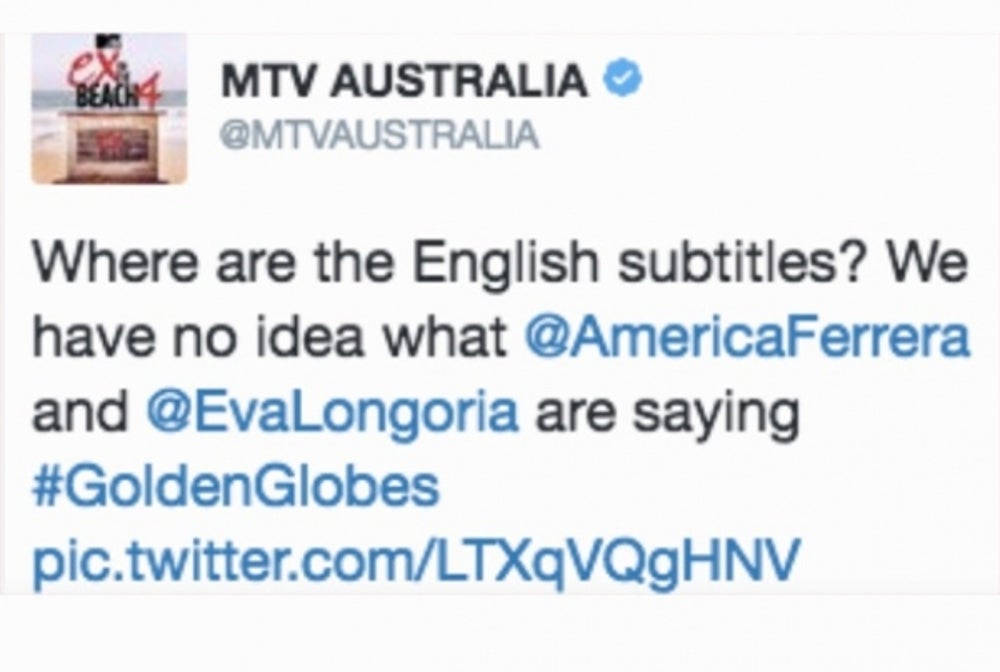 Sometimes you almost wish for the company's sake that its account was hacked. Such was the case when MTV Australia sent out an astonishing offensive tweet, asking "Where are the English subtitles?" while America Ferrera and Eva Longoria were on stage at the Golden Globes.

MTV didn’t need a translator to figure out an apology was in order. Still, the crowd wasn’t satisfied and another apology was issued.

A magazine meets Whoopi Goldberg for the first time. 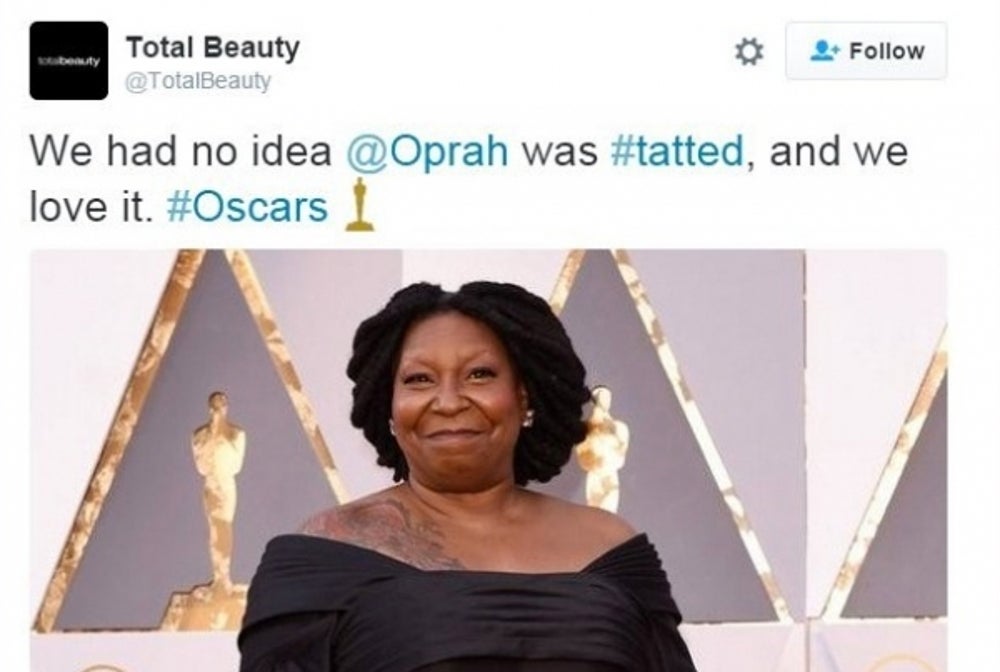 If you fail at the Oscars, folks are gonna know. Just ask Jennifer Lawrence after her fall on the Oscars stage.

However, online platforms can be just as damaging, if not more so, especially since users don’t have the chance to get back on their feet with the help of Bradley Cooper.

Total Beauty, an online publication, learned that the hard way after it somehow confused Whoopi Goldberg and Oprah Winfrey in a tweet. Both are high on the list of people you should not upset.

Sorry, Total Beauty: America’s not going to fall in love with you for that one.

We don't even know how to explain this one. 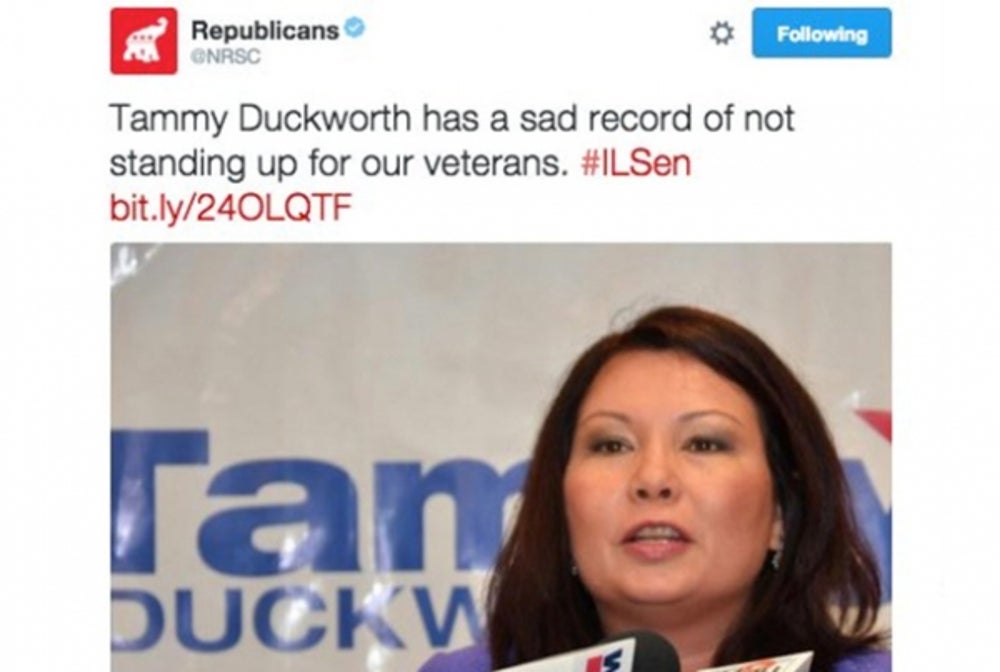 It might be a good idea for the committee to get a new social media team, or at the very least a fact checker or two.

In March, the GOP sent out a tweet saying Tammy Duckworth doesn’t “stand up” for vets. Seems like the usual muck-slinging that goes on during political tussles, right?

However, there’s a really big problem with this since Duckworth lost her legs -- while serving in Iraq. She even came back and worked as assistant secretary in the Department of Veterans Affairs.

To make matters worse, the tweet was posted on International Women’s Day.

The NRSC owned up to the social media mistake, but not without a bit of tude thrown in.

“It would be great if reporters would pay as much attention to a deleted tweet as they should to Tammy Duckworth being sued by VA whistleblowers for ignoring claims of mistreatment and corruption,” spokeswoman Andrea Bozek wrote in an email, according to The Washington Post.

Society teaches a Microsoft bot to be a sexist, racist jerk.

Sometimes, science is simply better left alone. For example, the time Microsoft decided to make an "AI" Twitter bot. The creation was designed to learn from its users through conversation. Needless to say, trolls made the bot, named Tay, turn into a huge racist jerk in less than a day.

As a result, Microsoft's research team quickly deleted the tweets and put the project on pause.

A promotional group finds out Rhode Island and Iceland are different. 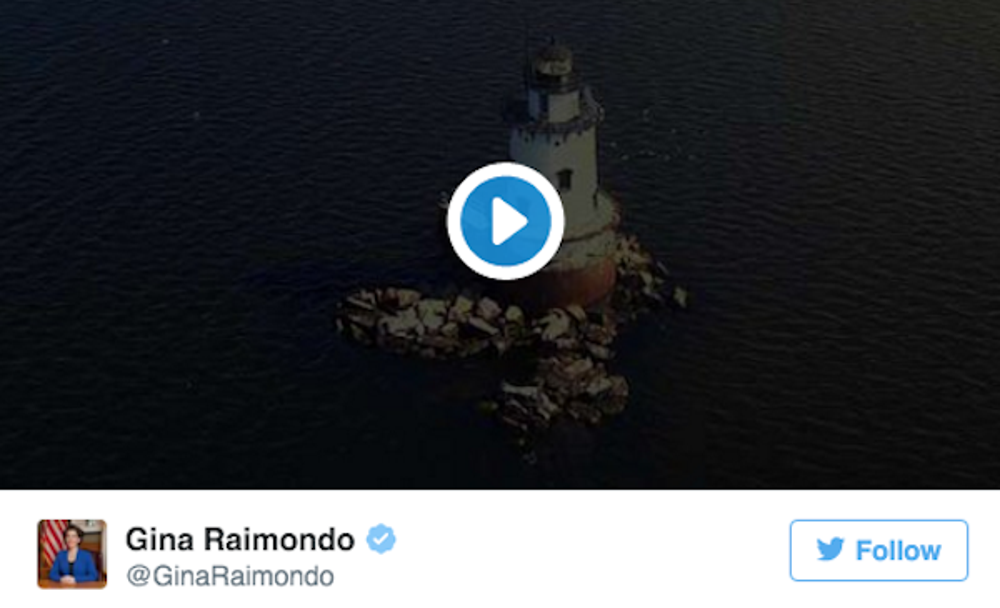 If you're going to spend $5 million on a new promotion, it's probably a good idea to make sure the thing you're promoting's actually in the video.

Ya know, if it's not already hard to discern the differences between Rhode Island and Iceland.

But alas, the Rhode Island Commerce Coporation some how found a way to do so after it posted a promotional video. It seems well-meaning enough as viewers see pretty lighthouses and Union Station, except for when the 110-second video suddenly cuts to a stange country from far away lands.

"Imagine a place that feels like home, but holds enough uniqueness that you are never bored," a narrator says.

Confusion might've been a better word  for it after folks watched the video. However, it didn't take long for officials to realize their mistake and issue a clarification.

"As the Commerce Corporation put this presentation video together, explicit instructions were given to the local firm that helped with editing to only use Rhode Island footage," Betsy Wall, the corporation's chief marketing office, told the Providence Journal. "A mistake was made."

Lucky for us, the state's govorner Gina Raimondo snagged a version on Twitter.

It’s not everyday the U.S. government inadvertently insults the very people it serves.

Still, politics doesn’t usually concern itself with “hot or not” beauty tips. Well, as far as citizens are concerned since people are still talking about Hillary’s wardrobe and health choices.

Also, can we please just stop for a moment to really appreciate First Lady Michelle Obama’s fashion game? That woman’s closet is probably as on point as her health policy.

Never mind our nation’s political leaders and their appearances, the State Department’s Bureau of Consular Affairs is more concerned with yours, especially if you’re traveling soon -- or ugly.

In a series of tweets it sent out March 30, it offered a bit of advice for those less fortunate in terms of levels of attraction: There’s a reason people keep buying you drinks, Felica … and it ain’t because your face is on fleek. Based on the department’s standards, not even spring break beer goggles can help a sister -- or brother -- out.

Essentially, if you’re not a 10 in the U.S., you’re not going to be one overseas, according to its Twitter account.

Those drinks in Thailand? Cheap for a reason. That lover online? A scam. Taking a bus across the border? Hold onto your wallets.

Basically, the U.S. government seems to have no faith in America's travel skills or looks.

The tweets, sent out with #springbreakingbadly, obviously were not well received and later deleted followed by an apology.

“Some have been offended by our earlier tweet and we apologize that it came off negatively…” part one reads.

At least there’s a silver lining from this social media mistake. The state department’s finally learned travel tip No. 1; learn some of the local’s language before jetting off, or at least try to.

The Justice Department accidentally weighs in. 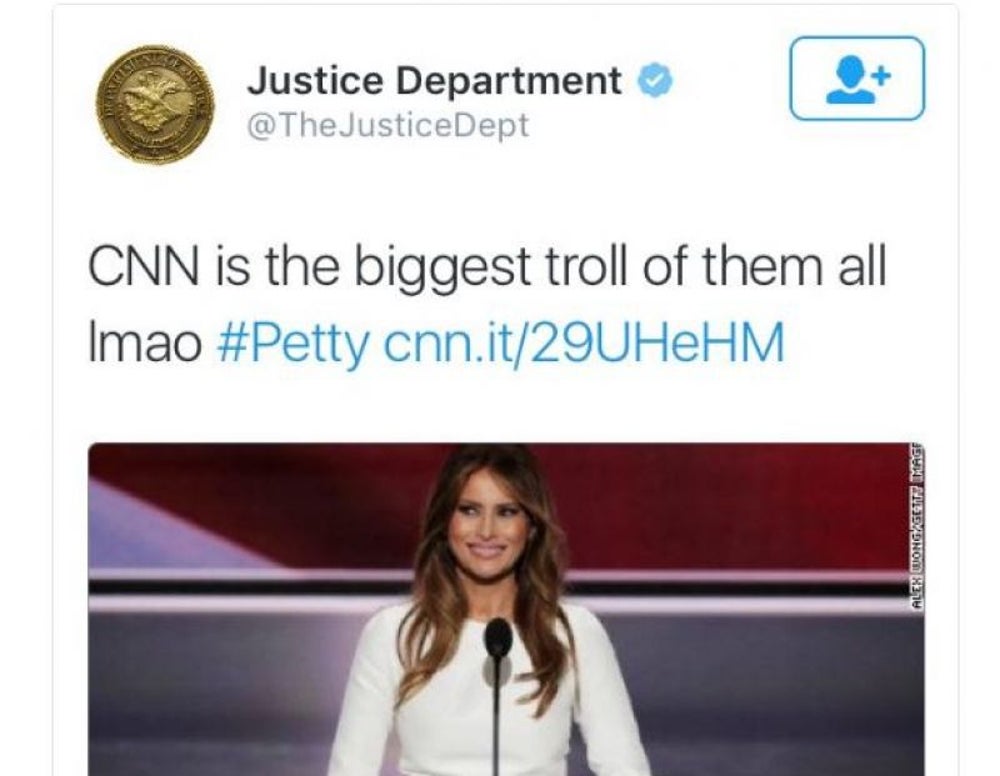 Politics is known to spark controversy -- and this year’s Republican National Convention was no exception, especially after allegations that Melania Trump cribbed parts of her speech from Michelle Obama. But drama unexpectedly came to the U.S. Justice Department when it seemed to weigh in on the matter on Twitter.

A Texas mattress company tries to cash in on 9/11. 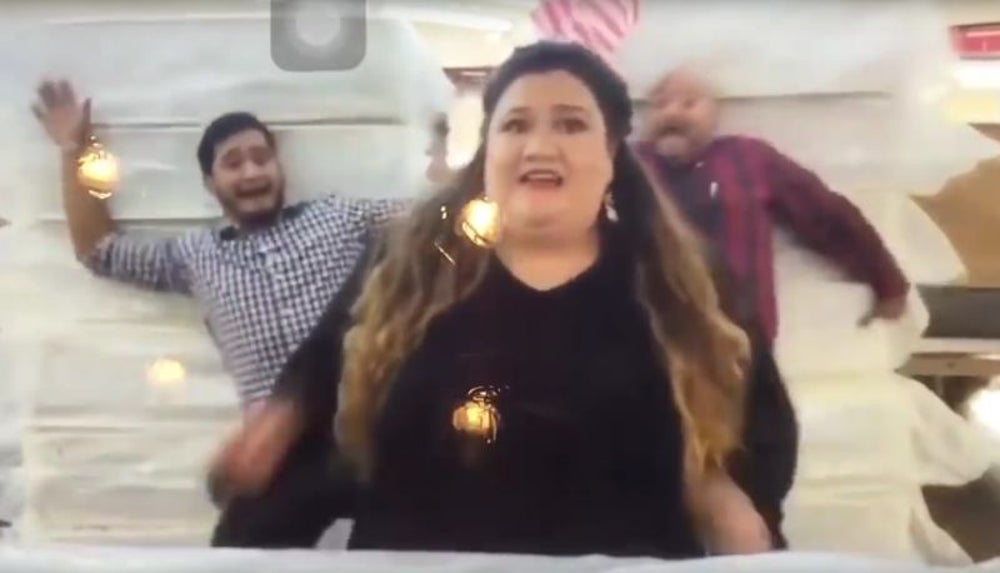 Many businesses peg sales to holidays, but the anniversary of the deadliest attack on U.S. soil should never be seen as an opportunity for commercial gain.

In the video, store manager Cherise Bonanno encourages customers to “remember 9/11” and “get any size mattress for a twin price.” At the end of the clip, store employees scream and fall backward into two stacks of mattresses, meant to symbolize the fallen North and South Towers of the World Trade Center. Bonanno then turns to the camera and says, “We’ll never forget.”

It’s insensitive to post any type of content that makes light of tragedy or serves to drive sales from it. Even bragging about a contribution you’ve made to the victims or combining your branding with an otherwise somber remembrance does not come across as a respectful tribute. It makes you look like you’re patting yourself on the back -- and trying to profit from someone else’s loss.