Get inspired by the daily schedules of these nine-figure-plus leaders.
Next Article

What do some of the world's most famous billionaire business leaders have in common? Clearly, they're all intelligent, driven, hard-working and have lots of digits in their account balances, but the similarities mostly stop when you compare their daily routines.

If you want to know how long you should sleep, when you should wake up, how long and whether you should work out or other lifestyle choices, you won't find a consensus among the business elite. What you will find is a fascinating glimpse into the lives of individuals who have more money than most of the people on Earth combined.

Click through the slides to read about the daily routines of billionaires including Jeff Bezos, Elon Musk and Oprah Winfrey, as gleaned from clues they've dropped throughout the years in interviews and speeches. 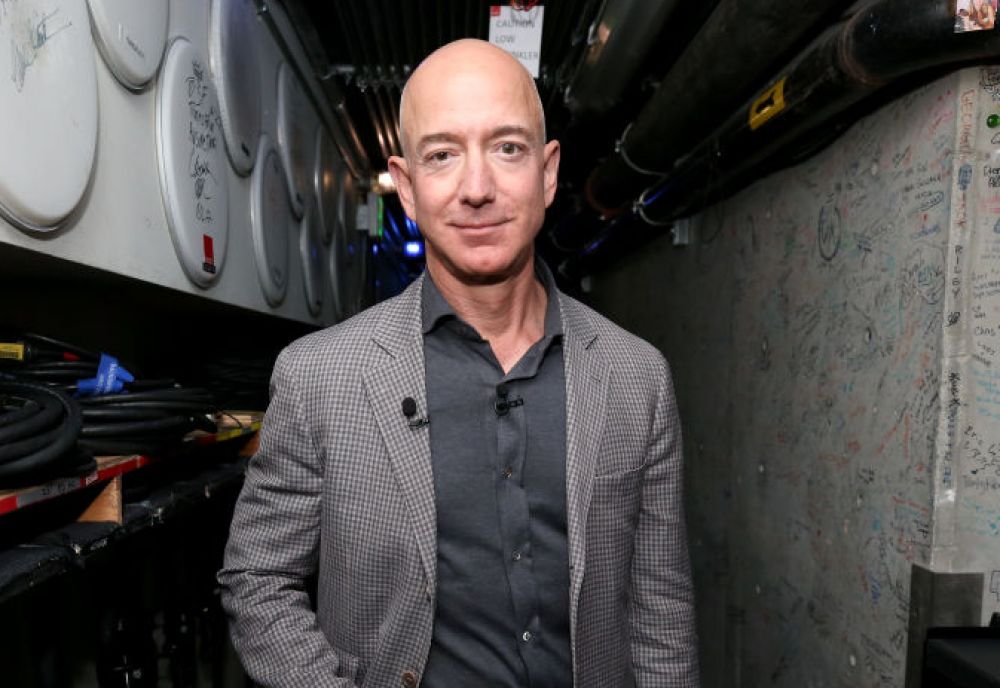 The world's richest man's daily schedule seems pretty relatable to the common person. Bezos reportedly aims to get eight hours of sleep every day, wakes up without an alarm, then spends his mornings reading the paper with coffee and eating breakfast with his family before heading to Amazon, according to Business Insider. If he has meetings, those tend to begin around 10 a.m.; he tries to keep his afternoons free of meetings. After work, Bezos has dinner with his family then washes the dishes. It's unclear when he works out, but he clearly does, as evidenced by the famous "Swole" picture of him. 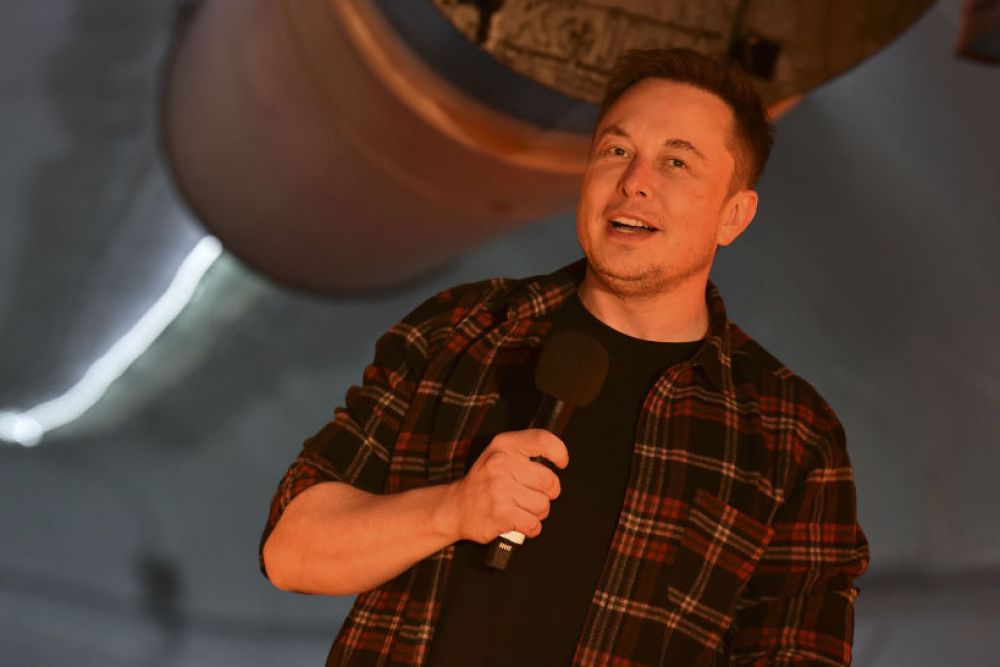 One of the world's most famous workaholics surprisingly shoots for six hours of sleep each night. The CEO of Tesla and SpaceX wakes up around 7 a.m. and typically skips breakfast, spending the time to respond to emails. He sees his five kids off to school before showering and going to work. Musk infamously blocks his day in five-minute increments, which also includes inhaling lunch. His 85- to 100-hour work weeks are split between Mondays and Fridays at SpaceX in Los Angeles and Tuesdays, Wednesdays and Thursdays at Tesla in the Bay Area. It's unclear when he makes time for his other projects, including The Boring Company and OpenAI. Musk doesn't take phone calls, instead only responding to email.

Related: I Ran My Day Like Elon Musk Runs His -- and This Is What Happened 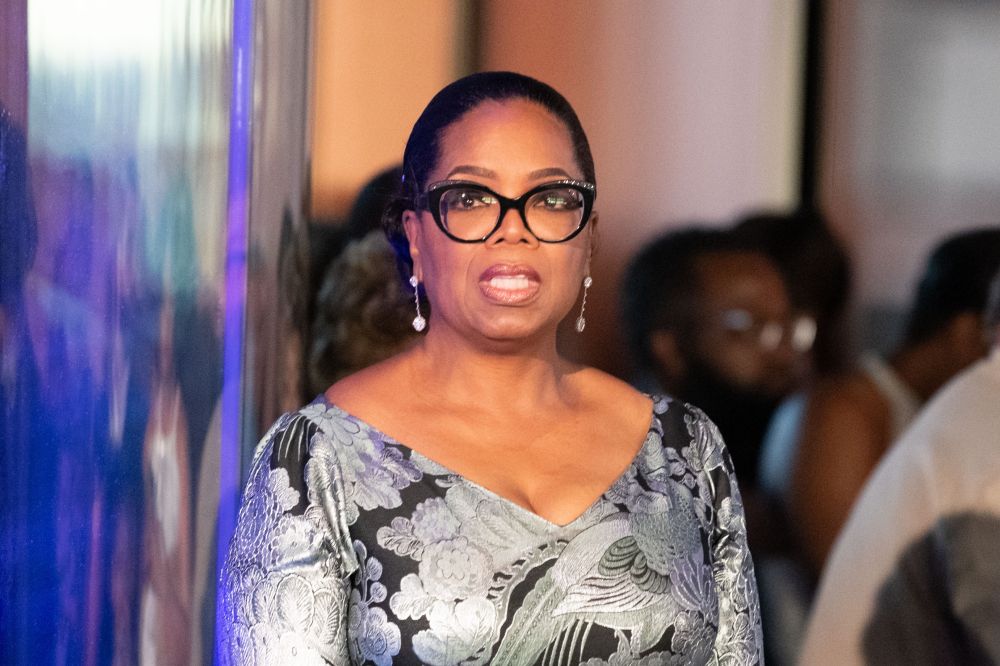 The media mogul typically gets eight hours of sleep before embarking on her peaceful morning routine. She wakes up without an alarm between 6 to 7 a.m. before brushing her teeth and taking her dogs out. She'll have some tea or coffee before working out and meditating. Winfrey eats breakfast around 8:30 a.m. Her workday (from home if she's not traveling) starts at 9 a.m. and ends at 6 p.m., with an hour-long lunch break at 1 p.m. Dinner is at typically at 6, followed by reading. Winfrey ends her day with a bath and writing in a gratitude journal. 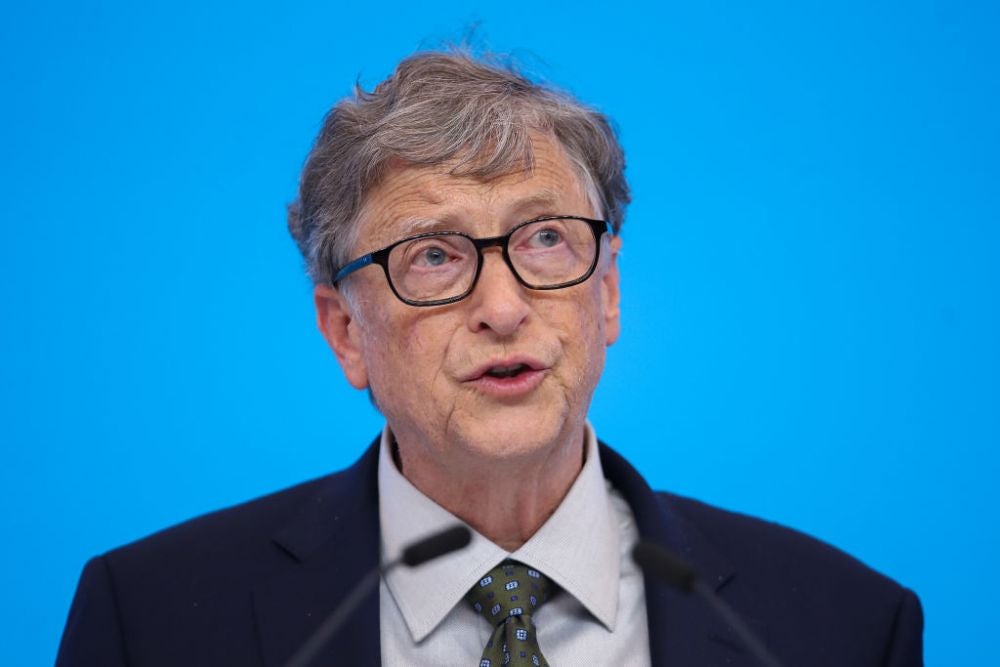 One of America's favorite retirees maintains a busy schedule with the Bill & Melinda Gates Foundation. The Microsoft co-founder and former CEO aims to get seven hours of sleep per night and usually skips breakfast. He may go on the treadmill before reading the news. At work, he shares the scheduling philosophy of Elon Musk, breaking his days into five-minute increments. Gates reads a lot, and his nightly ritual is doing household chores, such as washing dishes. 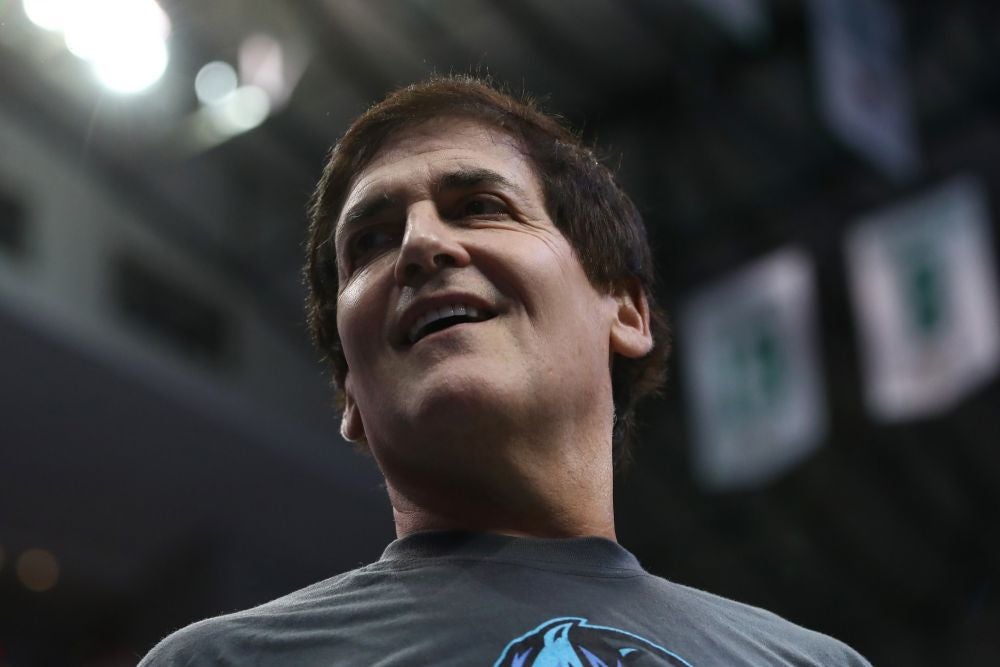 The tech billionaire, Shark Tank investor and Dallas Mavericks owner tends to get six to seven hours of sleep a night, although he said he's prone to wake up to get some work in occasionally. During his morning routine, he drinks decaf coffee and eats Alyssa’s Healthy Cookies, reads email and watches CNBC. Cuban spends about three hours reading per day. The father of three, Cuban said he tries to adjust his schedule around his children. He avoids meetings whenever possible. To end his days, he puts his kids to bed and exercises on an elliptical for an hour while watching basketball games.

Related: Mark Cuban Shares the Best Advice He Ever Got 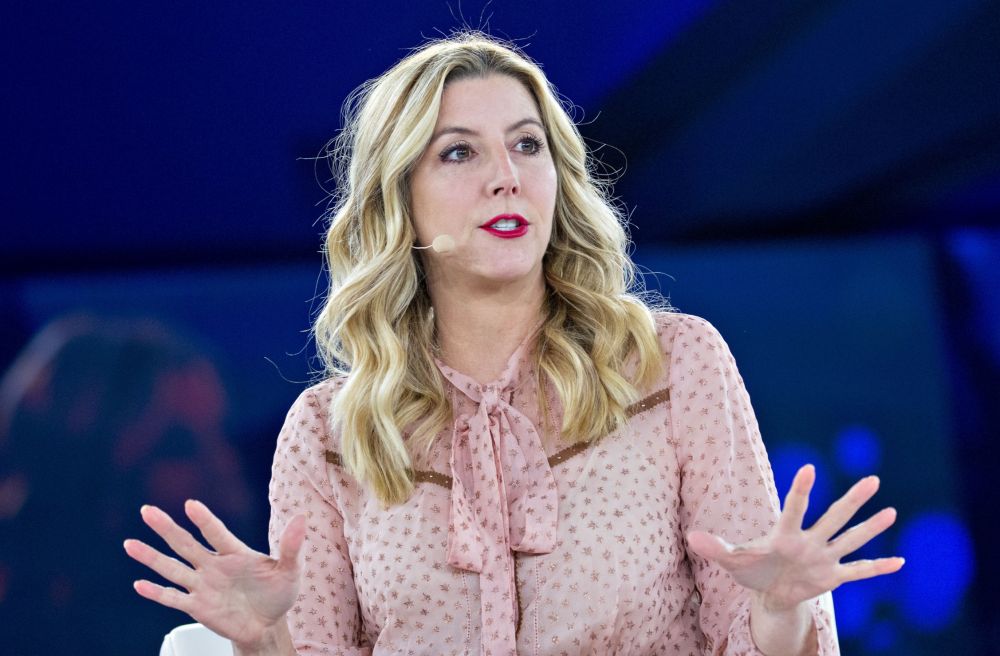 The billionaire founder of Spanx aims to sleep for nine hours, and she does yoga at home at 6:30 a.m. She then gets her kids ready and takes them to school. Blakely said she never drinks coffee -- for breakfast, she has a thick smoothie she said her husband thinks is "disgusting": frozen blueberries, dark cherries, kale, dates, cinnamon, spinach, cilantro, fresh mint, lemon, water, ice, chia and walnuts. She also has green tea with honey and homemade cashew milk. One of her daily rituals involves driving around. Even though she lives five minutes from the office, she spends an hour in the car, where she does her "best thinking." At work, she'll have meetings with different teams or do public relations. Each day of the week serves a different purpose for her. She heads out between 4 and 6 p.m. and picks up her kids. Blakely ends every night by taking a five- to 10-minute bath. 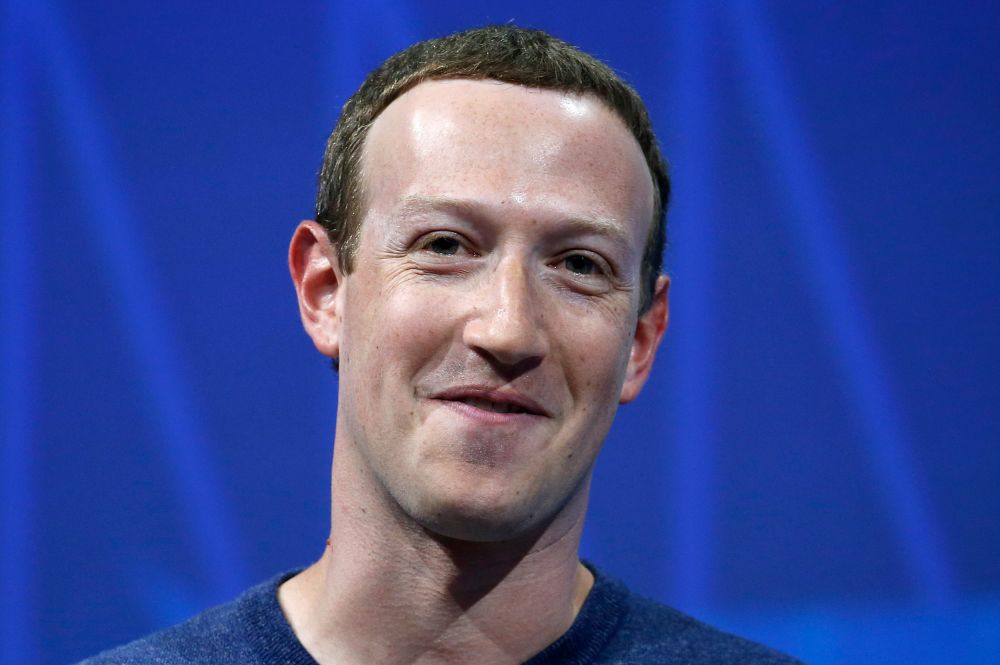 It's unclear how long the Facebook co-founder and CEO sleeps for, but he usually wakes up at 8 a.m. He then immediately checks his phone, specifically Facebook, Messenger and WhatsApp. He exercises three times a week and sometimes walks his dog, Beast. He'll eat breakfast and put on the same outfit he always wears: gray t-shirt and jeans. He works for about 50 to 60 hours a week (perhaps more now with the recent scandals rocking the company). Zuckerberg ends the day by tucking in his two daughters. 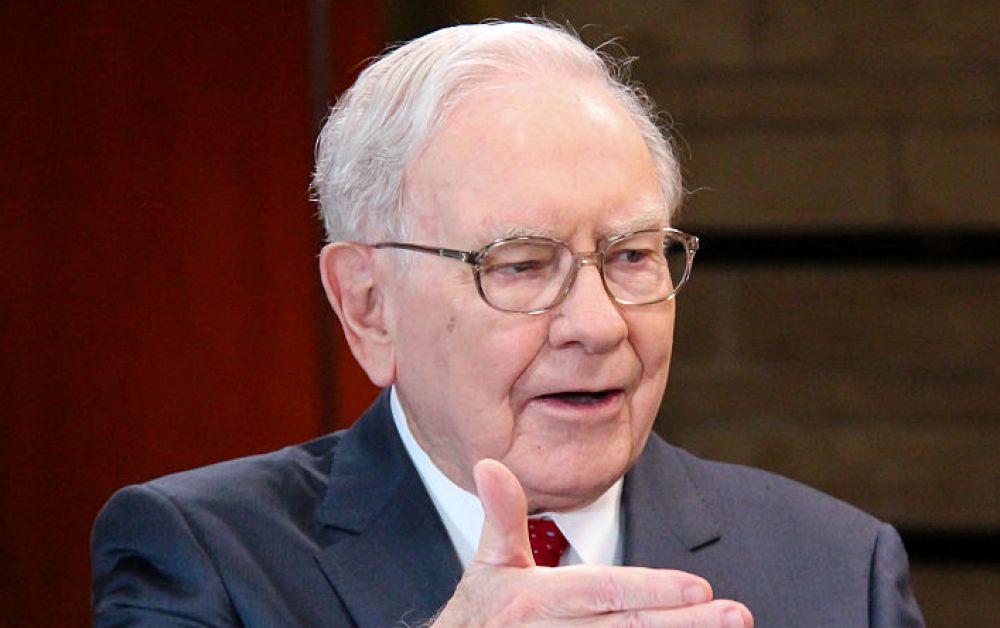 The Oracle of Omaha typically sleeps eight hours, with a wake-up time of 6:45 a.m. Before breakfast, he'll read a stack of newspapers. Buffett will then go to McDonald's. At the office, the billionaire chairman of Berkshire Hathaway spends a good deal of his time reading -- he recommends at least 500 pages per day. His after-work activities include playing bridge and practicing the ukulele. 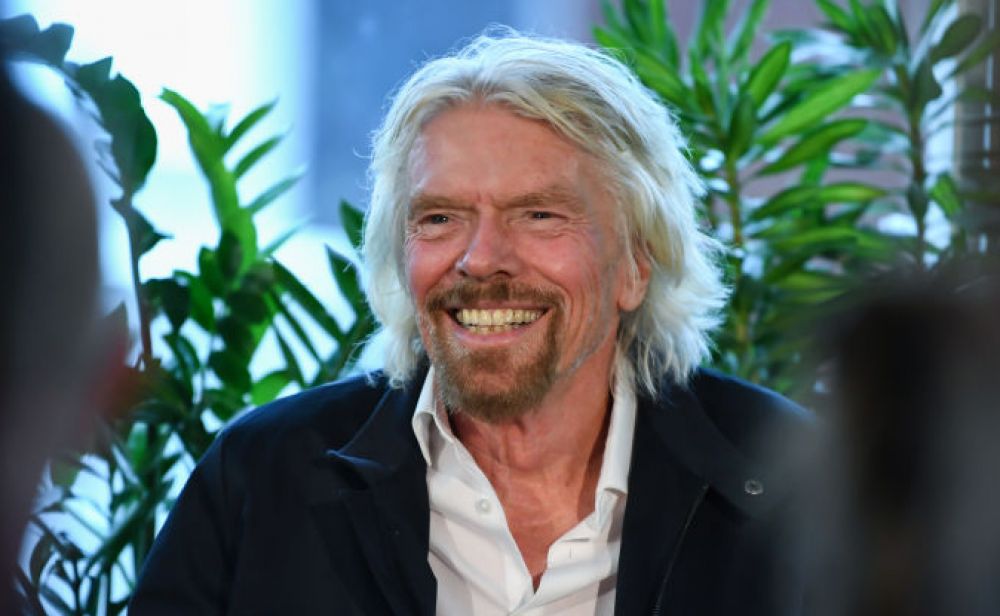 The go-getting founder of the Virgin Group said he gets out of bed at 5 a.m. after about six hours of sleep. Of course, Branson starts his day with exercise -- tennis, a walk or a run, bike ride or a kitesurf. Then he eats breakfast and spends time with his family. During the morning hours he goes through his emails and gets on the phone. Throughout the day, he reads news and checks out social media, and regularly writes blog posts. Branson said he drinks about 20 cups of tea a day and makes time for meals whenever he can. He ends his day with a group dinner before going to bed at 11 a.m.

Related: What Richard Branson Learned From His 7 Biggest Failures 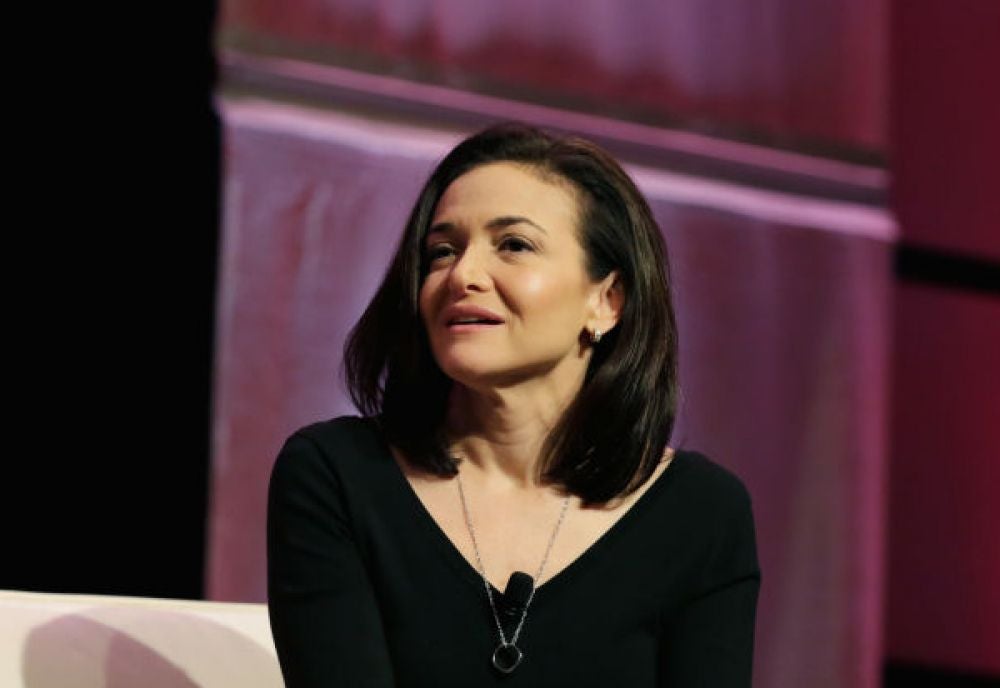 The billionaire COO of Facebook gets up early -- she gets into the office around 7 a.m., and that's after she spends an hour responding to emails, working out at her home gym and dropping her children off at school. She spends most of her workdays in meetings and leaves the office at 5:30 p.m. sharp. Sandberg always has dinner with her children and spends the rest of her evenings reading books or watching what she calls "bad TV." She then turns off her phone and goes to bed at 9:30 p.m.