6 Global Alternative Cities to Silicon Valley to Start Your Company

By Josh Steimle
July 22, 2015
Opinions expressed by Entrepreneur contributors are their own.

Silicon Valley is a Mecca for startups. Its mature eco-system offers a proven culture of innovation, ample (if expensive) talent, plenty of funding and top-notch resources for developing and scaling a company.

In a recent chat I had with Mikkel Svane, CEO and founder of Zendesk and author of the book Startupland, Svane dubbed Silicon Valley "the Mothership" and "the center of the universe for startups." Svane founded Zendesk in Copenhagen in 2007, and along with his two co-founders, transplanted the company to San Francisco in 2009. I asked him what drew his team from Denmark to California.

"Silicon Valley has a company building culture," he says. "There are all the ingredients. Investors with experience, so there's capital, and they help you recruit people and figure out the different phases of business development, etc."

Next I spoke with Alexandre Wayenberg, CEO and co-founder of Shape, a company currently developing ShapeScale, an Internet of Things device that takes a full 3D image scan of your body shape so you can track muscle growth and fat loss over time. Wayenberg shared three reasons for what, in his opinion, keeps Silicon Valley ahead of other startup hubs.

"The first reason is that innovation starts and ends with people. Silicon Valley attracts talented people that are willing to take the chance to work for new startups. They want to make a difference. You need this mindset if you want to create something new," he says. "The second reason is that it's very easy to get in contact with people that have succeeded and they can give you advice learned from experience. The third reason is that Silicon Valley's primary industry is the startup industry. It provides much more resources to scale your business when the time is right."

Silicon Valley is to startups what Hollywood is to movie actors. If you can make it there, you'll be rubbing shoulders with unicorns, even decacorns, however, it's not all fairytales and dreams coming true. Launching a startup there is expensive and very competitive.

Regarding his experience bringing Zendesk to San Francisco, Svane reflected that "it takes money. You need to be at that point where you go from being a proof of concept/great idea to something that can become a repeatable model. Without a proven model you're still in that phase where you'll probably fail, and doing that in a very expensive place is not a great idea."

Derek Andersen, founder and CEO of Startup Grind, a global startup community (Full disclosure: I'm a volunteer co-director of the Hong Kong branch of Startup Grind), recently shared his perspective with me on what it takes to relocate to Silicon Valley to launch your startup.

"If you have a good reason to be here (like getting into Y Combinator or taking funding) then it's a no-brainer. If you have few options, then the Bay Area won't be kind at the moment," he says. "When I moved to Palo Alto in 2005, my shared room cost $450. Today that same room is $1,200. The first backend engineer I hired in 2009 was $27 an hour. He's $75 to 100 an hour now. The Bay Area is the best place in the world to do a startup, but these days a lot of people have the same idea and that makes difficult problems even more difficult."

Silicon Valley is the gold standard for launching startups, but it's not all rainbows and unicorns. For young entrepreneurs, it may even feel like the status quo, a land of exorbitant rents and over-valuations, where relocating with a family is a stressful gamble, and investors are constantly looking over your shoulder, putting pressure on you to perform so they can harvest their windfalls before (shh!) the bubble pops.

Fortunately, our increasingly connected world is evolving faster than ever and there are many burgeoning startup hubs where forward-thinking entrepreneurs can create amazing opportunities for themselves. Here are six alternatives to Silicon Valley to consider. This list is by no means comprehensive but intended instead to provide a snapshot meant to inspire you to take a look at other parts of the world and what they might offer. 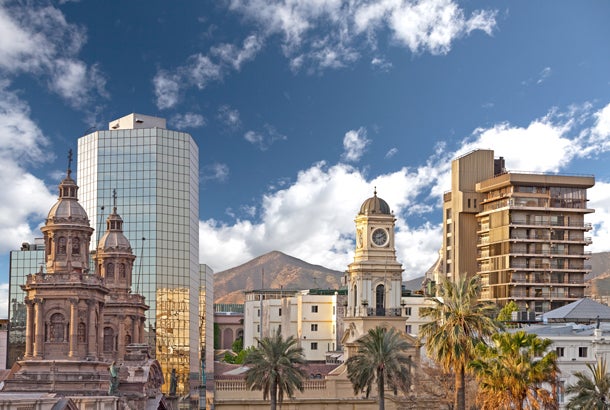 Easygoing Santiago, the capital of Chile, features a recently modernized downtown and incentives for entrepreneurs as part of Startup Chile, which offers a six-month visa, $40,000, free office space and mentoring in exchange for sharing knowledge with Chilean counterparts.

"Chile is probably the most Americanized country in Latin America," says Skinner Lane, founder and chairman of Exosphere, an entrepreneurial community in Santiago. Skinner adds that government bureaucracy is "pretty transparent." What's more, a small business can incorporate in Santiago in just one day. 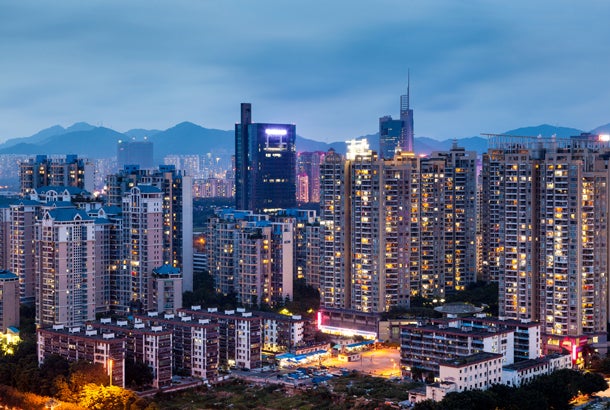 Just minutes north of Hong Kong, Shenzhen is part of the world's largest mega-city and the largest hub in the world for manufacturing mainstream electronics. This city has grown from a manufacturing outsourcing center to a thriving hub for hardware companies.

Startup hardware companies are seeking out HAX, a successful Chinese-American accelerator that has graduated more than 50 companies. More established teams who want to scale are linking up with PCH International, an Irish custom-design manufacturing company offering mentoring services.

Technical expertise abounds in Shenzhen, and at the massive SEG Electronics Marketplace you can buy all manner of components, including many sensors and chips that aren't available yet in the U.S. In terms of shipping product, you can't beat the extensive networks of the Pearl River Delta. 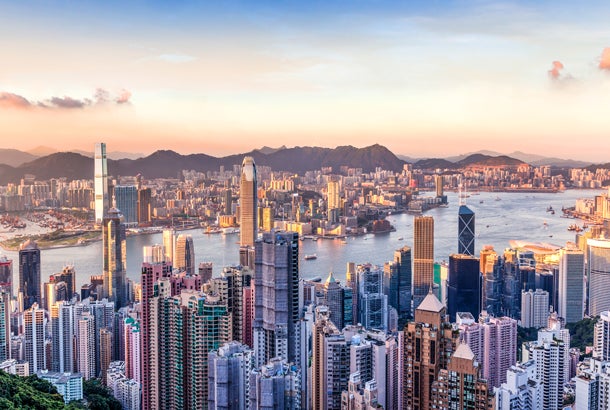 Hong Kong is shaping up to be the financial tech capital of Asia. Highly regarded for its infrastructure, an especially skilled, English-speaking workforce, a mature business environment, low taxes and regulation, excellent broadband speeds and a stable legal system, Hong Kong is also the home of 70 of the world's 100 largest banks, according to the FinTech Hong Kong Report, published in November of 2014.

The prevalence of English speakers makes it the ideal bridge between China and the U.S. and its geographical location makes it a gateway to Asia where a host of markets can coalesce. According to the Fintech Hong Kong Report, $3 billion was invested in fintech in 2013 and by 2020 the number of digital banking customers in China is projected to reach 900 million.

The startup ecosystem in Hong Kong has grown by almost 300 percent since 2009 and it will only continue to grow as successes inspire investors and entrepreneurs, according to the South China Morning Post. Since Hong Kong is still a relatively new hub, funding can be challenging, especially once you pass the seed level, however there are various accelerators, incubators and equity crowdfunding platforms to choose from, as well as a growing number of angel investors and smaller venture capital funds.

"Put together all your papers for an investment visa application at the same time you apply to one of the accredited programs such as the StartmeupHK Venture Programme or the Cyberport Incubation Programme," says Stephen Barnes, co-founder of the Hong Kong Visa Centre, an immigration consultancy. "If you get accepted to one of the programs, the Hong Kong immigration department effectively rubber stamps your investment visa approval."

Related: Finding a Competitive Edge in a Non-Traditional Locale 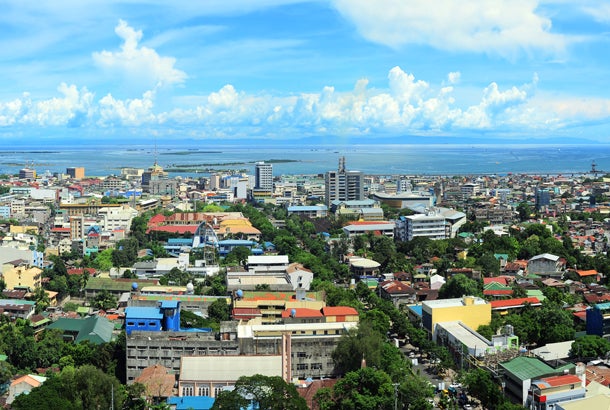 Cebu is a hub for social enterprises, those organizations dedicated to fighting poverty and improving quality of life in the developing world. According to Ravi Agarwal, who founded the social enterprise EngageSpark, Cebu is the perfect place for social enterprise startups because it's got a large talent pool of locals and ex-pats who are English speakers, it's got good infrastructure and the Philippines has a high concentration of urban poverty (60 to 70 million out of 100 million people), which makes it easy to target campaigns that aim to improve quality of life.

Since it's affordable, it's a great place to build products, test them and then scale them to the global market at a low cost to your company. In terms of livability, Cebu is a beautiful and economical place to live, with lots of outdoorsy activities close by. 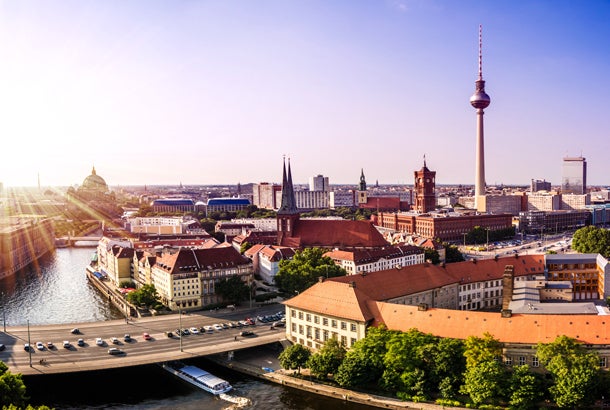 In the heart of Europe, Berlin is a culturally dynamic, international center, with plenty of talent and a thriving Internet sector. Alexander Ljung, CEO of Soundcloud, the online audio distribution platform that is headquartered in Berlin, calls it a "great intersection of art and technology."

Berlin is more affordable than most other European capitals, which makes it a lower risk for startup hopefuls. The international environment of "Silicon Allee" is a big draw for those looking to create a thriving dynamic company. Visas are easy for international workers to obtain, plus you don't need to speak German to live comfortably in Berlin.

There are co-working communities such as The Factory, sponsored by Google for Entrepreneurs, that encourage businesses at all stages to network and socialize. There are also accelerator programs such as Microsoft Ventures and Deutsche Telecom's hub:raum that provide funding, co-working space and mentoring to new startups. 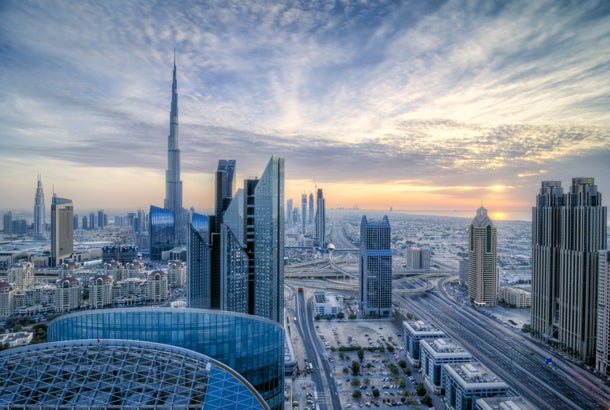 Dubai is booming. The McKinsey Global Institute calls it one of the world's most "connected global cities." According to the Dubai Chamber of Commerce, 16,198 new companies opened in 2014, which represents an 18 percent increase from 2013. What's more, in the fall of 2014, Dubai announced a $1.5 billion dollar expansion of its Internet City, where a new wave of Arab-owned companies will benefit from the support of a host of already well-established businesses from the Emirates.

Dubai boasts constructive government policies and an advantageous corporate tax system, both of which are meant to stimulate business. The economic free zone market has been established there as well, which should further encourage foreign startup hopefuls to give Dubai a go by exempting them from corporate and income taxes for 50 years, as well as allowing them to retain 100 percent ownership of their companies without having to partner with a local business. Outside the economic free zones, foreigners must partner with a local business that holds a 51 percent stake in the company.

All this brand new expansion does come with a price, however. Dubai is currently the third most expensive place for foreigners to live in the MIddle East, and each company founder must have a visa, which cost $2,000 to obtain and up to $5,000 to renew every two to three years. These costs are nothing to sniff at, but the ecosystem in Dubai is undeniably vibrant, with seed initiatives offering considerable funding and mentorship.

For example, Drones for Good gave out more than $1 million in awards this past February to boost the burgeoning drone industry in the region. Local accelerators provide low-cost office space and discounts on visa and free zone fees. Check out: In5, i360, Turn 8 and SeedStartup.

Of course, there are many other options for entrepreneurs, including running a virtual company with no real location at all. No one place is the right location for every startup.

Where did you start yours, and why? Let us know in the comments section below.

Related: 5 Factors to Consider When Deciding Where to Launch Your Startup