Clinton Global Initiative Kicks Off With a High-Stakes Startup Challenge

By Neil Parmar
September 23, 2013
Opinions expressed by Entrepreneur contributors are their own.

Pitching a business idea to former President Bill Clinton as well as microfinance guru and Nobel Peace Prize winner Muhammad Yunus is daunting, to say the least. But how confident can you be in a concept unless it first passes the rigors of a real-world test and possibly even an incubator program?

Last year, a team of four students from New York University's Abu Dhabi campus and I presented in front of a panel of judges at the Hult Prize, which awards $1 million in seed funding to innovative startup ideas that address a global social challenge. While we wound up winning along with two other teams out of a pool of more than 4,000 applicants, none of us had actually produced clean energy, fixed a significant element of the education system or tested a solution to the housing crisis.

Tonight, in New York City, things will be different. 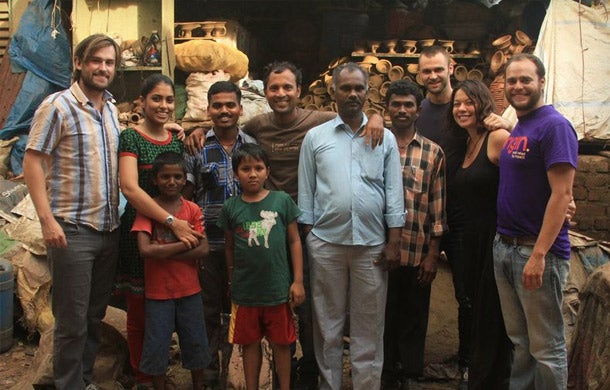 The 2013 Hult Prize, which kicks off the Clinton Global Initiative's annual meeting for heads of state and leaders of businesses and nonprofits, will award $1 million to the sole startup idea that best secures food for undernourished communities -- particularly for the 200 million people who live in urban slums. And each of the six teams of budding social entrepreneurs, who range in age from 22 to 32 and come from business schools from around the world, have already test piloted programs in developing countries.

Related: At CGI America, a 'Shark Tank' for Entrepreneur Development

Pulse, for one, is running a pilot in Ahmedabad, India. Developed by students from the San Francisco campus of the Hult International Business School, Pulse helps people save a portion of their irregular income to their phone using SMS so that they can spend it on food when no earnings come in. SokoText, from students at the London School of Economics, has been testing similar technology in Mathare Valley, Nairobi, by sending text messages from small-scale rural farmers to individuals in slums who want to secure wholesale prices for healthy produce once it arrives at a market. 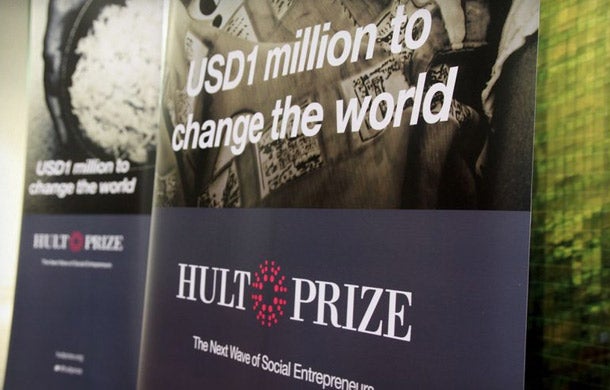 The Hult Prize is an annual competition that awards $1 million in seed funding to innovative startup ideas that address a global social challenge. Former President Bill Clinton is set to announce this year's winners ahead of the Clinton Global Initiative's annual meeting.
Image credit: Hult Prize

All of the startup ideas have also already been incorporated into companies --another new requirement for the competition. The process is playing out so differently this year because, for the first time, the prize money won't be funnelled through a partner NGO or nonprofit, as it has in the past. Instead, it'll be drip-funded directly to the young entrepreneurs and founders of the startups so they can implement their own plan.

"Seeding the winner with an NGO partner is not the way to go," says Ahmad Ashkar, the 30-year-old founder and CEO of the Hult Prize. "There's too much bureaucracy, and the innovation potential is too limited. We'll give the money to seed the startups, indefinitely."

Related: Investors Across the Globe Warm Up to U.S. Businesses, Cool to Emerging Markets

Each of the teams was also required to attend a seven-week incubator program. There, they attended workshops about innovation and fostering sustainable business practices. They also found mentors and legal support through the program.

Hosted in partnership between Hult's business school in Boston and the IXL Center, the program further asked each team to pitch the latest version of their idea every Friday to a panel of outside experts. "We took the first two weeks and ripped their ideas apart 1,000 different times and put into their heads: iterate, iterate, iterate," says Ashkar.

Some of the young finalists attracted to this year's competition passed on lucrative opportunities so they could freely invest copious sweat equity into their pilot projects. A few students from McGill University, for example, garnered summer internship offers from major companies that were willing to pay upwards of $50,000. But they spent time nurturing Aspire Food Group, a venture that grows, processes and sells edible insects as a sustainable source of protein and nutrients. (According to figures from the United Nations, around 2.5 billion people eat insects seasonally around the world.)

Related: Are Entrepreneurs Born or Made?

Think you could stand up to competitors for the Hult Prize? Let us know what your strategy would be with a comment below.