From Basement Boostrapper to Prominent Retailer

How this young entrepreneur grew his basement-housed clothing startup into a multi-million dollar retail and online community business.

By Amanda C. Kooser
August 21, 2008
Opinions expressed by Entrepreneur contributors are their own. 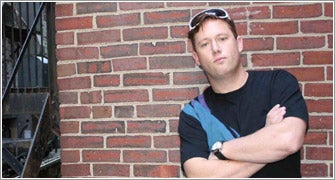 Wear it's at: With brand names like Artful Dodger, Married to the Mob and Naughty Monkey on its roster, Karmaloop is a far cry from your local mall's cookie-cutter clothing stores. "One of the things that makes Karmaloop unique is that we're much more than an e-commerce site," says founder Greg Selkoe. "We're a community of style." With his recent video venture KarmaloopTV and upcoming social network Junglelife.com, Selkoe has come a long way since bootstrapping the clothing retailer from his parents' basement in 1999. "We had to learn on a very tight budget and be very careful about every penny we spent."

Fashion forward: Karmaloop now has a passionate global customer base of more than 2.5 million unique web visitors per month. "We've framed it as a movement to help save people from the evil forces of McFashion," says Selkoe, whose Street Team consists of customers who go out and promote the store. The Kazbah section of the site features a handpicked set of up-and-coming underground designers who help keep Karmaloop on the cutting edge of urban fashion.

Harvard man: Streetwear may seem like an unusual market for someone with an urban planning background and a public policy degree from Harvard, but it's all led to a deeper cultural understanding that's helped Selkoe develop his business the same way a city grows from a small town. "Karmaloop is a lifestyle. It's not just selling clothes," he says. "Clothing and music and culture are completely linked. It's all symbiotic."

Follow his lead: Recruit passionate customers who can help you generate ideas and market your business.

What is your secret to success?
Selkoe: Staying positive. A number of things have come up that would make a lot
of people think this company would never succeed. The most important thing is believing in myself, the people I'm working with and the concept.

When did you know you had "made it"?
Selkoe: You never know that 100 percent. There was never one exact moment when I knew I made it. The thing that kept me going was the tremendous response
from our customers, even when it wasn't going well in terms of money.

What was the first toy or reward you bought for yourself when you became successful?
Selkoe: Staying in nice hotels is the main thing I started doing, and sometimes flying in first class. For so long, I was taking the bus and staying in flop houses. I would stay in hotels that should have been condemned. Now I'm starting to stay in nicer hotels.