These entrepreneurs revamped their businesses to survive the economic downturn.

By Jason Fell
May 2, 2011
Opinions expressed by Entrepreneur contributors are their own.

Many home-improvement companies needed a remodeling themselves when housing crashed and the recession took hold. The business fell into a "precipitous" decline in 2008 and hit its low point in February 2009, says Joe Emison, vice president of research and development at BuildFax, an Austin, Texas, firm that tracks U.S. building permits. Home-remodeling activity is only recently showing signs of year-over-year gains.

Many business owners struggled, and a number closed their doors. But some got creative. Here, we examine how three home-improvement companies rethought -- and in some cases completely reinvented -- their business models.

A Partner with a Plan 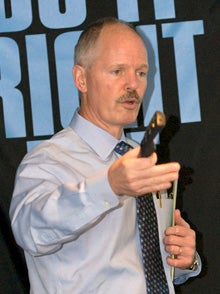 The recession was in full swing in 2008 when the management team at heating and air-conditioning company Princeton Air Conditioning Inc. realized that things were changing in the residential remodeling market. Not only was the economy down, sales were below budget. Company president J. Scott Needham laid off 10 percent of his 40-person staff and called an emergency meeting with his top managers. The goal was to identify alternative sources of revenue to keep the business alive.

"We found ourselves floundering in terms of sales volume," Needham says.

Instead of staying in a market where the business wasn't likely to grow, Needham and his team decided to also offer energy-efficiency services, including insulation, high-efficiency hot-water systems, and geothermal heating and air-conditioning systems.

"As we started to understand the home-performance industry, we determined that the market we operate in was ripe for this type of work," says Needham, who is 51. "The demographics, age of existing housing stock and 'sustainable' mindset of our customers made up the right mix of ingredients."

But how does a company start offering services that are so different from its core business? For Princeton Air, the answer was to find an experienced partner. In 2008, the Princeton, N.J.-based company became a franchisee of GreenHomes America, a 30-year-old franchisor providing a range of home energy-efficiency services. From there, Princeton Air spent $250,000 to add an insulation and air-sealing production crew, a sales representative and a 18-foot box truck to transport sealing materials and blowing machines. Princeton Air's fees range from $6,000 for an insulation and air-sealing project to $40,000 for installing a boiler, air conditioner, insulation and hot-water system.

The new business model boosted Princeton Air's annual revenues to $6.9 million in 2009, up 17 percent over 2008, Needham says. Last year, annual revenues reached $8.5 million and the new work accounted for nearly a third of its annual sales. 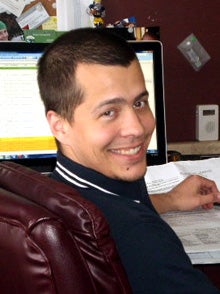 From Rebuilding to Consulting
Based an hour outside Detroit, Matt Vetter started seeing a downtick in his home-remodeling business, Crossroads Custom Carpentry, as early as 2006. By mid-year, revenues had fallen by as much as 30 percent.

"We catered to a local demographic that was employed primarily in the auto industry, which was struggling," says Vetter, who is 31 and lives in Hamburg, Mich. "This population began trending away from high-end remodeling long before the turmoil of their corporate employers hit the local news channels."

Vetter knew he needed to make a change. For new business ideas, he turned to his contacts in the quick-service restaurant industry, which includes such companies as Pizza Hut, Subway and Dunkin' Donuts. Vetter came up with a consulting business he called River's Edge Project Management, which assists quick-service restaurant franchisees with new store construction and development.

Related: How to Start a Consulting Business

"Making such a drastic switch in direction took a lot of determination and motivation," Vetter says. He spent the next several months developing his business plan and scouting for customers. To keep money coming in, he took multiple remodeling jobs on the side when he could find them. 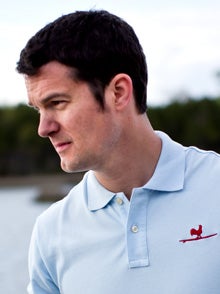 Making Remodeling Fashionable
In 1996, Rusty Meador moved to Wilmington, N.C., where he put his woodworking skills to work, picking up jobs remodeling coastal homes and restoring historic barns. In 2009, he founded Beach & Barn, his own residential remodeling business.

But coming to market during a recession proved to be more challenging than he thought. By mid-2009, monthly revenues were averaging only about $5,500. "I was naïve and didn't really understand how to turn the relationships I had built over the years into revenue," says Meador, who is 36. "I had been marketing the business as a general contractor, but wasn't differentiating myself."

The problem spurred Meador and his wife, Erica, to design a new logo. They came up with an image of a rooster (to symbolize work) on a surfboard (representing fun). Meador put the logo on his website and shirts he wore to job sites. An "aha moment" came when clients began asking how they could buy the shirts for themselves. Meador decided to sell the branded shirts and hats as an additional revenue stream.

He and Erica designed the items and had them produced in small batches, selling them online and in area retail stores. (Hats sell for $24, shirts for $22.) "Retail can be brutal," Meador admits. "We outsourced back-end operations like distribution and began selling them directly, which allows us about 50 percent return on investment."

While the apparel business makes up only about 10 percent of Beach & Barn's revenues, Meador says the extra income came in handy during the low times and helped drum up interest in the remodeling business. Last year revenues increased 33 percent over 2009. The first quarter this year was up more than 20 percent over the same period last year.

Which Is More Important in Content Marketing: Creation or Promotion?

Hive Social Temporarily Shuts Down Due to Security Concerns