Dana White shares his business insight on how he raised a pay-per-view spectacle from the dead and made it the hottest combat sport in the world. 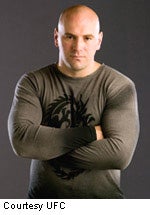 In 2006, it grossed more annual pay-per-view revenue than any promotion--ever. If you think we're talking about boxing, guess again. It was the Ultimate Fighting Championship, which pits mixed martial artists against each other in a showcase of the fighters' kickboxing, wrestling, jiujitsu, boxing and judo skills.

Even in 1993, the year Semaphore Entertainment Group (SEG) created the UFC, the first event broadcast on pay-per-view was a smash hit. While the events grew in popularity, SEG was marketing the sport as a human cockfight, which drew criticism and restrictions and drove the company to the brink of bankruptcy. That's when current UFC president Dana White and brothers and casino moguls Frank and Lorenzo Fertitta purchased the UFC in 2001 as Zuffa LLC.

Here, White talks about how they resurrected the UFC and are bringing the sport of MMA to prominence.

Entrepreneur: How important has branding been in the UFC's success?

White: Originally when we bought the company, this was kind of a unique situation where we bought a brand that was tarnished. At the time, we could have gone out and started our own company. Why go pay $2 million for the UFC when the company is dead and the sport is dead? But our philosophy when we bought it was, the UFC--good or bad--you've heard of it. Right now you're talking about the rise of mixed martial arts. There really hasn't been a rise in mixed martial arts; there's been a rise in the UFC.

Entrepreneur: When Zuffa purchased the UFC, how did you change the marketing strategy?

White: They marketed it as the most brutal, bloody sport in the world: Two guys enter a cage, one man leaves. It was great for them short term because originally their plan was, "Let's get a couple of pay-per-views out of this thing and make a quick buck." It took off and then evolved into a sport, but they had already laid down the foundation that this was a brutal cockfight.

When we got involved, we started to meet some of the [fighters] and realized the old marketing wasn't true. Most of these guys are college-educated guys, really good people and incredible athletes. We came in and marketed it the way it should have been marketed--as an incredible sport with amazing athletes.

Entrepreneur: How did you deal with the bad press the previous owners had generated?

White: They always say as long as you're getting press, whether it's good or bad, it's a positive thing. I've never agreed with that. I think that too much bad press can kill you. The thing that was great for us coming in and buying a company that had tons of bad press was we could come in and be the knight in shining armor. You could be the guy that comes in and says, "This is what they used to do, but this is what we're going to do now." Basically tell everyone how you're going to change it.

Entrepreneur: Have you made any business decisions you regret?

White: UFC 30--the first fight when we owned the company--we're in the Trump Taj Mahal in Atlantic City, we sold like 3,000 tickets in a 5,000-seat arena and the rest were comps. We did a gate of like $110,000 or something in that ballpark. We come back and do it again at UFC 31. Our next fight, we go from the Trump Taj Mahal to the Meadowlands.

We lost $2.4 million on that show. We put billboards up all over New York and New Jersey; we gave away a ton of tickets; we invited a lot of people from the cable systems; we had the press down there, other key people that we were making business deals with. When they showed up that night, the UFC looked like a big f---ing deal.

The place was packed, the music was rockin', and the fights were great that night. Was it the right decision? Look where we are today. Had it not worked, you would have said we burned $2 million that night, and it didn't make a difference. 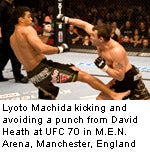 Entrepreneur: Considering your recent acquisitions, how do you decide when to acquire a competitor?

White: You acquire another company when they have things that you need or things that you want. The WEC was a small little show in California. They had a good reputation, and they had a good relationship with this Indian reservation at the time. When I went in and bought that company, I had a completely different idea for the WEC. But when I acquired them, we ended up doing something else with them. We ended up putting it on Versus Network and doing a deal with the Hard Rock in Las Vegas. You never know; you might buy a company for one reason, and you might hit it right somewhere else. That WEC deal will be way bigger than the Pride [a premier fight promotion company in Japan] deal, believe it or not.

Entrepreneur: At one point, Zuffa was $44 million in the hole. Was there ever a time when you thought maybe you should cut your losses?

White: Yeah, we were nervous a few times. One day I'm sitting in my office and Lorenzo calls me. He says, "This is crazy, and this thing keeps losing money. Why don't you go out there and see what you can get for this thing right now."

So I get on the phone and started calling around, and I found someone to buy it for $6 or $7 million. So I called Lorenzo back and said, "I think I got about $6 or $7 million for this thing."

To read about other businesses cashing in on the rising popularity of MMA, read "Get Your Kicks" from the July 2007 issue of Entrepreneur magazine.