David Mandelbrot believes these kinds of products will be big on the crowdfunding platform this year. He also shares his tips for successful fundraising.

If you thought that the internet of things was a passing phase, think again: the CEO of Indiegogo said he believes it will be this year's hottest category on the crowdfunding platform.

"From what we're starting to see, not to be too cliche, is this internet of things taking off," David Mandelbrot told me at CES. "Products that are connected to the internet in a unique way that impact many facets of our lives and let us do things we couldn't before."

Related: 3 Trends That Will Shape Crowdfunding in 2017

IoT, in which regular devices such as refrigerators and even hair brushes are connected to the internet, has been seen as a technology that could change the world. But knowledge of the category is still lacking, with a third of consumers not knowing what IoT is, according to a Yahoo survey. Others are more dire about it, with the staff of Wired saying the internet of things will die this year.

Mandelbrot, who said Indiegogo was at CES to support its entrepreneurs, believes that better internet connectivity and devices such as Amazon's Echo have helped pushed IoT into the mainstream. He points to Playdate, an internet-connected ball that features a camera and can be controlled by people while away from their furry friends, as a sign of things to come. Playdate raised $772,954, 600 percent of its funding goal.

The Indiegogo CEO also expressed excitement about equity crowdfunding, which launched on the rewards-based platform in November. So far, only five companies have utilized the funding method, which allows anyone to be an investor in the business, but all have met their minimum funding targets.

"We've very focused on educating both entrepreneurs and backers of those campaigns," he said. "It's definitely a challenge, but it's also very new." 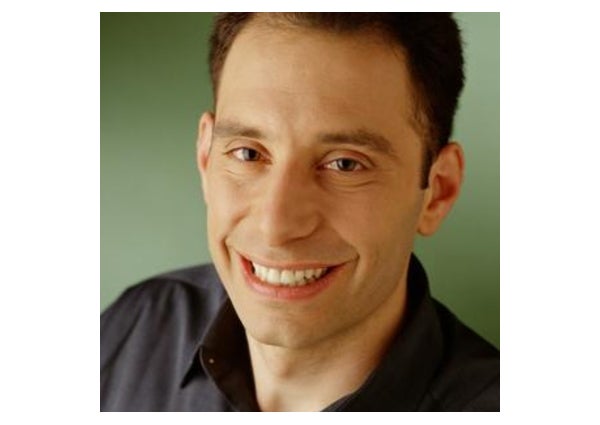 Below, Mandelbrot shares his top crowdfunding tips for 2017:

1. Consider crowdfunding even if you don't need funding.

"Last year, Indiegogo launched Enterprise Crowdfunding to help large companies conduct market testing, launch products and support new innovations. We did this because many established companies were already leveraging the massive Indiegogo audience for market testing of their products."

"At a minimum, start planning your campaign at least two months before you intend to launch. During this time you can research similar campaigns, continually improve your campaign page and adjust your plan as needed. Your pitch text and video are incredibly important, so give yourself time to get it right. We've found that projects on Indiegogo that have a video raise 4 times more than those without one. You also need this time to build a robust media list that you can blast your news to as soon as you launch."

"We've found that campaigns with a team raise an average of three times more than those that try to work alone. Having a team means you'll be able to leverage a variety of different strengths and divide the many tasks you need to complete to be successful."

"People are not just contributing to get a perk, they are supporting your team. Make sure that you describe who you are, why you are running the campaign and exactly how you plan to use the money. As the campaign progresses, update your followers often so that they feel like they are part of the journey. As your first customers, you'll want them by your side as your business grows."

Related: Is Crowdfunding Right for You? Answer These 7 Questions to Find Out.

5. Spread the word and engage with your community.

"Before and throughout your campaign, it's important to have an audience that will not only contribute, but help spread the word about your project. You can do this by creating an active social media presence, hosting events and doing media outreach when your campaign launches. You want to have an established group of supporters when you launch who will share their excitement with the world."

"Make sure that your perks are exciting for your backers and that you and your team can deliver them on time. If your perk gives contributors early-bird access to your innovation, you'll be able to gather valuable feedback about how you might improve it."