This First-Time Novelist Wrote About Startups, and Learned Some Vital Truths About Entrepreneurs

Doree Shafrir shares what she learned about the tech industry while writing her book Startup.

The startup world, with its penchant for outlandish perks, overblown valuations, inscrutable jargon and big egos talking about disrupting industries and changing the world, is ripe for satire. Doree Shafrir does just that with her debut novel Startup.

The story follows three central characters: Mack, a high flying young founder of a mindfulness app; Katya, a reporter for a tech publication; and Sabrina, the wife of Katya's editor and a writer herself who is doing her best to get a foothold in the workforce again after taking time away to raise her kids. Their lives intersect when it's revealed that Mack has been having a relationship with one of his staffers and it falls to Sabrina and Katya to get to the truth.

Shafrir, whose day job is senior culture writer at Buzzfeed, is based in Los Angeles, but in Startup she has trained her eye on New York's Silicon Alley. The book aptly skewers the trappings of the tech industry, but also gets to the heart of one of its most a persistent and pernicious issues -- its treatment of women.

It is an industry that, according to recent data, one in 10 women report they experienced unwanted sexual attention from a colleague. Just 17 percent of all companies that receive venture funding are run by female founders. That number seems all the more staggering when a company such as Juicero raised $120 million.

In March, Shafrir wrote a piece for Buzzfeed titled Feminist Hypocrisy Is The New Trend In Startup Narratives, exploring what happens when the behavior of female leaders doesn't match up with the empowering message they espouse, and how the fortunes of erstwhile CEOs such as Thinx's Miki Agrawal and Nasty Gal's Sophia Amoruso are linked to Arianna Huffington's position as Uber's first and to date only female board member.

Amoruso and Agrawal have stepped aside from their companies amid their misdeeds coming to light -- though Amoruso's most recent venture is a media company based on her book Girlboss -- but Travis Kalanick remains number one at Uber.

While those stats and high profile figures are the ones that are freshest in our collective memory, they are unfortunately not rare. Shafrir says that the events that were at the forefront of her mind in 2015 when she started writing the book were Bumble founder Whitney Wolfe's sexual harassment lawsuit against Tinder and Kapor Capital partner Ellen Pao's gender discrimination suit against against venture capital firm Kleiner Perkins.

"I already kind of knew that I wanted to write something related to sort of gender politics and sexual harassment," Shafrir said as she recalled the outcome of Pao's trial. "I was like 'wow, I guess things have not changed as much as I hope they have.' I didn't think the book would feel dated exactly, but in my head I was like well, I hope people still remember this stuff when the book comes out."

Related: Why Women Entrepreneurs Have a Harder Time Finding Funding

But when even Facebook has long since given up on its one-time mantra of "move fast and break things," has this idea of the Silicon Valley rebel epitomized by someone such as Kalanick outlived its usefulness? Or are we just going to keep seeing it occur, and then perhaps crash and burn?

"I think that particularly at startups there is a tendency to kind of think of yourself as operating for the greater good and that whatever app or product it is that you created is something that will change the world, and disrupt things," Shafrir says. "So that becomes kind of a cover for other behavior."

Shafrir says that getting into the mind of startup founder Mack was one of the biggest challenges of writing the book. She wanted to make sure that she was accurately portraying his world view, so as part of the writing process, she met with a dozen startup founders who spoke with her on background about their experiences.

One conversation that stood out to Shafrir was about one of the reasons why people leave tech jobs. They felt the problems they were being given to solve were not challenging enough, according to that account. Another was the question of how to deal with a loyal employee who may have been there from the very beginning, but who is unable to change as the company does and actually ends up having a negative impact upon the culture.

She also found the book helped shape her view of what it takes to be a successful entrepreneur. 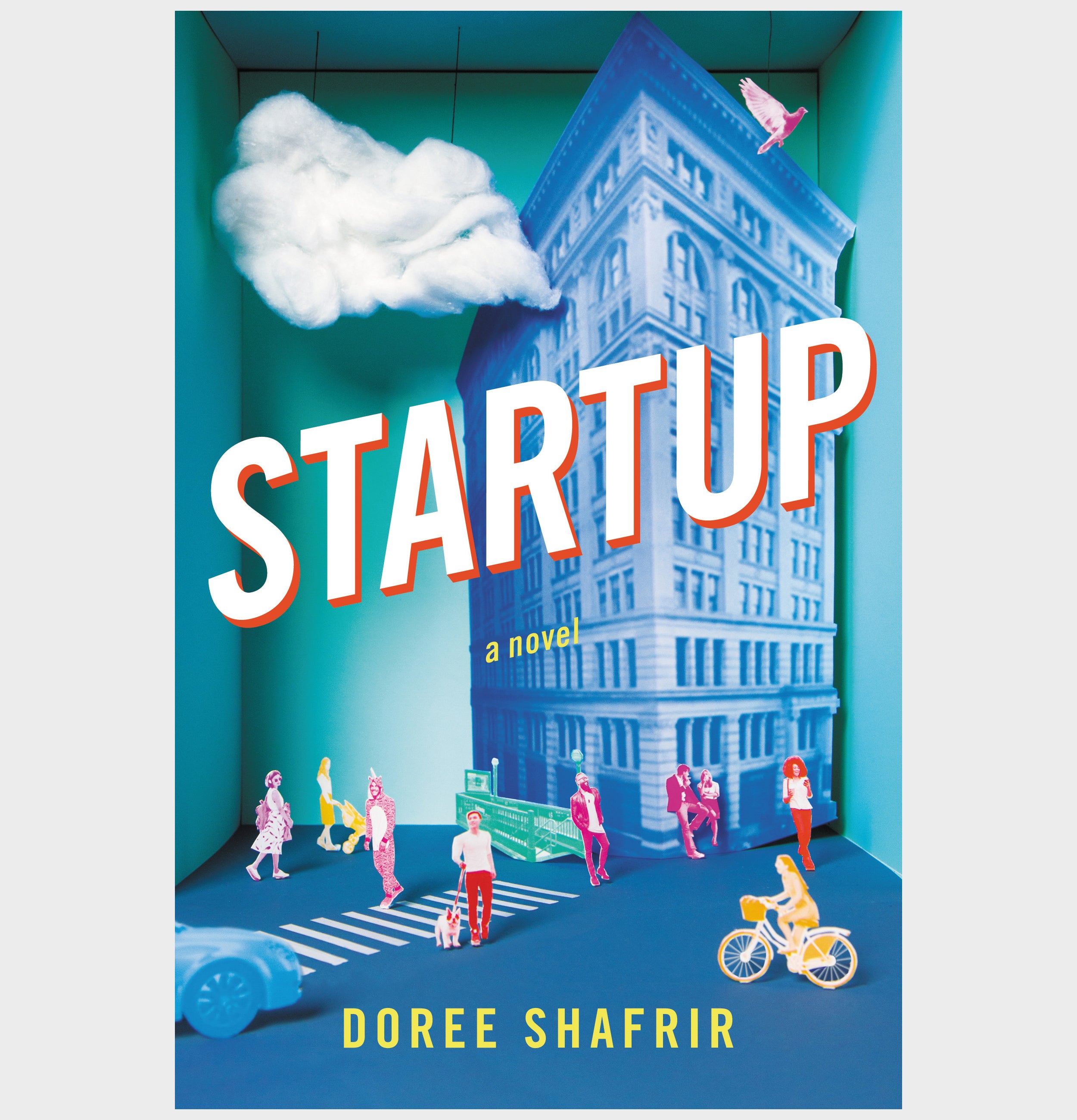 "I think there has to be an element of narcissism. And that cuts both ways. Like I think you have to be narcissistic enough to believe to believe in your idea. And to believe that your ideas are worth pursuing and to keep pursuing it," Shafrir says. "But you know you can also see very clearly how that can go awry when there are no checks and balances."

Of writing the book itself, Shafrir, who had never written fiction before Startup, says that the process began with a New Year's resolution to write every day. Realizing that she was most creative right after she woke up, she set aside an hour each morning. She would set a timer, put her phone in another room and installed the internet blocking program Freedom on her computer so she could focus.

Shafrir says that her best advice for someone who wants to try something new is to prioritize carving out time to do it. "You just have to make the time and no amount of time is too small. I think that is the key," she says. "I think people kind of like talk themselves out of things or psyche themselves out by saying like "oh you know, I really don't have the time' or "I only have like I only have this half hour where I could do something.' If you do something every day for half an hour you can actually get a lot done."

The other key is to finish what you start. "Even if the thing turns out to need a lot of work ... at least you have something to work on," Shafrir says. "If you get used to the idea of finishing stuff all the time, then each thing doesn't feel as heavy."