Rolling With The Punches

As far as origin stories go, the tale that Round 10 Boxing Club co-founders Abdulla Khoory and Ahmed Seddiqi profess about the start of their enterprise is one that is rather believable, and perhaps more importantly, one that should be quite relatable to all you entrepreneurs-in-the-making out there. The two UAE nationals, who also happen to be first cousins, were at a Formula 1 event at Abu Dhabi in 2012, during which they lamented about not having a similarscaled platform for a sport they were particularly passionate about: boxing.

“We were watching the race,” Khoory recalls, “and Ahmed mentioned to me that he’d love to see the sport of boxing in the UAE to one day be at a level as that of Formula 1 and all the other sports that are being heavily supported by the country, [as] unfortunately, we don’t hear much about boxing here… And while we were talking, we began wondering: why don’t we start something, and try [by ourselves] to promote boxing in the UAE?” It may have been just an idea at the time- but this moment marked the genesis of Round 10 Boxing Club. 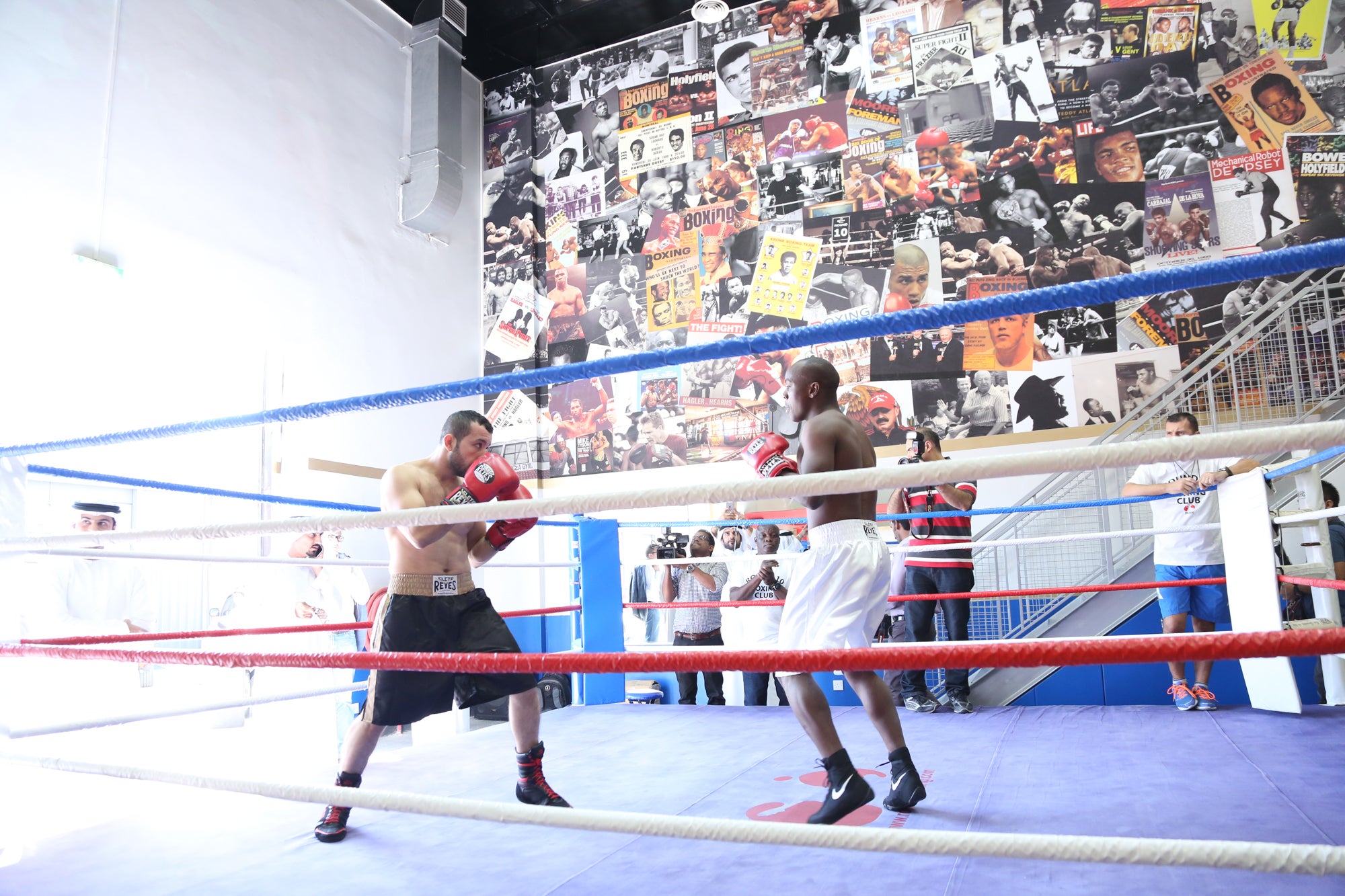 Following that night, the two men continued to discuss and debate the idea, with each of them conducting their own research into the viability a boxing-focused gym in the UAE. Having said that, they weren’t expecting their potential business to be a quick money-generator either- as long as it was an enterprise that could sustain itself while also having the potential to grow in the future, then Khoory and Seddiqi were willing to invest their time, effort and money in the same. With that idea in mind, the two went about making their dream a reality.

But the way ahead had its own share of hurdles. “We were taking a big risk opening a specialized gym for only boxing, because we didn’t exactly know if there was a market for it,” Seddiqi remembers. “That was one of the biggest risks that we took- but we just took it, you know… Business is, after all, all about taking risks.” The two then found a warehouse in Dubai’s Al Quoz neighborhood that they thought could be converted into the gym they envisioned- but again, it was easier said than done.

According to the co-founders, the biggest issue in this regard was getting all of the necessary municipality approvals in place for their gym. “People would [probably] think that we are UAE nationals and so, the process would be easier- but it was not,” Khoory laughs. “I keep telling people it was not.” The problem, he explains, was that they couldn’t get their contractor to start the fit-out for the gym without getting the building permit from the municipality. But in order to get this permit, one needs to have a tenancy contract for the space in place first.

“So, you cannot start approaching the municipality for an approval until you have signed the tenancy contract,” Khoory explains. “This means that you actually start your expenses before you get your approvals.” In Round 10’s case, it took a long while to get these approvals because it was located in a warehouse- in fact, Khoory says that it took them nearly a year to get past this particular challenge. “The first year was gone almost completely for this,” he says. “We had to pay the whole year of rent, and we couldn’t open because of these approvals.”

But the cousins remained resolute in their ambition to open a gym, and finally, in September 2013, after winning all the necessary approvals, Round 10 Boxing Club opened its doors to the public. While Seddiqi and Khoory had used their own money to fund the enterprise, they left no stone unturned in ensuring that their gym was fitted with the best quality equipment and products. Being boxers themselves, this attention to detail was a particularly important factor for them to have in the gym- and their clients have appreciated them for it as well.

“The response has been very good,” Seddiqi says. “It was slow in the beginning, but once people got to know of the place –thanks mainly to word-of-mouth recommendations- slowly, the footfall increased.” The fact that Round 10 was solely focused on boxing also helped. “When we did our research, we found that there were some gyms [in Dubai] that offer boxing classes,” Khoory explains. “But all of these gyms are not really focused on boxing. They offer many other workouts like kickboxing, jujitsu, etc. and boxing is just a small section.”

“So boxing enthusiasts aren’t given the attention they need, or they feel that they are not getting the right attention,” he continues. “That was why one of the decisions we made about our gym focusing only on the sport of boxing, because we really want to give the right information, the right training, of the highest quality to our customers.” This also explains why the duo have imported handmade boxing products by Cleto Reyes –a brand that’s considered to be the best in the industry- all the way from Mexico to be used at the gym.

Round 10’s focus on quality is also reflected in the trainers they have hired at the gym- its roster of coaches includes Morovan Viorel, a Romanian boxer who had earlier been recruited by the UAE Boxing Federation to introduce the sport to the country. With features like these to boast of, it shouldn’t then come as a surprise that Round 10, which celebrated its first anniversary last year, now has a dedicated fan following, with the co-founders keen on building on their success and setting up branches of the gym in the UAE’s other emirates soon.

"Our initial goal [with Round 10] was to build a home for boxers,” Seddiqi says. “But now, we are looking at it as a good business, where we could really expand, because we not only focus on the needs of professional fighters and amateur fighters, but also on fitness and helping people losing weight. So we are planning to expand- we know that there is a big potential for it. No one has our concept until now. We are planning to expand locally, and once we see it going well, maybe internationally [as well].”

Another of the ideas they have for Round 10’s further growth is to partner with government entities like the police, military, civil defense, etc. and provide their resources with fitness training through the sport of boxing. Khoory and Seddiqi had earlier approached Dubai SME to help them with this initiative, but it didn’t really pan out. Having said that, they haven’t let go of this dream either- the duo have now tied up with Tejar Dubai, and they are hoping that this new alliance will help them develop and grow this plan of theirs. 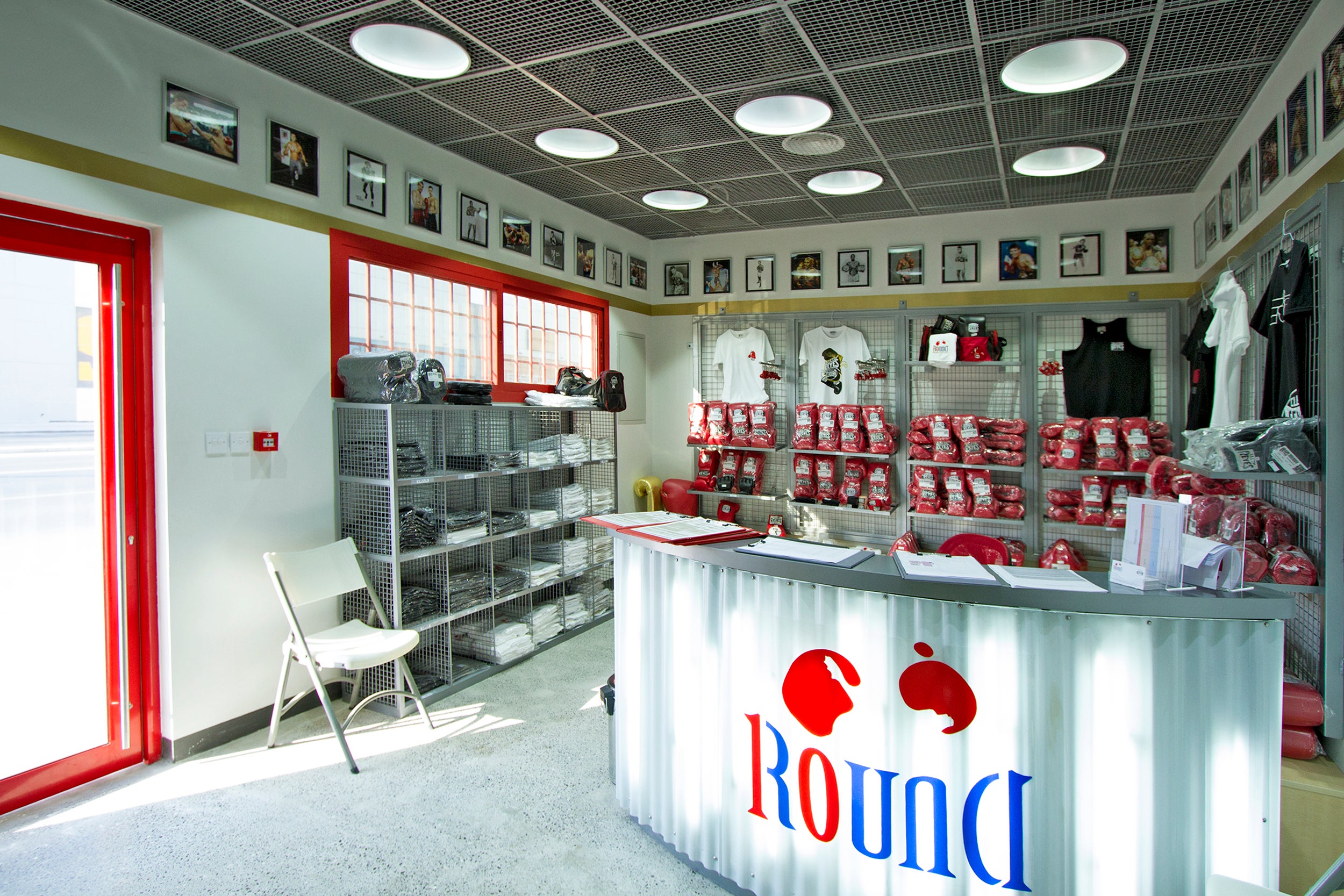 Image credit: Round 10 Boxing Club
But while expansion is on the agenda, both Seddiqi and Khoory continue to remain keen on building up boxing’s appeal in the UAE. “Our main objective –the idea we started with- was to look for people in the UAE to support, to train people that really have the passion and dedication to reach great heights in the sport of boxing,” Khoory says. “We’d like somebody to come and tell us that I want to represent my country in the future, and for sure, we’ll do everything we can to support them.”

On being cousins and business partners

Ahmed Seddiqi: “It’s been really great, because we have split the responsibility a 100%. And whenever I need help, he helps me; whenever he needs help, I help him too. So we have split the work- each one does his thing, so no conflict arises. And we had decided on this before even opening the gym- you can’t have two captains in one boat."

Riding The Waves Of Business As An Entrepreneur: The How-To