Pajamas That You Can Wear to Work? This Startup Wants to Be the Lululemon of Sleepwear.

For many women, sleepwear tends to consist either of the discombobulated dregs of one’s wardrobe -- handed-down boxer shorts, ratty T-shirts and frumpy sweatshirts, for instance -- or, on the other hand, uncomfortably decorous lingerie.

“The outfit that you wear to sleep is usually defined by being something so unattractive that you wouldn’t wear it in public,” says entrepreneur Ashley Merrill. “But the weird thing about that is that it’s the environment where you’re with the people who you probably want to look your best and feel your best around.”

Seeking a breezier option that fell somewhere in between, the 31-year-old fashion lover established Lunya (a play on "lugna," the Swedish word for relaxation) in October 2012. As a mother-of-two -- son Linken is 2 and daughter Vesper is 1 -- Merrill sought to create a sleepwear line for “the modern woman,” she says. After several years in development, the line officially launched in November 2014. 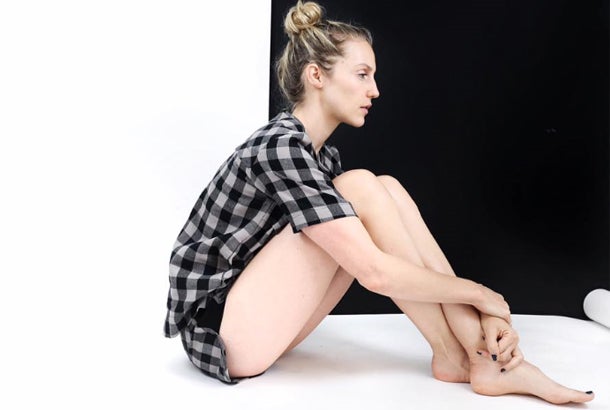 Lunya was self-funded, Merrill says, which “changes the pressure, but doesn’t mean there is none.” Her husband Marc Merrill co-founded Riot Games, whose League of Legends franchise posted revenues of roughly $1.3 billion in 2014. Merrill has no professional fashion experience, but previously served as the managing director of Momtastic, a parenting website.

Much in the same way that Lululemon brought the athleisure category outside of the gym with stylishly functional garments -- and lofty price tags to boot -- Lunya is making a similar bid for bedtime. Drapey cuts and neutral hues, as with this $140 sleeping gown and $120 harem pants, yield an air that’s elegant and starkly minimalist. So much so, Merrill says, that most customers regularly wear pieces outside of the bedroom.

“Basically, they wear it when they get home until they leave home during the week, and then probably most of the weekend,” she says.

To this end, in recent years, the increasing casualization of American style has caused some consternation among armchair fashion critics -- including, most recently, a Tennessee woman’s viral “Leggings aint [sic] pants PSA” rant. (But what, pray tell, do the fashion gods have to say about chalk-white eyeshadow and slicked back Bumpits?) 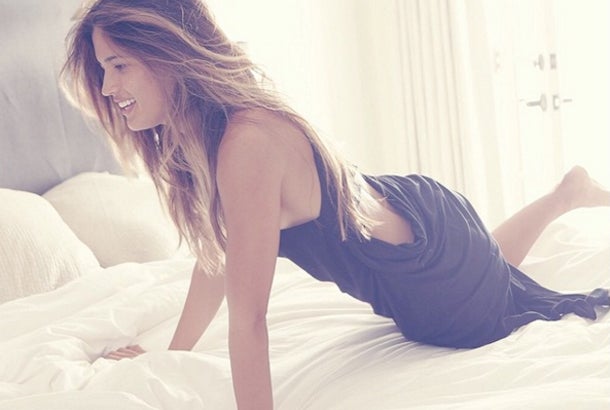 “We’ve seen the casualization of American fashion go from work clothes to khakis to jeans to ripped jeans to shorts and tennis shoes to now our activewear,” says Marshal Cohen, chief industry analyst at market research company The NPD Group. “We’ve gotten so casual that I think the next thing is we’re going to be wearing our bath robes to work.”

Cohen attributes this shift to an intrinsic human desire for comfort and ease, as well as a workforce in which casual dress is becoming more and more socially acceptable. “In the workplace today, if you go to the office wearing a suit, people will either think you’re going on an interview or to a family affair,” he says.

Merrill agrees. “Tech companies are so casual and people are working remotely so much more often,” she says.

Related: This Startup Is Putting a New Spin on the Basic Men's Tie

It is this same customer, one presumes, who wouldn’t hesitate to plunk down $85 for a T-shirt or $250 for a bathrobe (which Merrill says is the line’s hero item.) 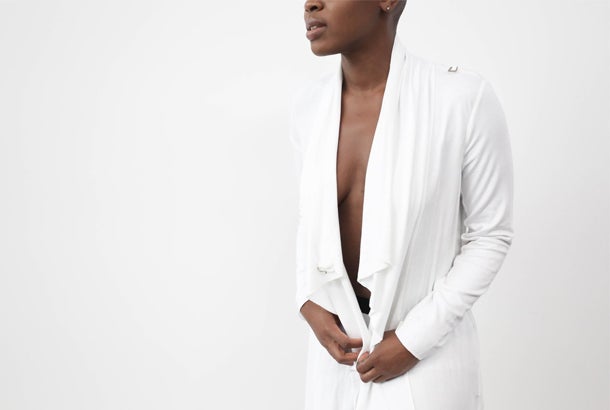 The activewear category, for its part, is exploding with no signs of slowing down. Growth is currently at 16.8 percent, Cohen said -- a rate that dwarfs any other category and far outpaces the growth rate of overall apparel, at just 2.8 percent. “As millennials continue to age into bigger spenders,” he says, “that’s not going to go away.”

After officially launching with 11 items, Lunya now sells 50 total pieces -- though Merrill ultimately envisions a solid basics collection of roughly 15 to 20 pieces complemented by limited capsule collections every few months. In the future, she also hopes to venture into menswear, childrenswear and potentially sleep technology.

She says she sees her biggest hurdle as education because, in a culture accustomed to comfort to the point of slovenliness, the value proposition of natural fibers with breathing zones, flattened seams that eliminate chafing and straps and bottoms that are specifically engineered not to fall off or ride up isn’t necessarily self-evident. (Similarly, Lululemon calls its sales associates “educators,” who serve to explain the fit, functionality and technology of its garments.) 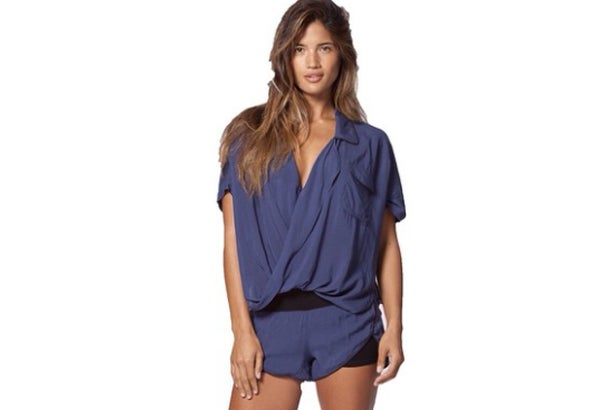 Certain early adopters have already fallen head over heels for the line. Celia Behar, president of parenting blog The Lil Mamas, heard about Lunya through word of mouth in December 2014. “It’s super soft, it’s really well-made, it’s washable, nothing has fallen apart on me and it’s not only cute but sexy,” says Behar, who adds she often sleeps in her favorite piece -- a black tank top -- and then pairs it with jeans to drive her daughter to school. “You can’t tell that it’s pajamas. Nobody ever knows.”

“While it runs a little bit pricey,” Behar continues, “the fact that you can wear it hanging out is a big deal.”

This Entrepreneur Is Challenging Us to Rethink What's In Our Closets. Here's What She's Learned Along the Way.