The #9 company on our Franchise 500 list calmed customers' pandemic fears with in-stock toilet paper and plenty of delivery options.

By Clint Carter January 19, 2021
This story appears in the January 2021 issue of Entrepreneur. Subscribe »

Stakes were high for the convenience industry in 2020. Demand for basic necessities skyrocketed even as customers grew wary of shopping indoors. “This was likely the most difficult operating environment for 7-Eleven’s small-business owners in modern history,” says Greg Franks, the brand’s senior vice president of operations support and chief franchise officer. “But we listened to their concerns and responded with urgency.”

To help franchisees through the pandemic, 7-Eleven deployed 60,000 hand sanitizer stations, lobbied the government to help secure SBA loans, and invested $160 million in financial support. More important, it made a dogged effort to keep stores stocked with basic goods. “Customers often found essentials available at 7-Eleven that were out of stock at big-box retailers,” says Franks. “Think toilet paper, medicine, and pantry items.”

Related: The 5 Spokes of Every Franchise Business

That was a big deal for consumers, given the brand’s ubiquity. The system has grown to nearly 9,300 domestic locations, and by company estimates, half the U.S. population lives within a mile of a 7-Eleven. And for those who can’t make it to the store, 7-Eleven can go to them: Through a network of third-party partnerships and its own 7Now app, the company delivers beer, Neosporin, peanut M&M’s, and more to 90 percent of its customers. During lockdown, that business increased by 500 percent. 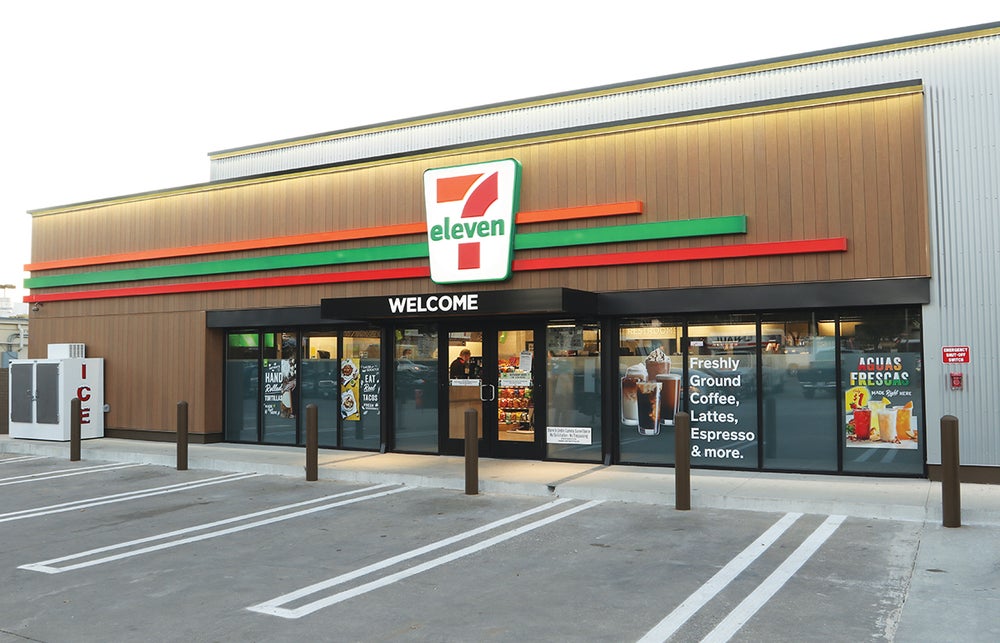 It’s not all positive news at the brand, though. A very vocal 7-Eleven franchisee association is routinely at odds with the company, opposing the level of control 7-Eleven maintains over individual units and, last year, the company’s stance on a California law that governs freelancers. But even as these disputes occasionally make news, the brand keeps growing. This is 7-Eleven’s 28th time in the Franchise 500’s top 10, and it is now deploying AI software to simplify inventory and ordering for franchisees, and testing a cashier-less concept at HQ in Irving, Texas. It’s also about to expand its footprint significantly.

Related: Has Coronavirus Killed the Appeal of Franchising or Made it Stronger?