NOMADD was created with an aim to develop technology that can ensure solar generators can technically and commercially thrive in harsh desert-like terrains.

By Aalia Mehreen Ahmed April 5, 2022
Opinions expressed by Entrepreneur contributors are their own.
You're reading Entrepreneur Middle East, an international franchise of Entrepreneur Media.

The almost perennial existence of sunlight in the Kingdom of Saudi Arabia makes it an ideal location to generate solar power. But the setting up of solar power generators comes its own unique set of maintenance and repair issues. For one, there’s the accumulation of dust and soil on the solar panels, a common phenomenon referred to as soiling, which can cause major operational disruptions and losses. And this is where Saudi Arabia-based startup NOMADD's automated waterless robotic cleaning solution comes in handy.

Launched in 2016, this Jeddah-headquartered firm was founded by Georg Eitelhuber with an aim to develop technology that can ensure solar generators can technically and commercially thrive in harsh desert-like terrains like those of Saudi Arabia. NOMADD’s “fixed-tilt installations” thus offer dust control solution for all desert solar array applications, with each of its robots capable of cleaning up to one kilometer of solar panels. NOMADD’s robots also require no manual labor or water usage, and they can be remotely controlled and monitored at all times, plus are designed to be adaptable and durable for a 25-year-long operation, with the feature of not running on the panel surface.

“We have helped rid the desert solar industry of water use, one of its most pressing historical issues,” Eitelhuber explains, who is also the startup’s CEO. “Our systems are built for long-term use, are fully recyclable, use local materials, and incorporate cradle-to-cradle design philosophy.  We also contribute staggering improvements on energy cost efficiencies that work hand-in-hand with the solar industry as a whole to increase the sustainability of all Saudi communities.” 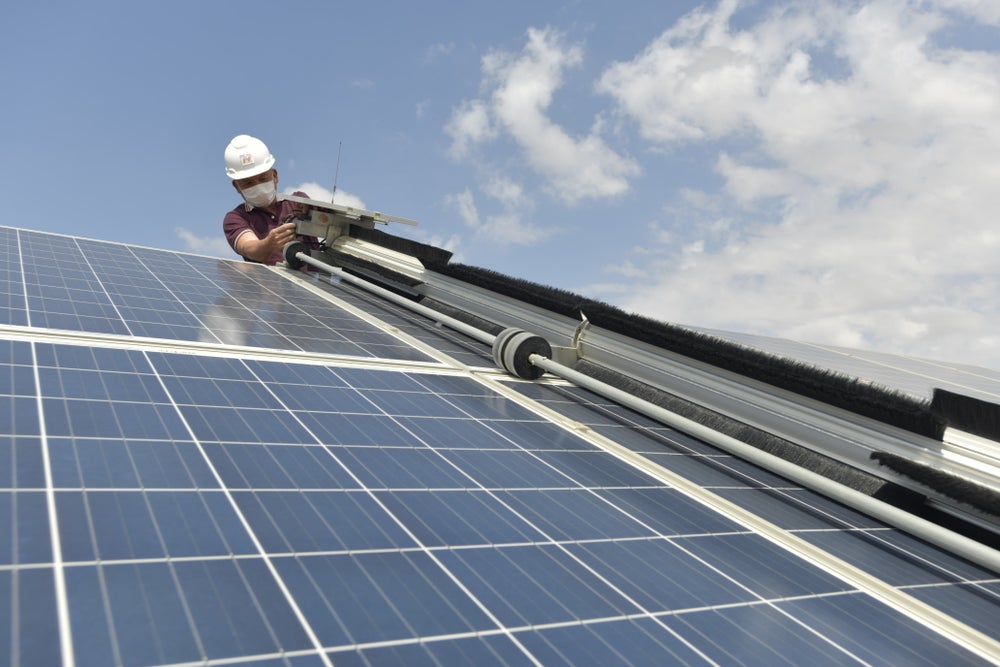 Eitelhuber’s journey with this startup, and its conception, began five years prior to its launch, in 2011, at the King Abdullah University for Science and Technology (KAUST). “Every entrepreneur dreams of discovering an unattended problem,” Eitelhuber says. “Back in 2011, in KAUST’s solar test facility, seeing manual labor as the only solution to solar dust at the time, I was given an unattended problem that would face an industry not yet born, in an environment only partially understood.”

But with that observation (and subsequent problem-solving) also came the cynicism that is often typical of what entrepreneurs have to face. “At the start, it was hard to convince people that there would ever be a large-scale need for a no-water, mechanical, automated, dusting device… or NOMADD!” Eitelhuber says, as he recalls how the name of the company came about. “That was because no one imagined a mass-scale desert solar industry in Saudi Arabia. But over time, the idea caught on. Now, the industry has arrived in full force, bringing the potential for clean energy into reality.” 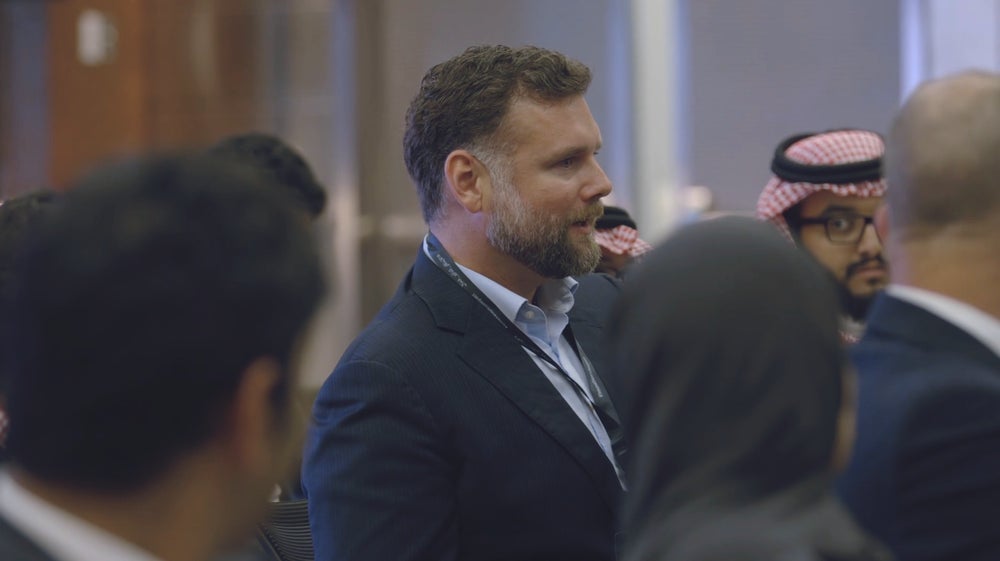 Related: Jordan-Based Startup Abwaab Is On A Mission To Change The Way MENA Students Learn Outside The Classroom

At this point, Eitelhuber recalls what he’d envisioned when he first came up with the idea. “When I started NOMADD, I had a vision of a sea of blue panels covering the desert across the region,” he says. “I wanted to solve the biggest challenge to that vision with what I could find.” Today, the founder’s vision isn’t too far aligned from what the country’s government wants to achieve through its Vision 2030 endeavors, all of which have sustainability at its core. In fact, one of the country’s most ambitious projects in this regard is the setting up of NEOM, a futuristic city being developed in the country’s northwestern Tabuk Province, with a focus on using only renewable energy, which includes a solar power generation site.

In January 2022, NOMADD announced that its dust control solution was chosen to be used at NEOM’s solar power plant, a partnership that entails the installation of two 5.5 megawatt solar arrays that will be used as part of hybrid energy systems to power the facilities during the city’s development. “NEOM is Vision 2030 in action, and so is NOMADD!” Eitelhuber exclaims. “We won the NEOM project to supply robots to its first commercial-scale solar tender, by going toe-to-toe with international competitors and coming out on top.  Over 60 NOMADD solar robots are working twice per day, keeping the array performance at over 99.5% capacity factor. Our systems have performed flawlessly in very harsh conditions for over six months, with no sign of slowing down.”

But that’s not all- NOMADD has two similar projects in the pipeline as well, and according to Eitelhuber, this progress is very reflective of the overall solar industry’s growth too. “The sector is evolving at an incredible pace, with the overall cost of solar energy plummeting well below any other form of energy right now,” he explains. “In the process of this innovation, technology choices, operating processes, and business models are all evolving too. Our agile development capability has seen us match the pace of this change, and, now with our latest technology offerings, exceed it by a substantial amount too.”

Eitelhuber is thus confident that his startup has the technology and the right innovative approach to cater to the market’s constantly changing needs. “We aim to remain at the peak of innovation for the next decade, as Saudi Arabia flexes its solar muscles,” he declares. “The project at NEOM makes a statement that NOMADD is here to stay, and open for business.  We are ready with the tools, technology, and talent to support this exciting new energy market over the long term.”

Now, with its revenue for 2022 just shy of US$1 million and plans to close an expansion round in the next four months, the NOMADD team is also considering using its technology to move into other avenues such as labor-saving medical devices, low-cost residential cooling, and water conservation solutions. “We are currently engaging with local government agencies and private and public investors to take NOMADD to the next level of scale and sophistication,” Eitelhuber says. “With the correct plan and resourcing, our innovation-hungry team has set sights on multiple sectors in need of innovative solutions.  We want to use what we have built to do as much good as possible.”