Over 30 percent of people spend more time with their phones than they do with their significant others. Here's how we use that time.

It's very likely that you're reading this story on the thing you spend the most time with: your phone. A survey from Reviews.org found that over 75 percent of people consider themselves addicted to their phones.

While there's a lot to say for phones—they keep us connected to our loved ones, tell us when to carry an umbrella, and provide endless entertainment—we say almost too much to them. By picking them up all day long (over 65 percent of survey respondents said they check their phones 160 times a day), we're giving them more attention than we give nearly anything else. Even while we're sleeping, they're right next to us, at least nearly 66 percent of us. 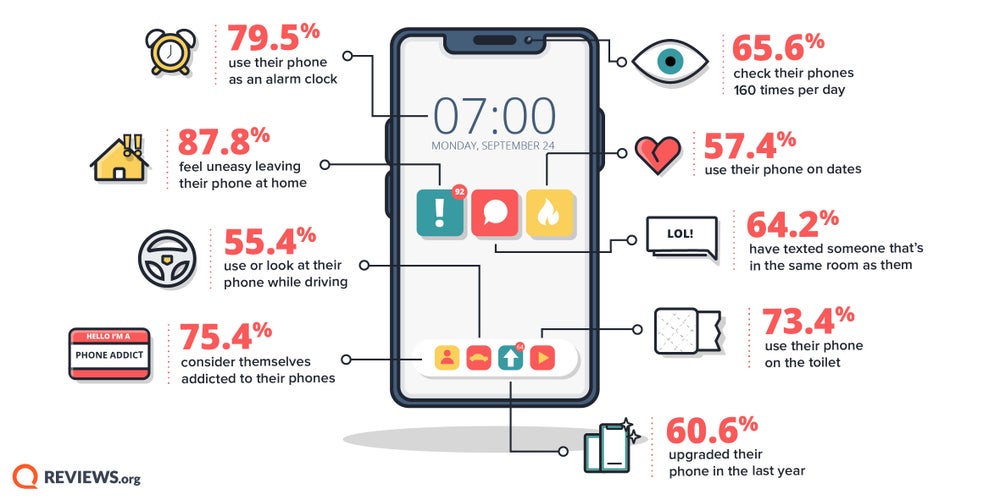 Addiction is a serious issue, and though most people are not clinically addicted to their phones, it's likely that a good portion of us do have an unhealthy relationship with them. If you find yourself uncomfortably relating to any of the behaviors in the chart above, then you might want to pick up the book How to Break Up With Your Phone, which is a good guide to establishing boundaries you can live with while still getting the most from your phone.