A decade ago, Netflix Originals didn't exist. Now they make up for the fact that there are almost 1,500 fewer TV shows and movies on the service than there were in 2010.

As the amount of content Netflix offers each month decreases, complaints that there isn't much to watch on Netflix may seem not be much of an issue, because the service is constantly debuting new originals. But the numbers don't lie. 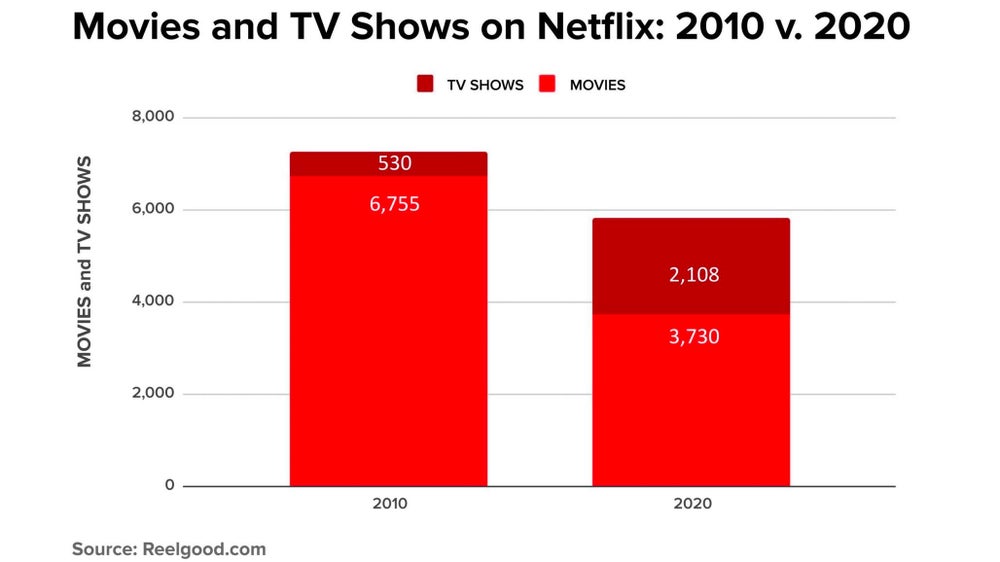 Reelgood took a look at what the streaming service has had available year-to-year for the last 11 years, and the overall content quantity is way down, as you can see below. (That said, some might argue the general quality has gone up with original programming, even if one of them isRob Schneider in Real Rob.)

Here's the year-by-year comparison. 2012 was the high mark of licensed content on the service, and it's dwindled almost every year since. But Netflix started spending literally billions of dollars in 2018 to create originals, and that certainly helped. 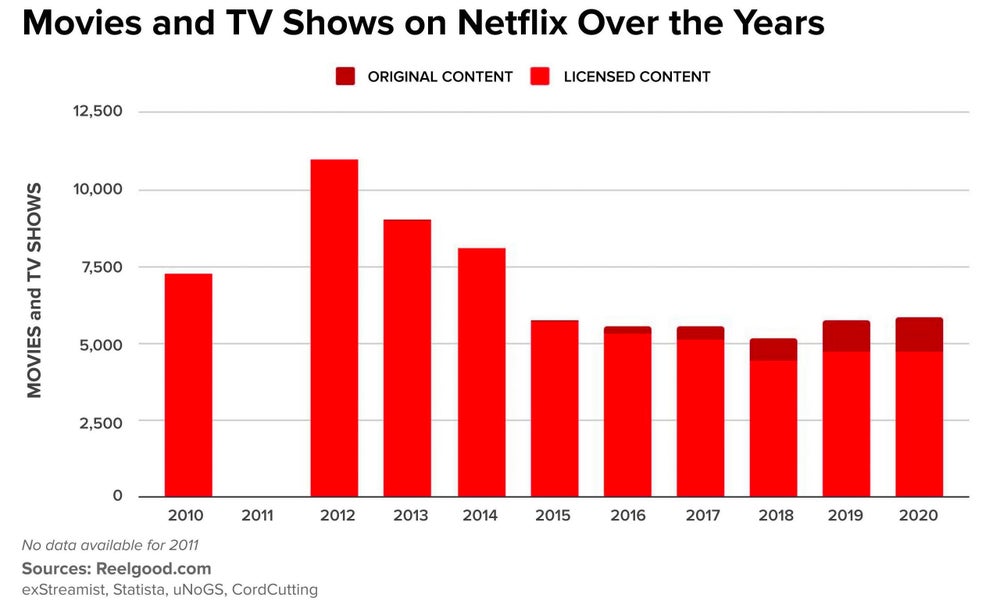 Movies are what we used to think of when Netflix came to mind, maybe going back to its DVD rental origins. Indeed, back in 2010 it offered 6,755 films, but that number is now down to 3,730, and 523 of them are original. Some of those were even Oscar contenders; the rest, despite what you may think, are not all from Adam Sandler. 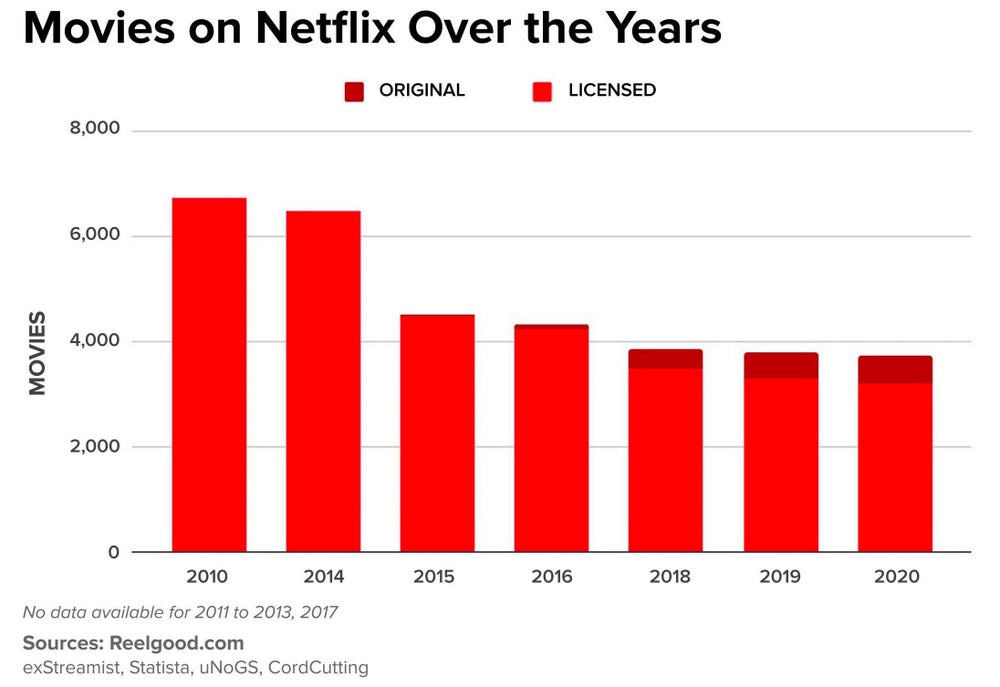 The first Netflix originals were TV shows, because it knows the weekend-long binge and chill is what people love. Since the launch of House of Cards in February 2013, original show production on the site is also up. It debuted eight shows that year; Netflix is streaming 574 original shows right now.

In fact, look at the TV shows on Netflix over the years. Despite, 2014 being the big year for licensed content and a dip for a few years up through 2018, the licensed TV shows in 2020 are almost back up to the same level, with the extra bolster of all those originals. 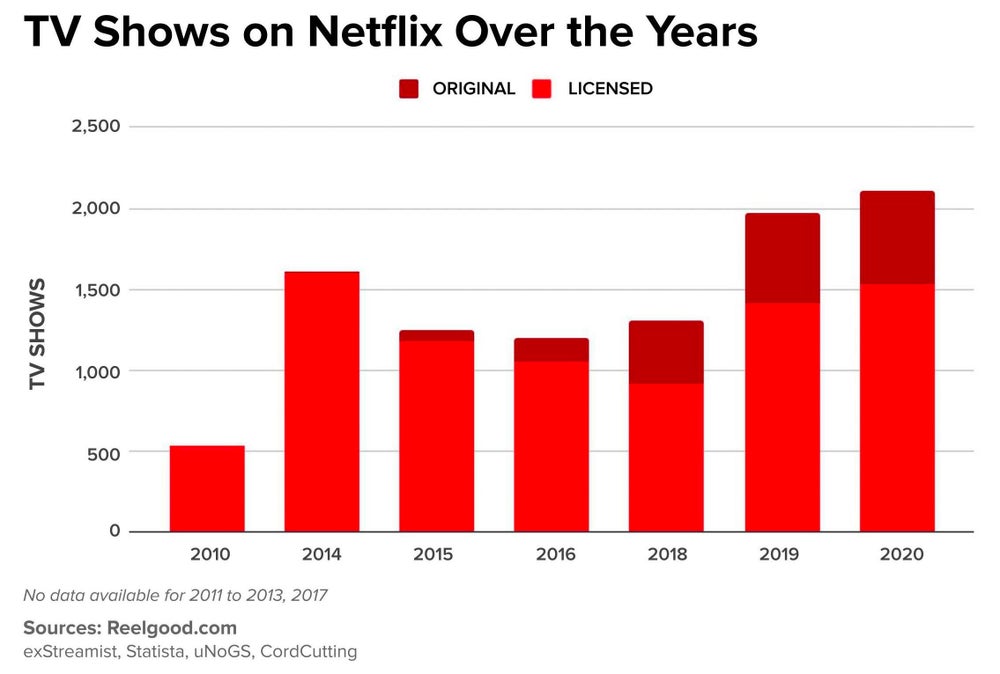 So the amount of content may be down at Netflix—but even if you subscribe only to the on-demand streaming service, you'll find plenty to watch.

Reelgood pulled the info for these charts from a variety of sources, including exStreamist, uNoGS, CordCutting, and our friends over at Statista, as well as from its own data.