In their new book, 'Work Wife,' Erica Cerulo and Claire Mazur examine the strength of female partnerships, and explore their own entrepreneurial evolution.

Erica Cerulo and Claire Mazur were friends long before they became business partners. In the nine years since they launched fashion and design ecommerce site Of a Kind, their relationship has served as a valuable foundation on which to build a business. In their new book, Work Wife: The Power of Female Friendship to Drive Successful Businesses, Cerulo and Mazur examine their own partnership as well as the partnerships of other female founders. In the following excerpt, the pair outline how they learned to express frustration and resolve conflict.

On Learning to Fight

When it came to our own conflict style (or lack thereof), we sensed we were doing it (or, erm, not doing it) all wrong, and our management coach confirmed that when we started see­ing him. Right away, he made it clear to us that we had to start articulating our feelings when we were annoyed, frustrated, or just straight-up mad at the other.

"Brittle things break," he said. He encouraged us to add arguing to our relationship rep­ertoire so that it wasn't such a big, scary deal. According to him, the point is not to scream and yell at each other but to air our grievances, regularly and comfortably. And then to let those things go: Have the contained disagreement, and then move on.

Developing this skill was and is a work in progress. The string of disagreements that followed took place almost exclusively in cars because it meant we didn't have to look at each other while we hashed them out. (This, by the way, is a very useful tactic for argument-averse individuals, and it works just as well during a walk as it does during a drive.) Though we're grateful to have had the push from a profes­sional to get us there, we would have benefited greatly from getting comfortable in combat way earlier on in our partnership.

If positioning conflict as a core component of a healthy business partnership seems odd, consider its role within other intimate relationships: "Except for the sex, founders have the same interdependency as married couples," Peter Pearson of the Couples Institute in Menlo Park, California, told the New York Times. And we all know the short shelf life of couples who claim they never fight -- it's the ones who know how to get into it with each other, but also how to get over it and not go to bed pissed, that last.

As experts and seasoned work partners are quick to point out, not fighting is not a sign of relationship health. It's much better to practice early when the stakes are lower rather than waiting for extreme turmoil to hit. The goal is to get good at battling it out productively so that when things get really hard, the tools are at the ready.

But no matter how much practice a person gets, initiating a tough conversation is never the most appealing item on a to-do list. One thing that helped us? Developing regular routines that make the time and space for these conversations, like a weekly check-in -- which, by the way, is something we didn't officially do for years.

Related: How a Coworking Space Helped These Founders Find a Valuable Support System

That sounds insane -- we know -- but when you spend your days sitting across from each other, it also sounds slightly nutty to suggest carving out more time to ... sit across from each other. And yet! Setting a regular appointment means having a designated time to deal with shit, good and bad. It does away with the excuse we'd frequently given to ourselves: that there was no right time to bring something up. It also gives us an opportunity to ensure we're aligned on things happening in the business or to deal with it if we're not.

We often close out our one-on-ones with the question "How are you feeling about everything?" -- an extraordinarily useful conversation to have, regardless of whether there's friction. It's an effective device for opening up a tough conversation without an emotional dump or, worse, an accusation.

More often than not, if one of us is feeling frustrated, the other is, too, and it'll usually come up in response to that question. Sometimes the approach is more direct, sending a "Do you have 10 min to talk this AM?" Slack message, a bat-signal that something has surfaced that we need to squash. Whatever the method, more in-the-moment quarreling has given us the realization that we have a plenty strong foundation on which to argue without thwarting a day's agenda.

We're not the only ones who've gotten more adept at making room for conflict along the way. In the beginning of their partnership, Amanda Hesser and Merrill Stubbs, the co-founders of culinary website and marketplace Food52, tried not to bring feelings to the office at all -- because what did their fears and anxieties have to do with recipe-testing, selling ad deals or establishing an editorial calendar, really? Well, it turns out, everything.

"We were bottling some things up because, in the early phase, it felt inappropriate to share personal anxieties in a work setting -- which is so ridiculous now when I look back on it," Amanda says. But once they started opening up, it was like taking the lid off a pressure cooker. "The minute we started putting this stuff out there, that just changed everything," Merrill explains. "It allowed us to release the tension by verbalizing it to the other person, and then if they weren't feeling the same, which is pretty often the case, you feel this relief." 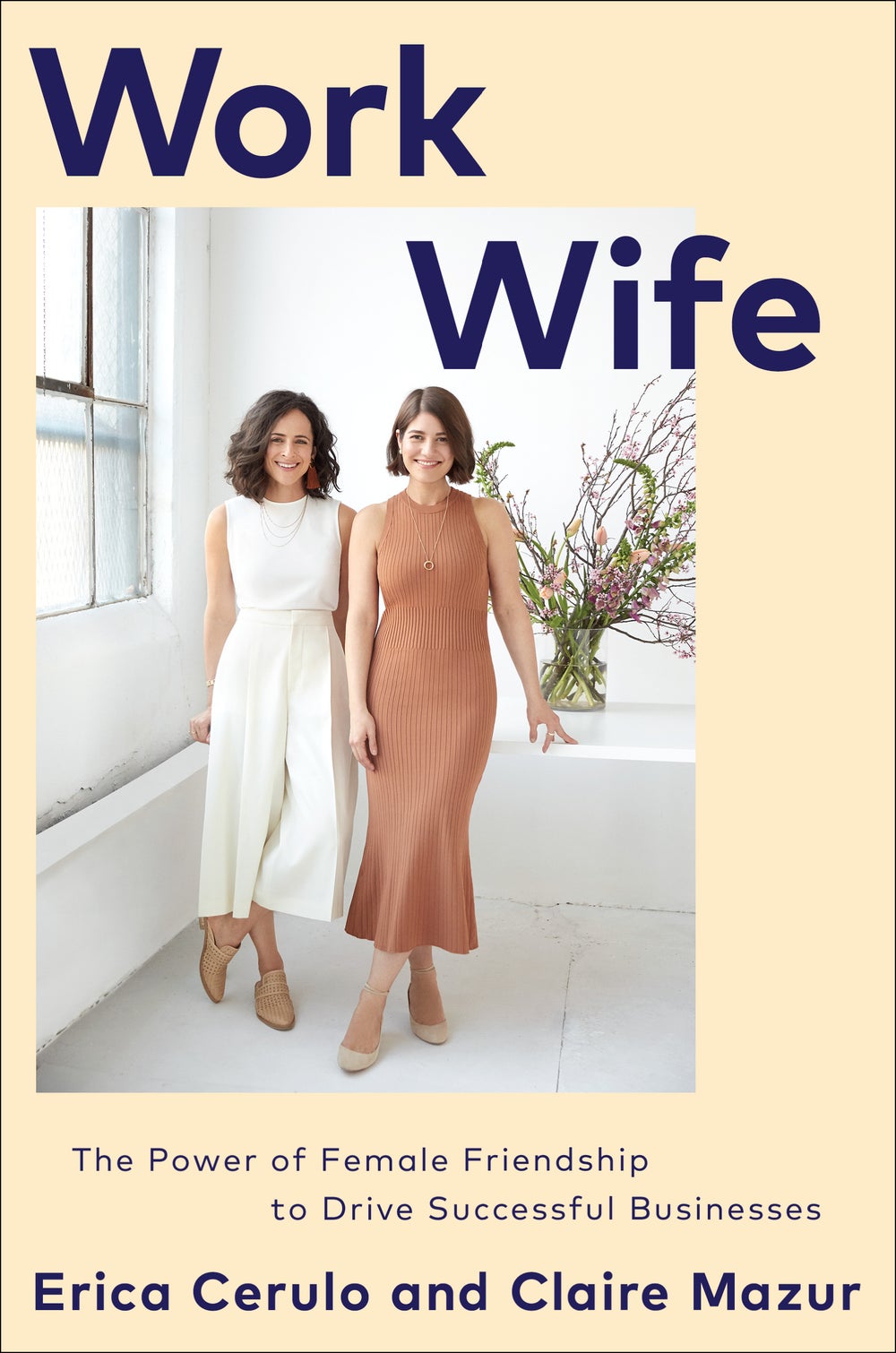 Related: How a Job Listing Earned This Jewelry Entrepreneur a Business Advisor -- and Friend

Getting to this emotionally open place meant confronting the nature and scope of the relationship they were forging. "It's hard to actually own up to how deep a commitment it is when you start a company," says Amanda, acknowledging that she and Merrill are more than colleagues, Food52 is more than a job and the turmoil they experience together takes up more space as a result.

These two are quick to identify the crucial element in their relationship that allows them to argue with ease: They trust that both they -- and their relationship -- are tough enough to handle whatever issues come up. "Sometimes when I'm feeling anxious, my first thought is, "I don't want to make Merrill feel like this.' If she's feeling good, I don't want to burden her," Amanda explains. "But I think we've gotten better at seeing that we're both strong, and we can handle hard news from the other person."

Not presuming the worst-case outcome is key, Merrill points out: "I think sometimes when you go into a hard conversation, the assumption is that you're going into battle. We trust each other so much now that, going into a hard conversation of any kind -- whether it's revealing anxiety or expressing our frustration -- we both understand that the other person is going to receive it from a place of wanting to work through it. Because we have had so many of them now, we've exercised those muscles, and it makes it so much easier because we know what the other one wants: We want each other to be happy, to succeed, to feel good."

Except from WORK WIFE by Erica Cerulo and Claire Mazur, copyright © 2019 by Erica Cerulo and Claire Mazur. Used by permission of Ballantine Books, an imprint of Random House Publishing Group, a division of Penguin Random House LLC. All rights reserved. No part of this excerpt may be reproduced or reprinted without permission in writing from the publisher.