The annual conference brings out the latest innovations from big companies and entrepreneurs.

Rows upon rows of big food businesses as well as smaller players filled the Javits Center in New York City this past weekend for 2018's Summer Fancy Food Show, which bills itself as "the largest specialty food industry event in North America."

Meaning: there were lots of new and tasty things to put it in my mouth.

Here are some of the innovative products I tried during the last day of the show. This list is not meant to be comprehensive, as the show was huge and I couldn't possibly try everything (although I tried.)

A view from the top 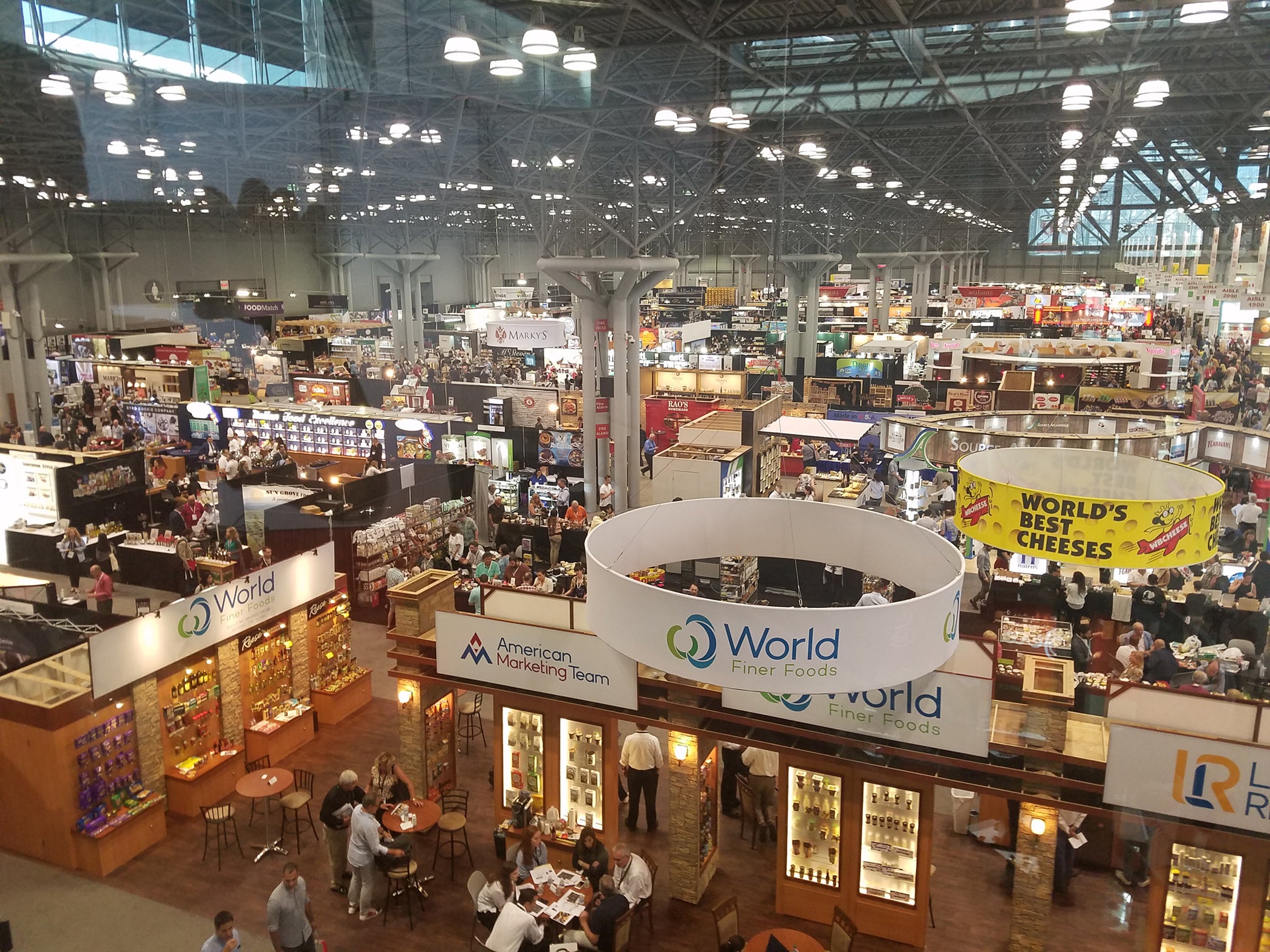 The Summer Fancy Food Show is huge, with rows upon rows of food vendors. That's a lot of samples. 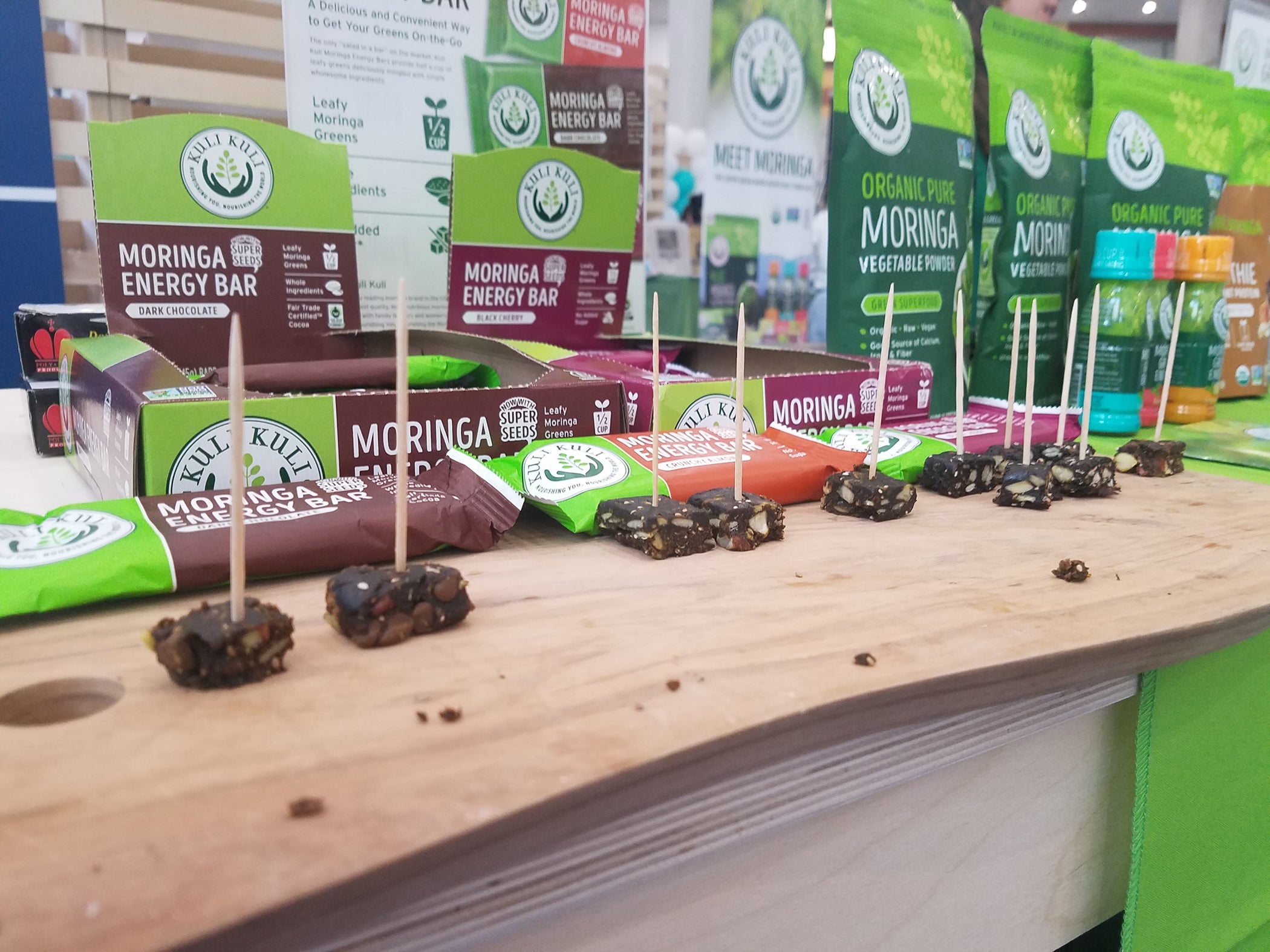 Kuli Kuli Foods is a startup that makes bars, smoothie mixes and other products with moringa, a plant the company says is "rich in iron, calcium, vitamins, antioxidants and plant protein." It's similar to matcha. The bar and smoothie I tried both were smooth and earthy. 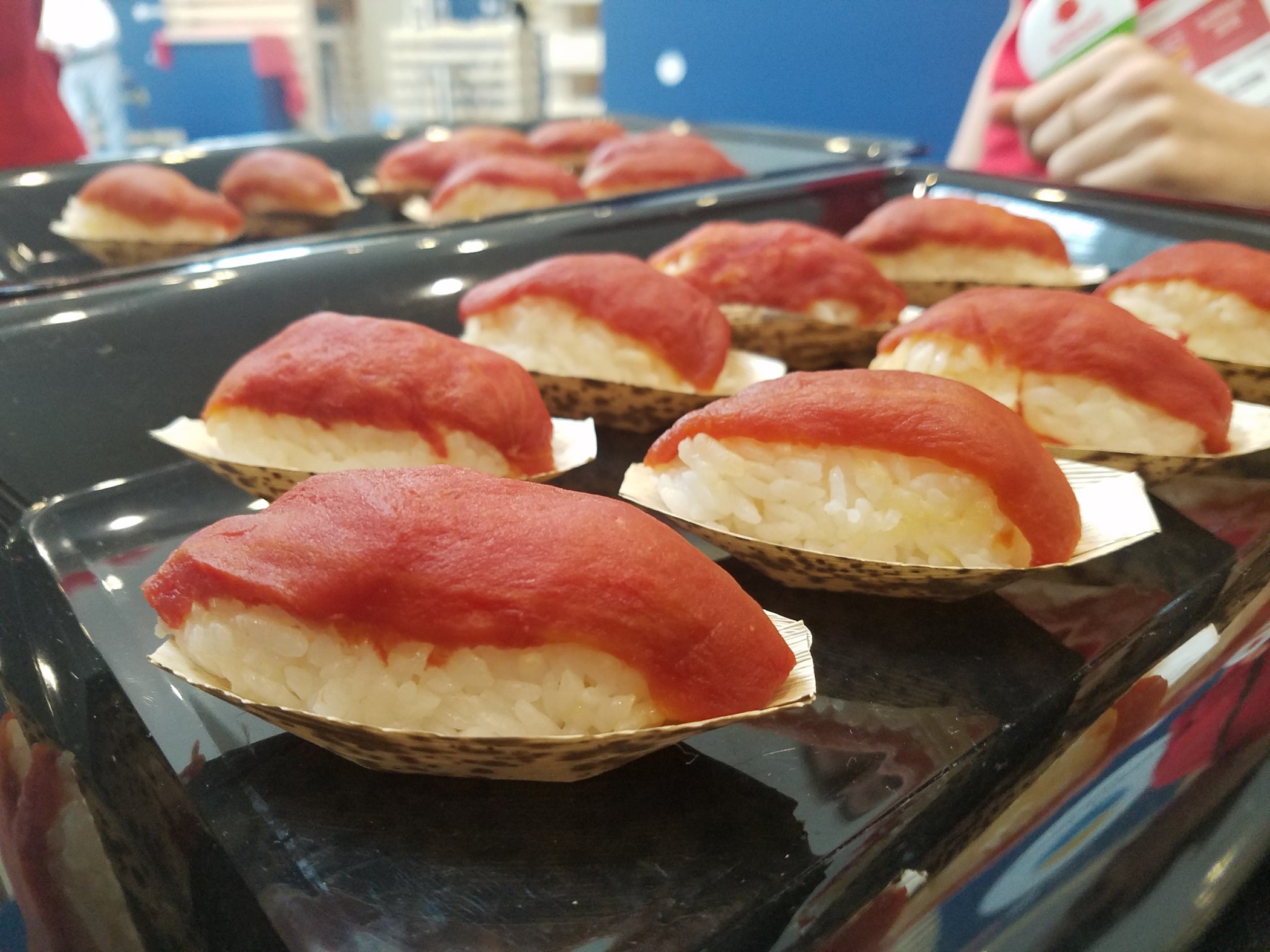 You're not looking at a piece of tuna sashimi. It's actually a plant-based version of tuna created with tomatoes and other ingredients by Ocean Hugger Foods, and it could actually pass for the real thing, both taste and texture wise. 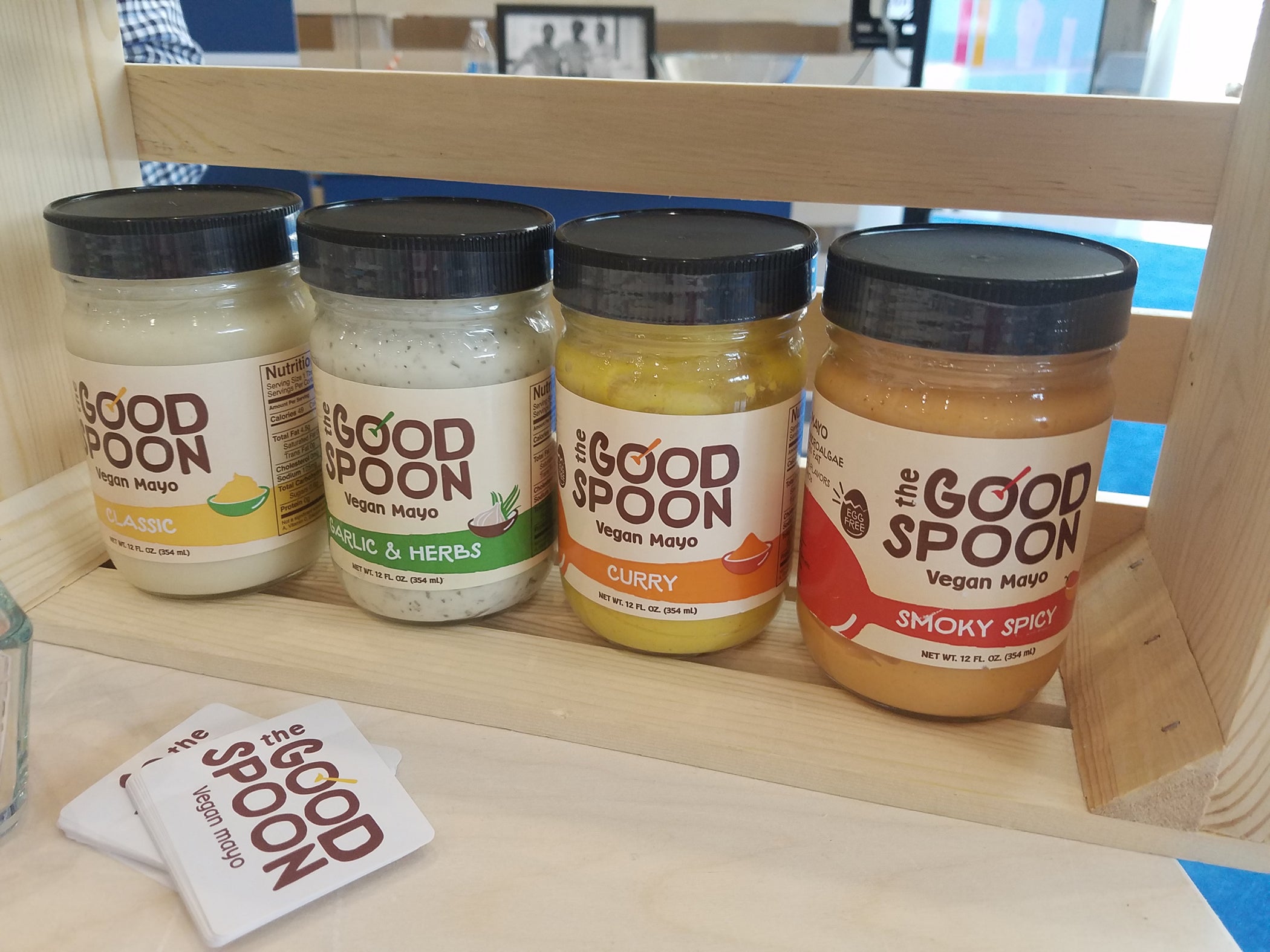 Plant-based alternatives are a growing trend, and The Good Spoon offers a vegan mayo made from microalgae. All these flavors were tasty, with the Garlic & Herbs a standout. 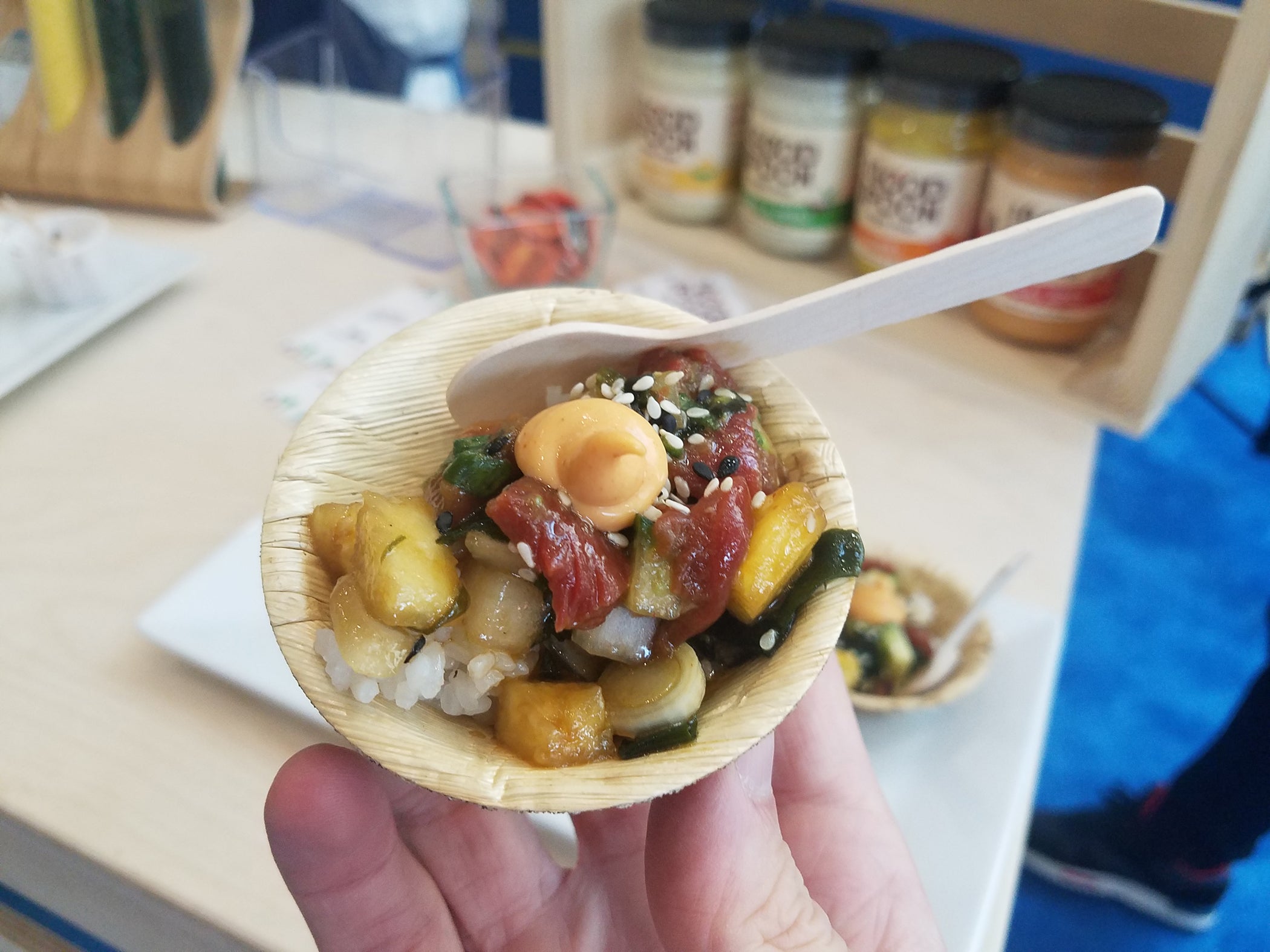 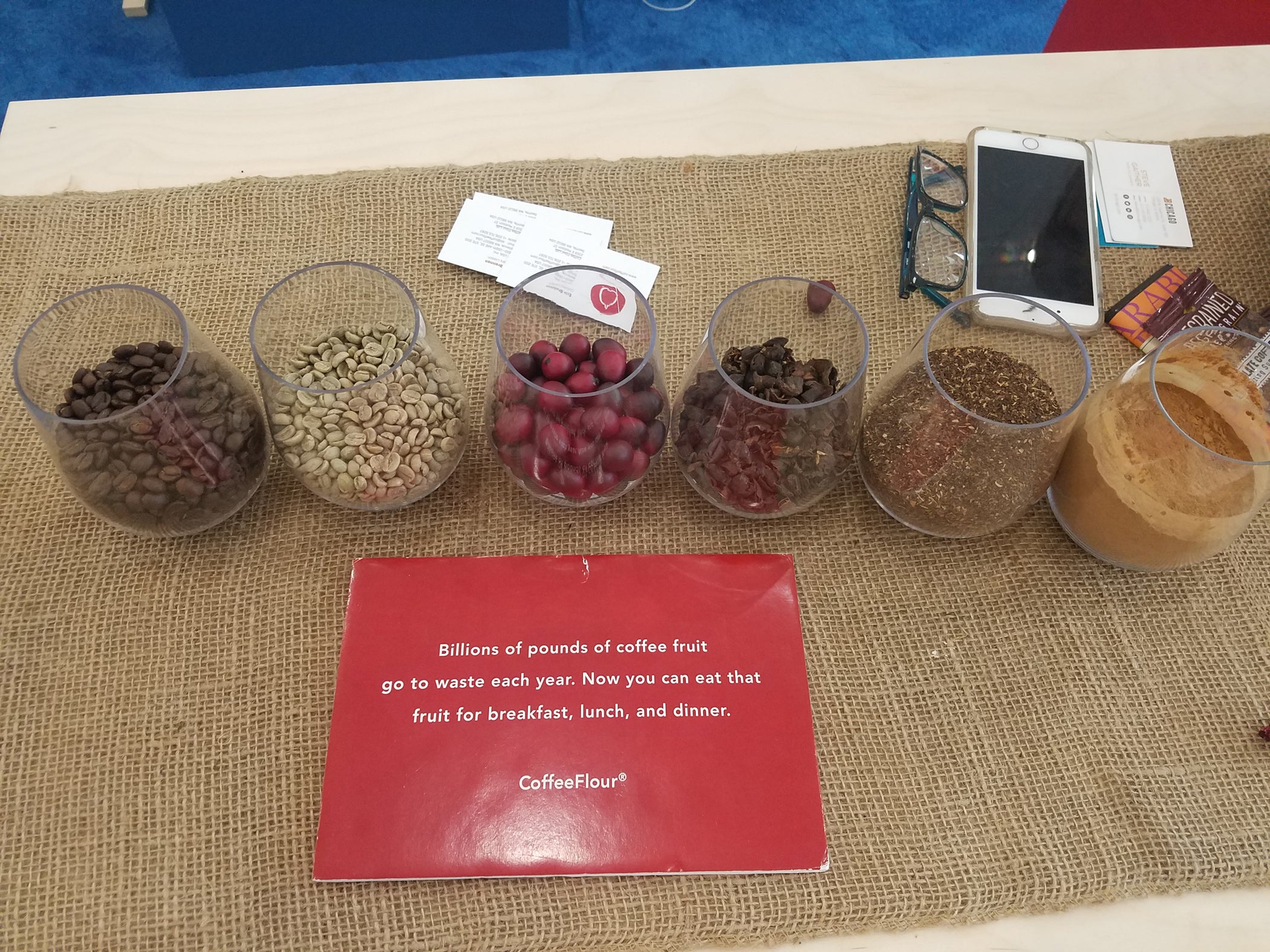 Did you know that coffee beans are actually the pit of a fruit? Typically, that fruit goes to waste. CoffeeFlour, a company started by a former Starbucks executive, aims to fix this issue by rescuing the discard fruit and turning it into flour that could be used in baked goods. 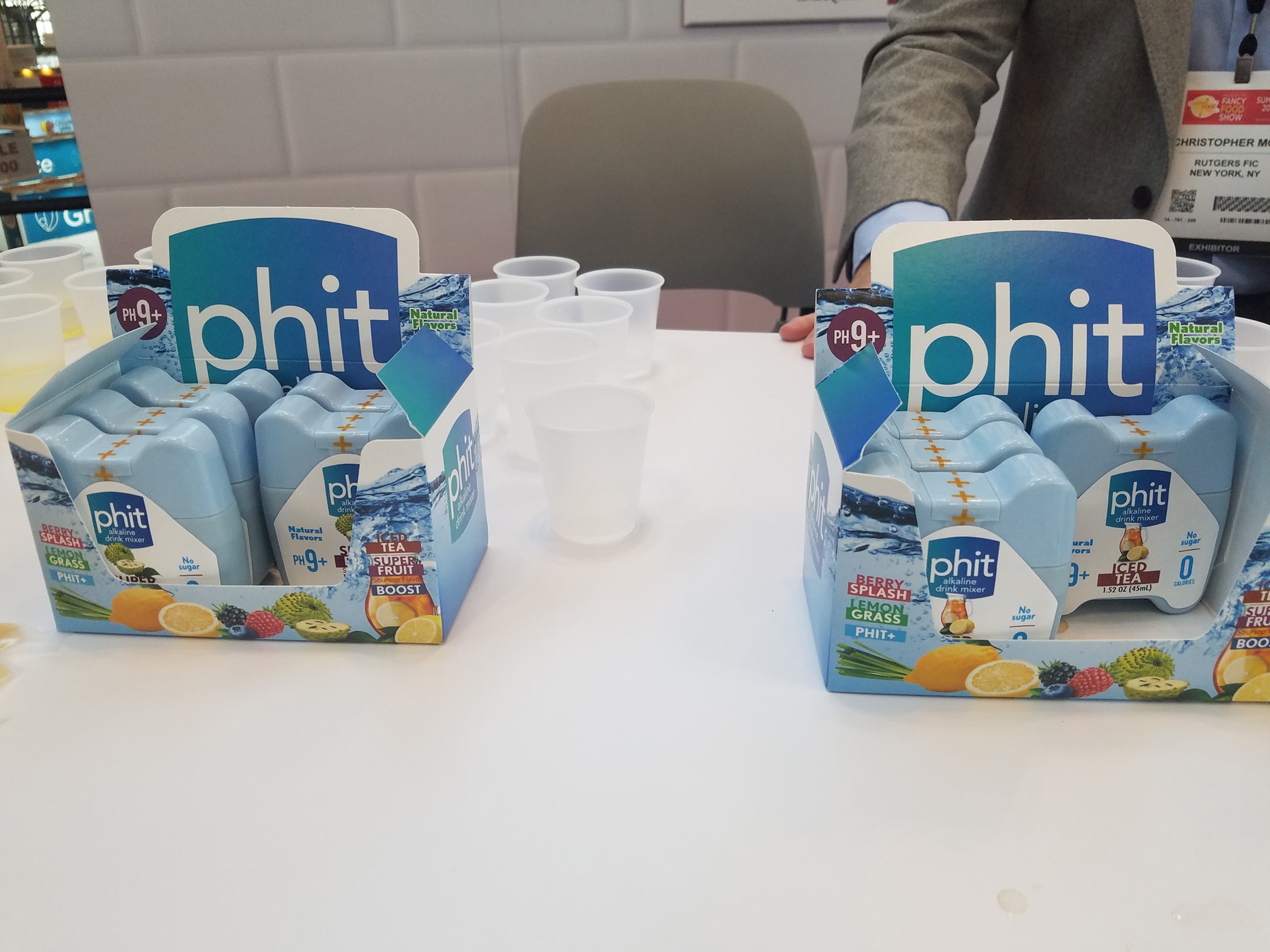 Phit (pronounced "fit") is an alternative to Kraft's water flavorer Mio that sets itself apart by having alkaline in it. That won't matter to most people, but the drink mixes are tasty and are free of calories and sugar. 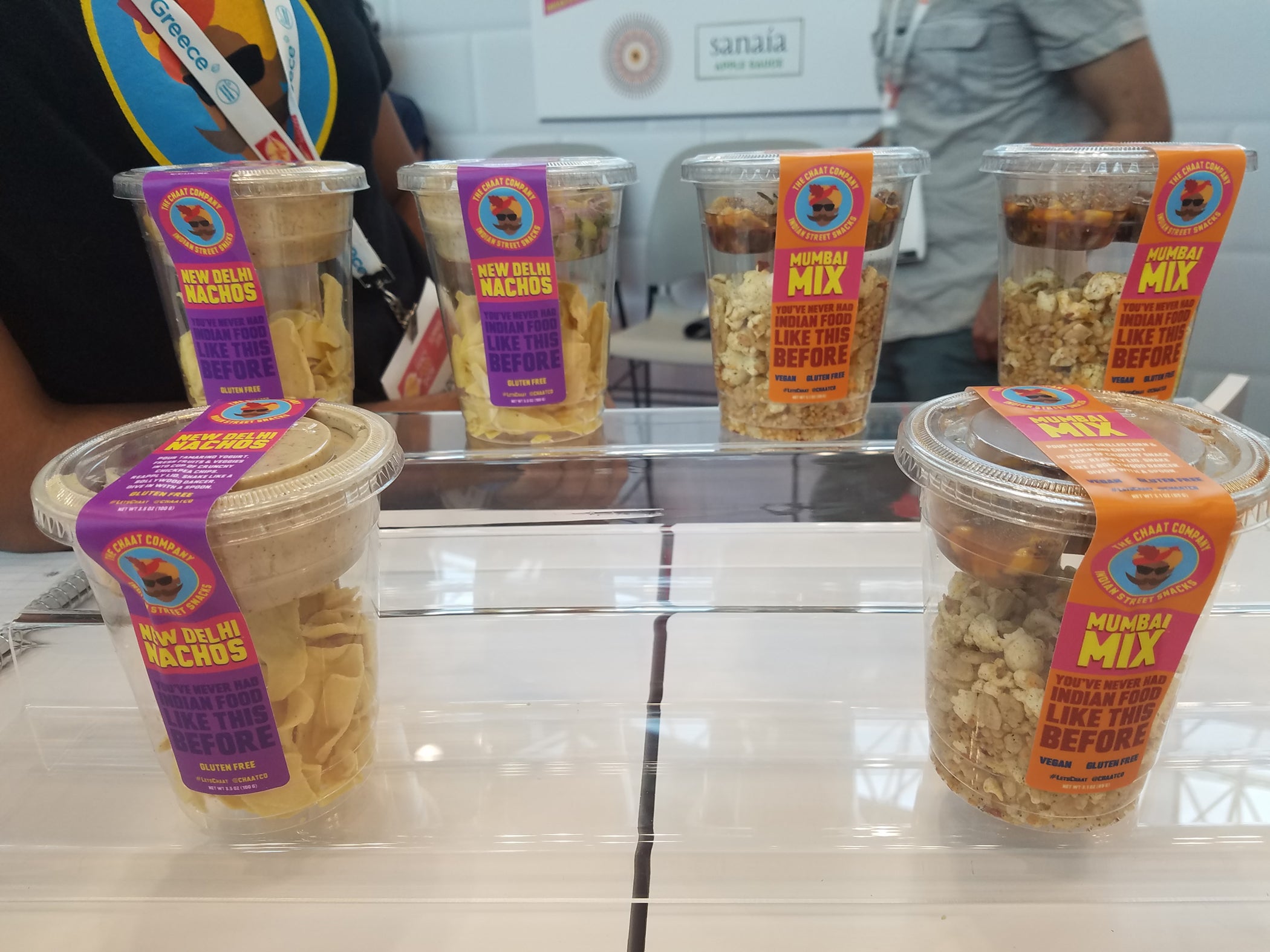 If you want to step up your snack game, these cups from The Chaat Company will do the trick. They feature sauce and mix-ins on the top and chips on the bottom that you shake together in the cup for a tasty and convenient Indian flavored snack. The one I tried had a savory yogurt taste with a great amount of crunch. 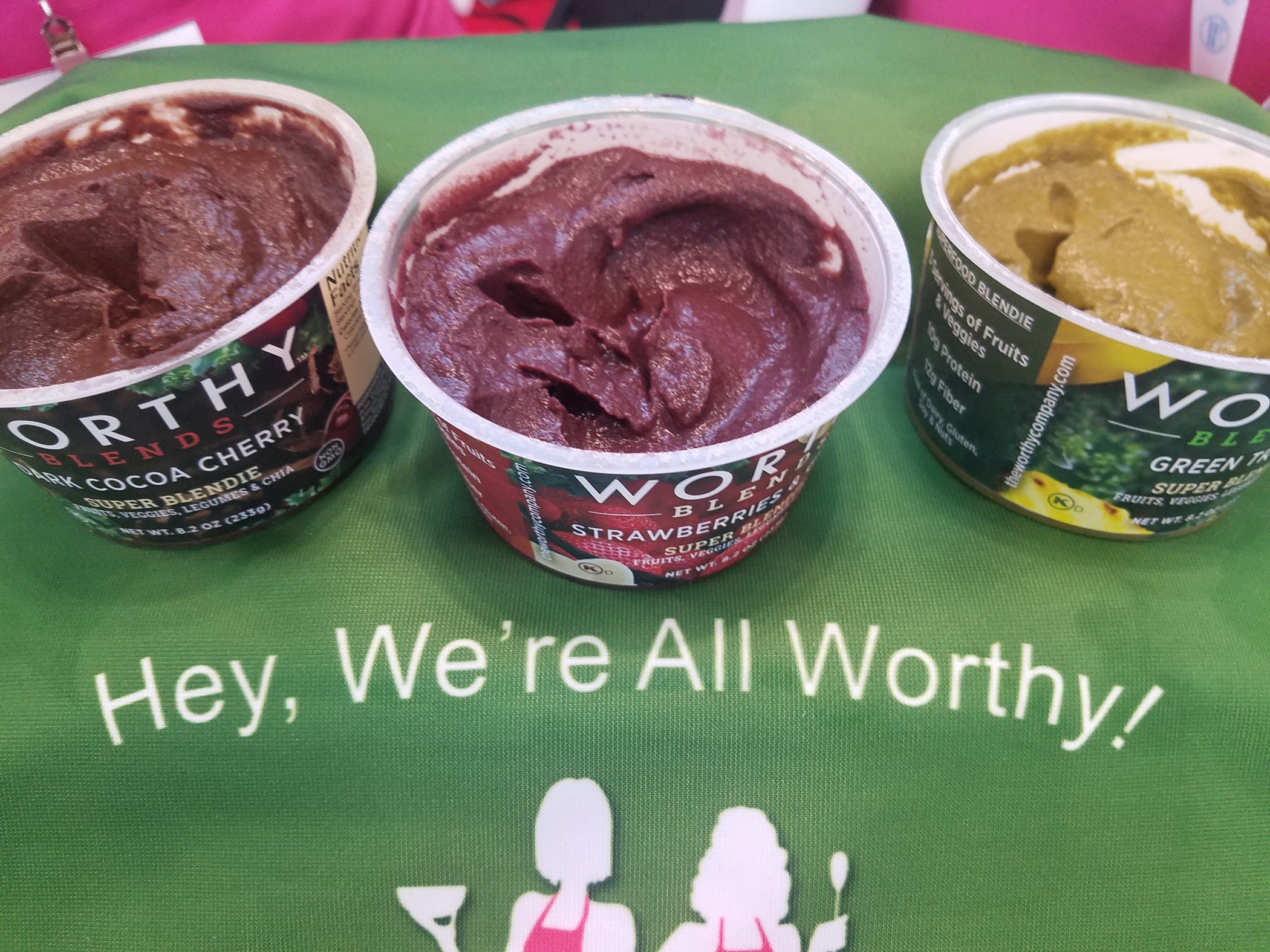 There's a big market for superfood mixes that you put in the blender. Worthy aims to take the blender out of the equation by offering superfood mixes in convenient cups. The company's founders say the product could be an alternative or even a complement to yogurt, and they didn't get offended when I said the blends looked like "adult baby food." 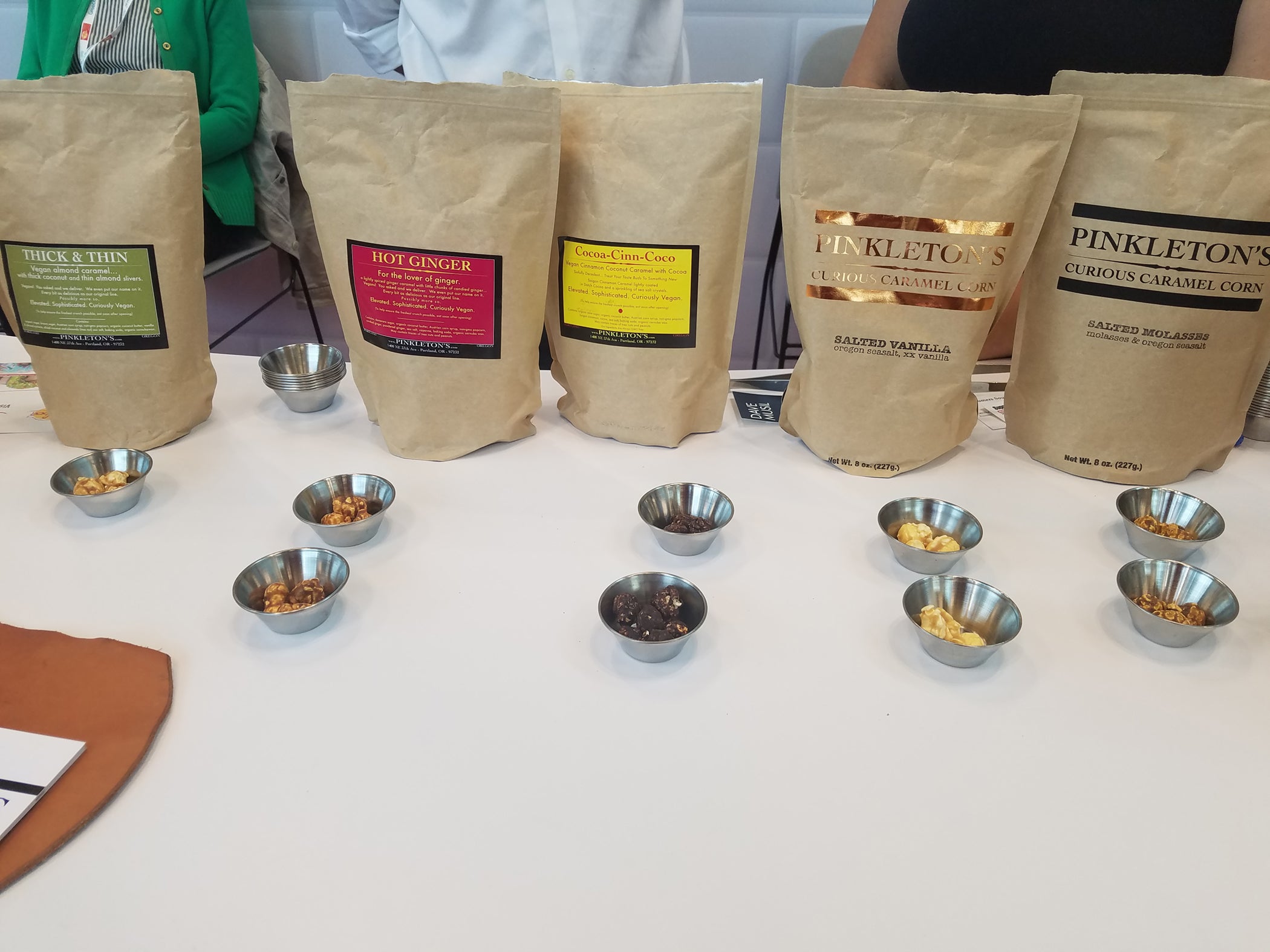 There's already a lot of caramel corn on the market, but Pinkleton's may be the best I've ever had. All the flavors I sampled were delicious, but its cocoa-cinn-coco was especially tasty, and surprisingly, vegan. Each kernel packed a lot of punch. 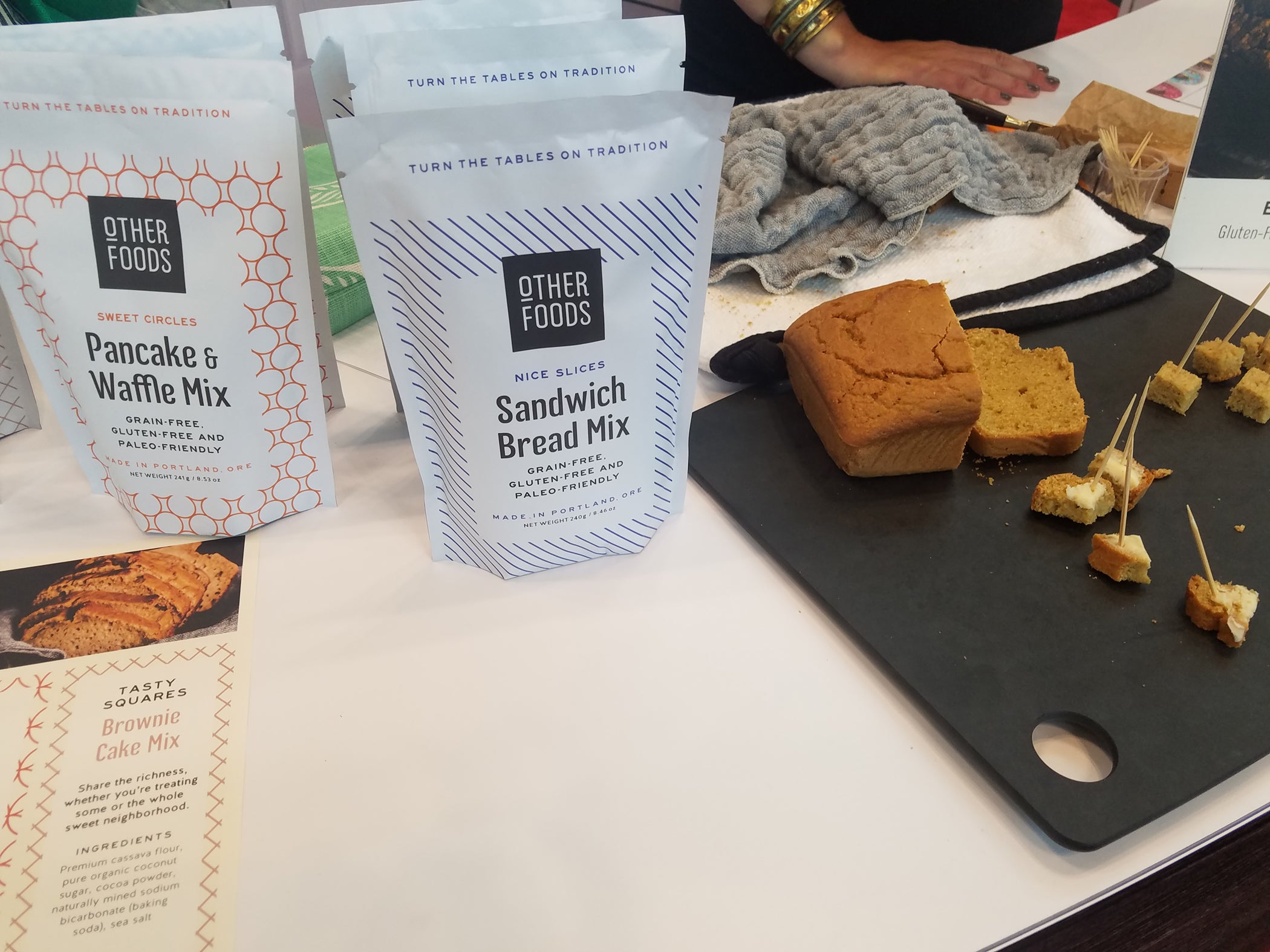 Paleo foods are a big trend, but that's not what excited me about Other Foods bread, pancake and cake mixes. It was the prospect of the company getting kosher for Passover certification for its bread mix, which would be much tastier than other products for the holiday. 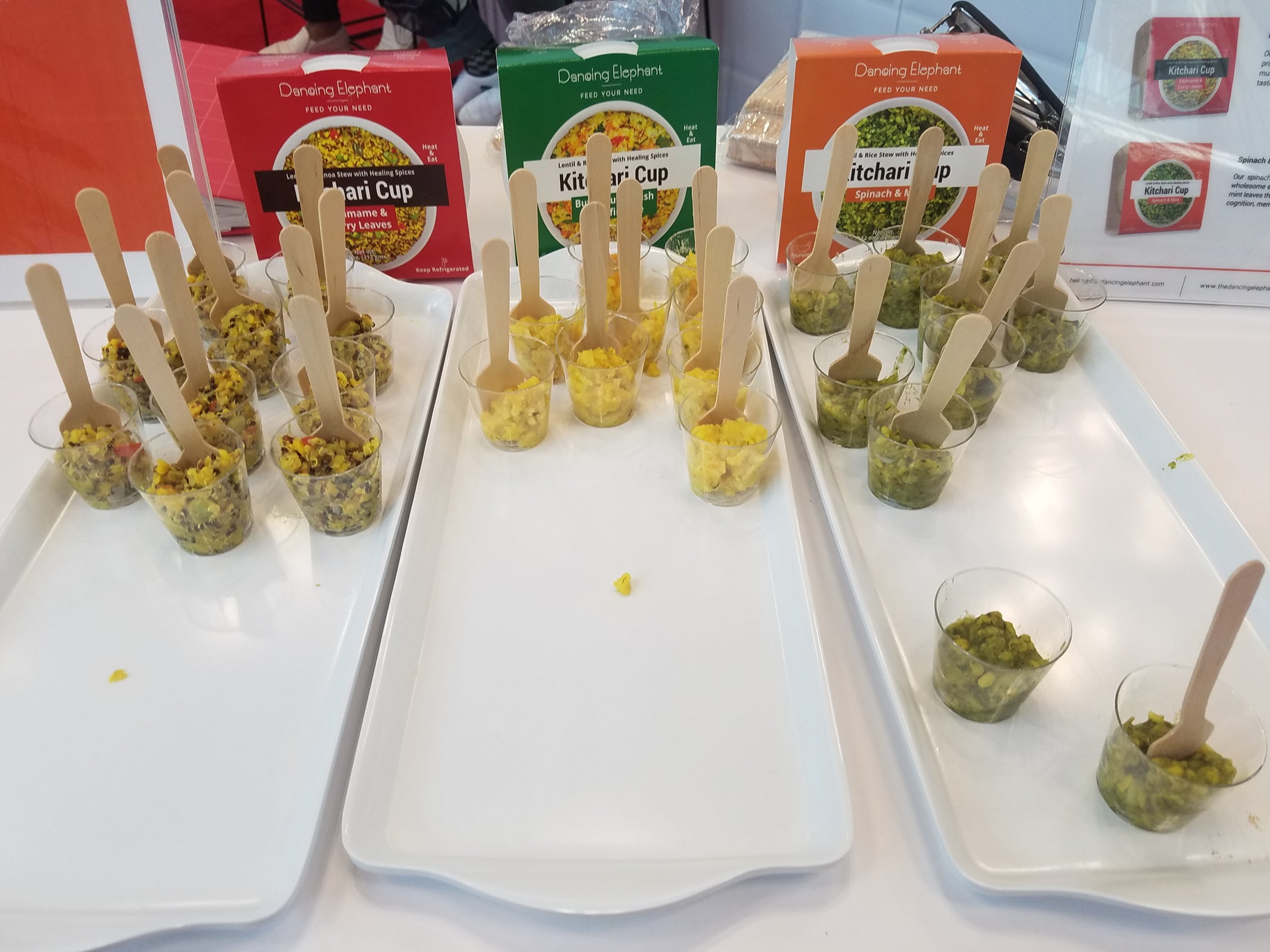 The Dancing Elephant makes Kitchari Cups, a mix of lentils, ghee, grains, herbs and spices. The microwaveable cups can be a delicious snack or side dish, and they taste like something you'd expect to find on the table of an Indian household. Its Edamame & Curry Leaves was my favorite. 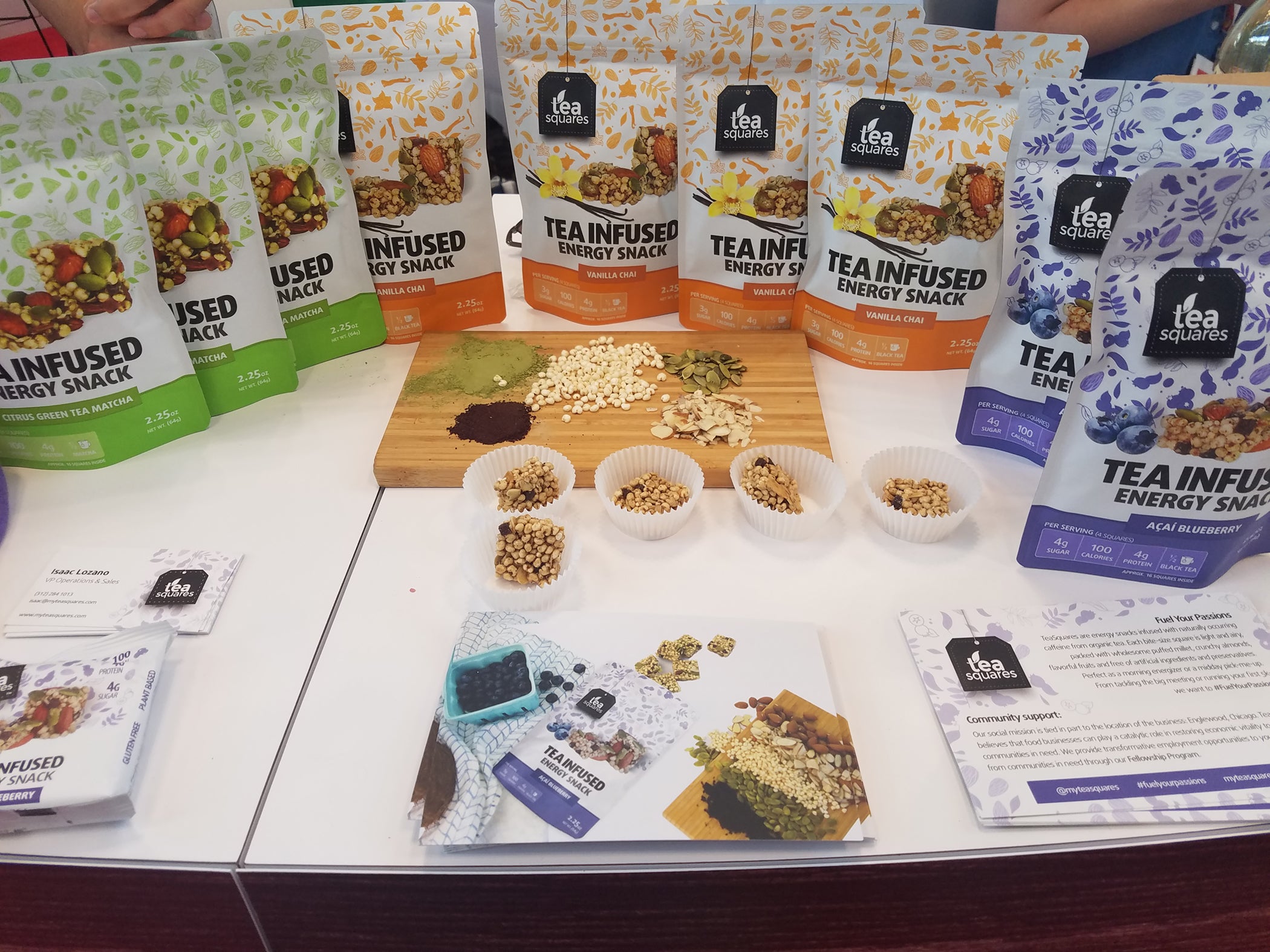 Ever wish your snacks did more? Tea Squares is a popped rice and nut-based snack that is also caffeinated -- perfect for the afternoon slump. Think of these as adult Rice Krispies treats meets trail mix.

Related: Rejected by Network TV, These 3 Women Took Their Talents to YouTube and Grew an Audience of 3.6 Million 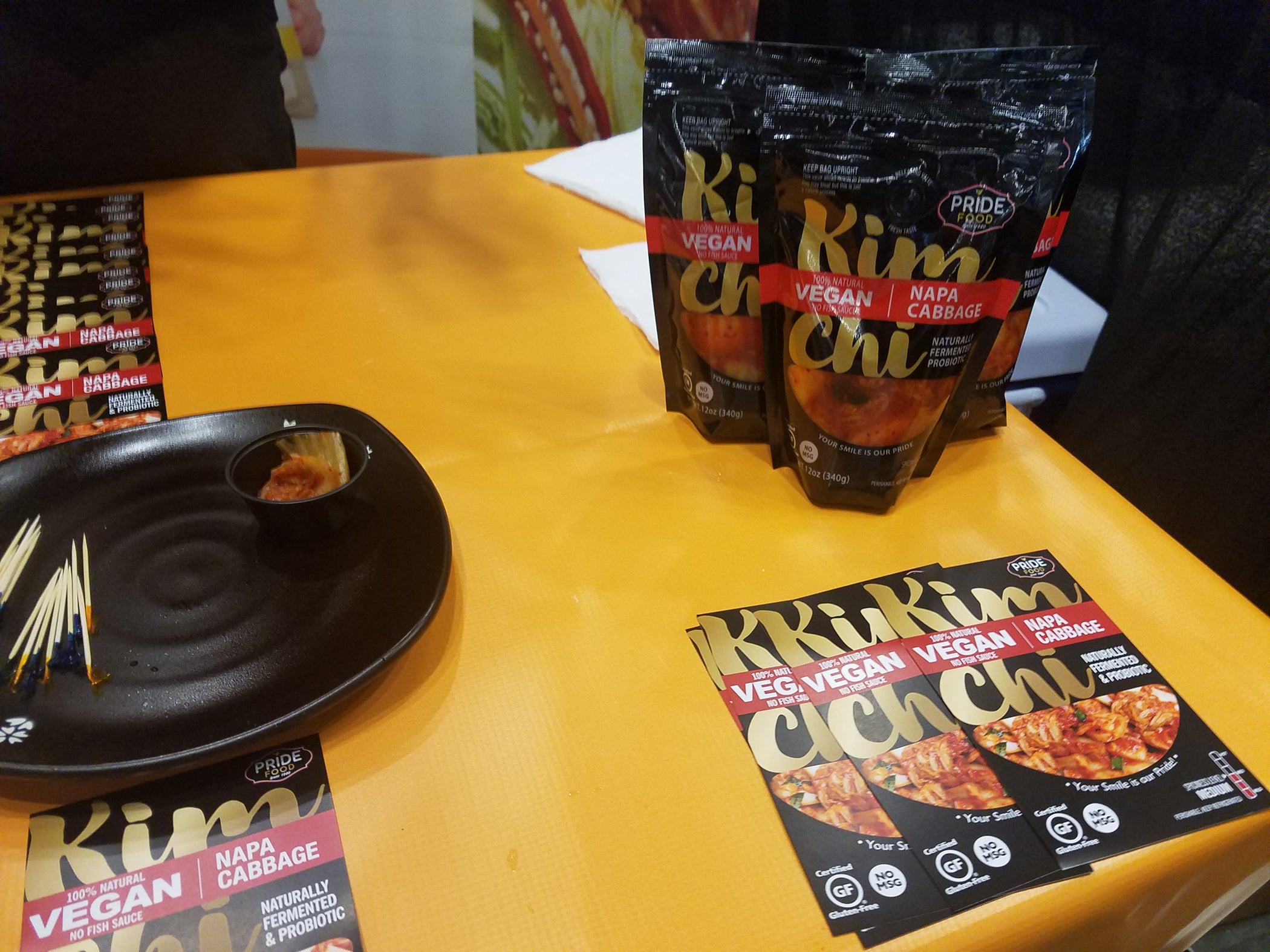 Bing Gre, a Korean food company started in 1980, is undergoing a rebranding as Pride Food. It will soon bring its vegan kimchi, which had a good flavor without too much kick, to market. 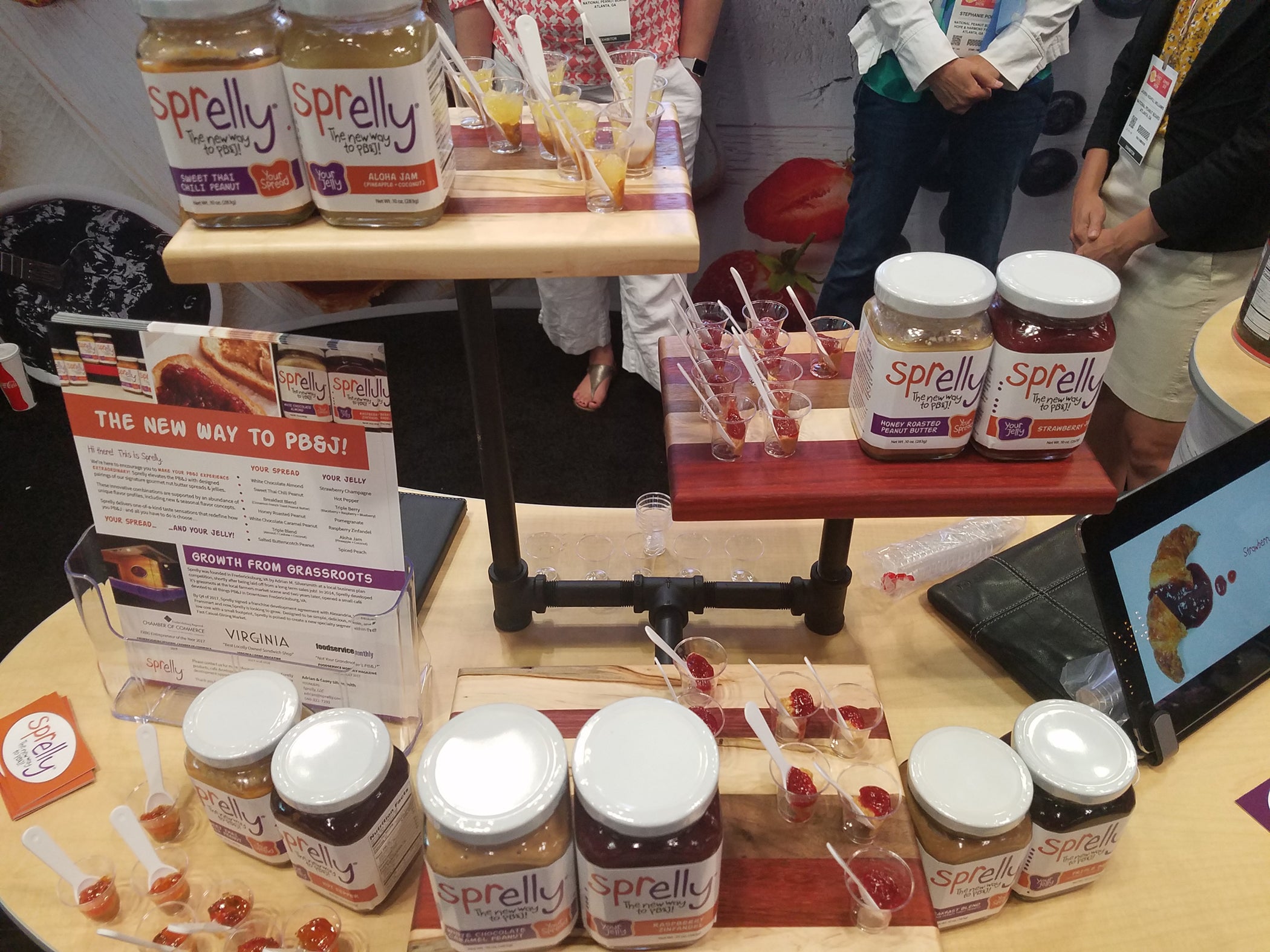 Sprelly got its start after a business pitch competition. The entrepreneurs behind it in 2014 opened a Virginia-based cafe offering peanut butter and jelly sandwiches. Now, the husband-and-wife founders are not only opening franchise locations, but expanding its consumer packaged goods business. What sets Sprelly apart is its variety of flavors of both nut butters and jellies, which can matched with each other for different combinations.