A delicious new dairy-free ice cream brand has hit the market today, but once the company sells out of the limited stock it's selling, it will no longer be available, according to its founders.

The goal for Perfect Day isn't to become the next Halo Top or Van Leeuwen -- its ambitions are much grander than that. This product launch ($60 for three pints plus shipping) is meant to highlight the company's actual product: a "dairy" protein created from microflora. Perfect Day wants to be the supplier of this protein to the food industry.

Related: Major Investments in Plant-Based Foods Include a $310 Million Facility and TofurkyAccepting Its First-Ever Private Investment

"[The ice cream] shows the food world how it can be used," said Ryan Pandya, CEO and co-founder of Perfect Day. "A huge part of this is about communication. It's more than just making a new kind of protein. It's making sure people understand how it works."

The easiest way to understand Perfect Day's protein is to look at Impossible Foods, one of the leading companies in the alternative meat space. Impossible's products are based on its plant-based version of heme, which is what makes meat taste like meat. Perfect Day singled out the protein that give dairy its taste and nutrition, then used a fermentation process to recreate it with fungi. The company says it is superior to other non-dairy proteins and requires significantly less resources and will eventually be cheaper to produce than cow dairy.

"It is the equivalent to domesticating the 'modern dairy cow,'" Pandya said.

The company originally set out to introduce a liquid milk alternative, but then switched gears when companies expressed interest in its version of whey. Not only is whey easier to ship -- it's a powder -- it's more versatile. 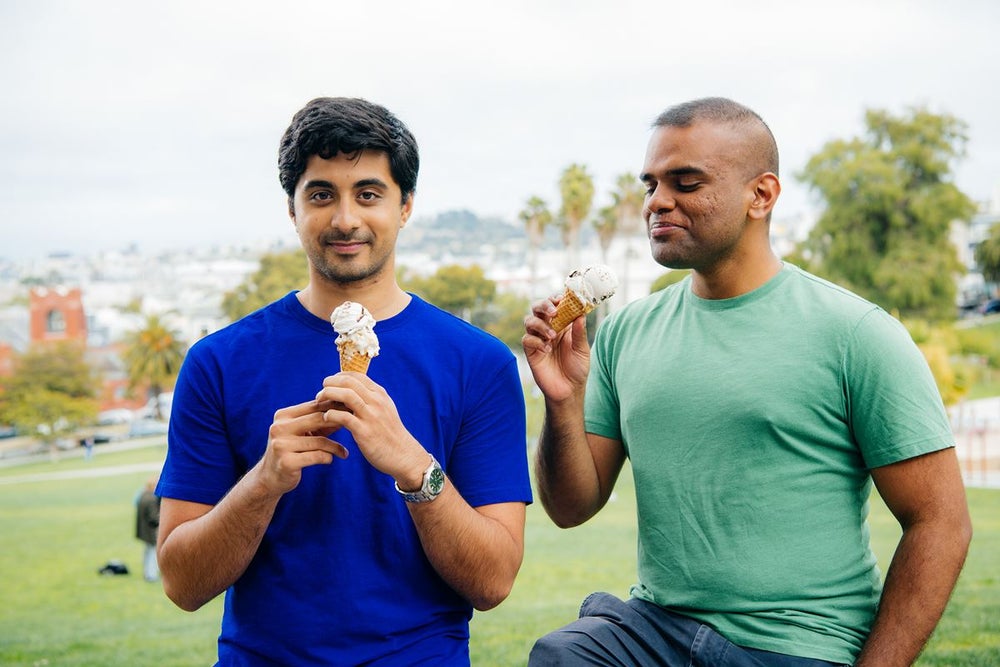 "We have an unreasonable amount of inbound inquiries coming from like every food company in the world at this point," Pandya said. "It's more than we could possibly send samples to and it wouldn't make sense to have bespoke conversations with every single one. They all pretty much have the same first five questions: What is the protein? What do you call it? Does it taste good? Do consumers like it? How do you describe the ingredients? This ice cream answers all those questions while also kind of showing consumers tangibly what it can do."

Perfect Day's hope is that one day foods made from flora are no longer considered odd. And since it created its protein, the company wants to be the one to explain what it is to customers first.

"This is to start that conversation with our fans and to start building value behind the term 'flora-based,'" said Perfect Day co-founder Perumal Gandhi. "There exists no vocabulary today to talk about this category, and that's what we essentially spent the last 18 months doing a lot of research on."

Pandya and Gandhi said that deals with other companies are already in place. If Perfect Day's protein takes off, it has the potential to be a global company.

"If you look at all the challenger brands of this decade -- Ripple, Just, Beyond Meat -- they're all using pea protein," Gandhi said. "Pea protein is made by three companies. Those three companies enabled all of these brands to exist. If you think about the brands of the next decade, we would like to enable a whole new era of foods that can use our protein as the source. You can have 10X more impact by working with the world's biggest companies than by just trying to be one additional brand out there."