By Laura Entis
January 22, 2016
Opinions expressed by Entrepreneur contributors are their own.

Beyond Meat makes vegan food, including "chicken" strips and ground "beef." According to the company, these products don't belong in the imitation meat category, too often characterized by chewy blandness. Instead, as founder and CEO Ethan Brown told us in November, the goal is to create plant proteins that, on a molecular level, taste virtually indistinguishable from the juicy, fatty goodness of real meat.

While Brown's campaign to get his products placed behind the meat counter at supermarkets hasn't panned out yet, Beyond Meat items are sold at more than 10,000 stores nationwide. Since launching in 2009, the company has raised $17 million in funding and attracted a high-profile list of investors including Biz Stone, Bill Gates and the venture capital firm Kleiner, Perkins, Caufield and Byers.

This past November, the company teamed up with meal-delivery startup Chef'd to bring its products, plus all the additional ingredients necessary to cook a full meal, directly to consumers' doors.

Of the two available options -- a barbeque kit and a taco box -- we choose the latter.

Did it taste like real ground beef, or a chewy, vegan crumble? Here's how things panned out.

The meal kit costs $28 for a two-person serving and $37 for a four-person serving, plus a $10 shipping fee. Delivery is available as soon as one to two days after placing an order.

Our order arrived in an enormous, insulated orange box (which, for a company whose message revolves around sustainability, is slightly problematic, though Blue Apron and Plated are in the same boat). 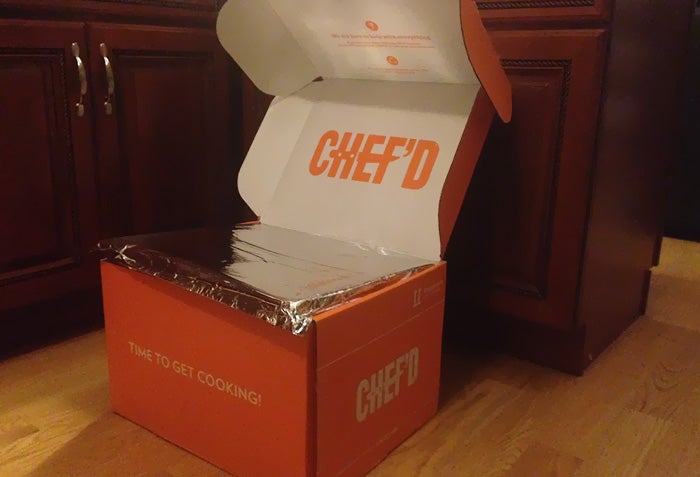 After cutting the onion, shallots, cilantro and garlic, it was time to make the guacamole. First, we juiced the limes.

Next, we cut up the avocados and mashed them in a bowl, adding the lime juice, chopped shallots, chili flakes and cilantro. 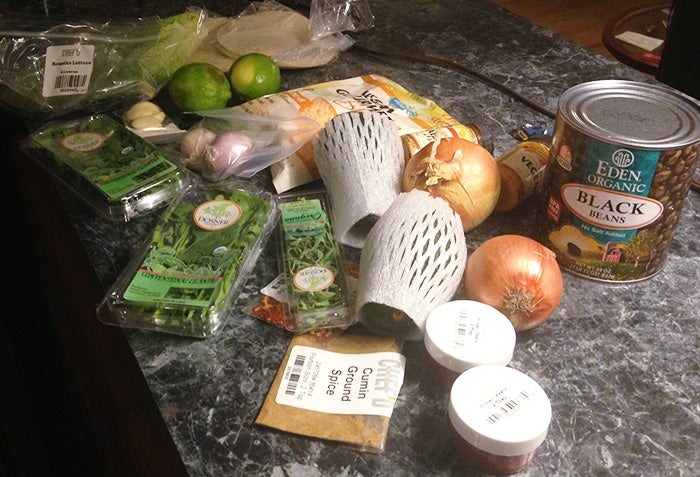 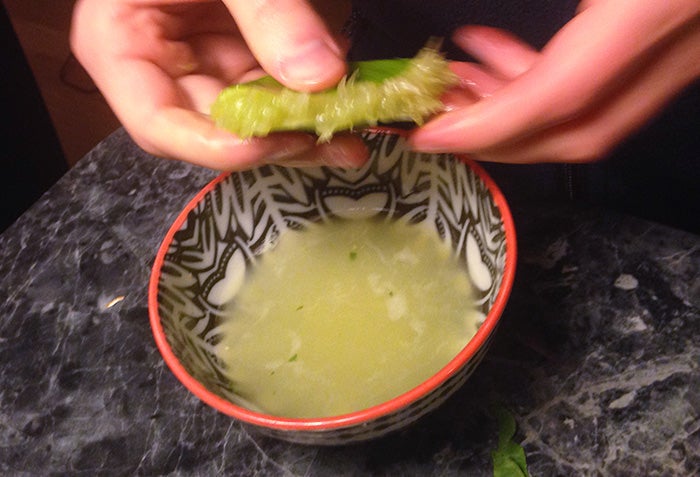 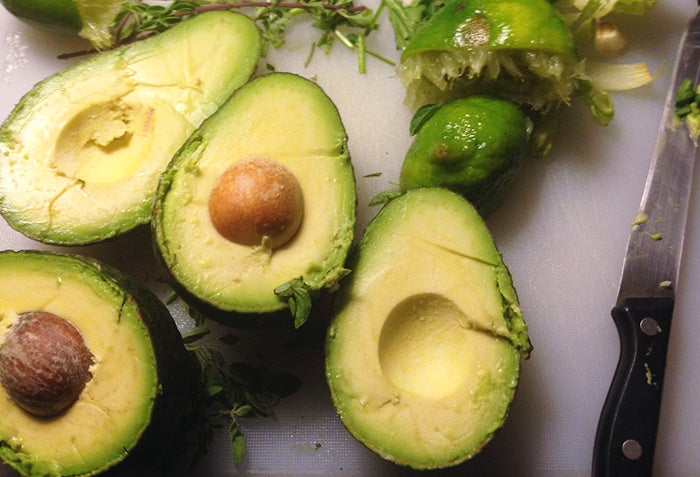 While the beans simmered over medium heat in a separate saucepan, we sauteed the garlic and onions, adding the tomato paste and the Beyond Meat crumble. Cooking the "beef" itself was slightly disquieting. It looked like meat, but it didn't smell like meat. And it certainly didn't sizzle like real meat -- instead, the sauteeing process was eerily quiet. 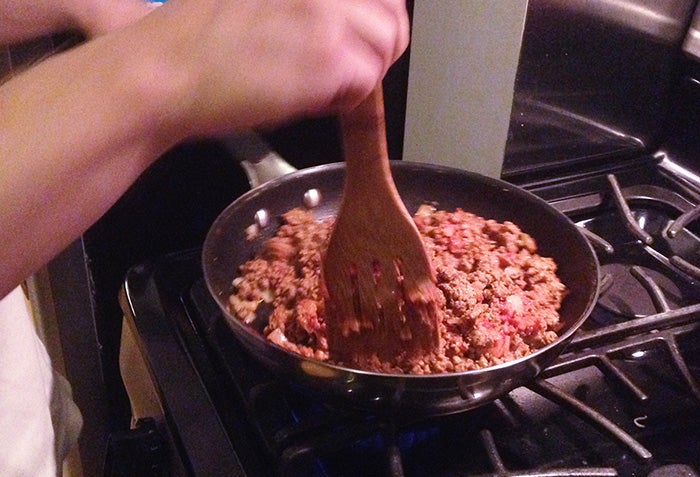 After heating the tortillas in a pan, it was time to assemble the tacos. We topped each one with the "meat" crumble, guacamole, shredded lettuce, beans and vegan cheddar cheese.The estimated cooking time was 40 minutes, but altogether it took closer to an hour. 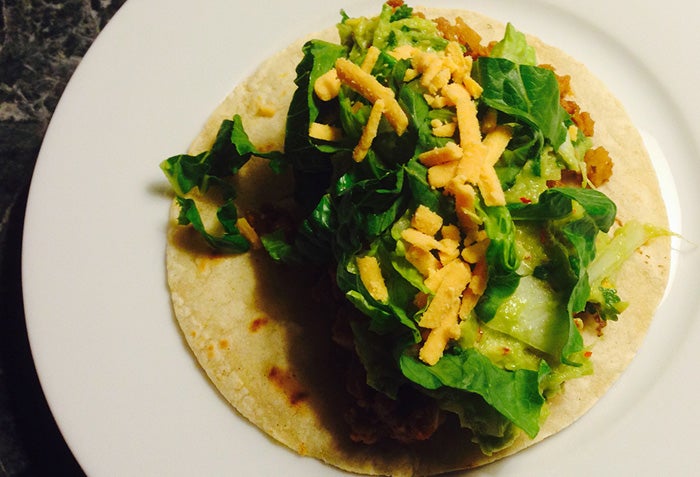 Out of curiosity, we heated up some of the "beef" crumble alone in a separate pan. Without the sauce and spice, it was unlike meat in both texture and flavor. While it worked in the taco, Beyond Meat has a ways to go before its products compare to meat dishes without the help of spices and sauces.

That said, the tacos made for a tasty and satisfying meal. 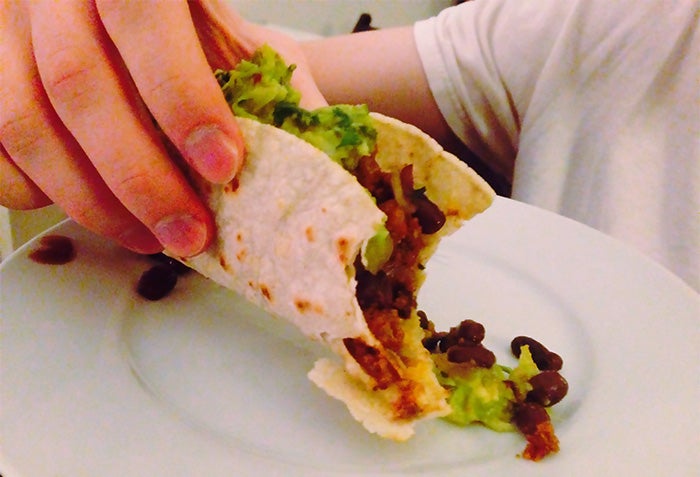