Marching To The Beat Of Your Own Drum

"What you do with your lives is something only you should get to decide on."

The Possibilities Project is a free handbook built by long-time friends of Entrepreneur Middle East, PDSi Managing Director Dawn Metcalfe and PDSi Head of Communication and Engagement Sarah (Hay) Bahar, aimed at helping students in the UAE (and anywhere else, really) "on a journey of self-discovery, independence, and career success." I was very glad to be asked to be a contributor for the same, which sees me join the likes of UAE Minister of Culture and Knowledge Development H.E. Noura Al Kaabi, Young Arab Leaders Chairperson Muna Al Gurg, and others in offering insights and information that can help guide young people as they go about deciding on their careers and, indeed, lives. Ahead of the book's launch at the Emirates Airline Festival of Literature in Dubai in February, the creators of The Possibilities Project have graciously allowed me to publish my contribution to it in Entrepreneur Middle East as well, which I have done so in lieu of my editor's note this month. Do check it out, and as always, let me know your thoughts by tweeting at me on @thisisaby.

As someone who's learned to always be a little skeptical about career advice that I get from people around me, there is a certain irony in the fact that I find myself now contributing to this book, which has been billed as "a young person's guide to career success." After all, one of my biggest pet peeves when growing up was the multitude of people who felt it was completely okay for them to impose their views and opinions on me, and go on to essentially tell me what to do with my life- and here I am doing almost exactly the same thing to a whole new generation.

So, with that in mind, I want to lay down some ground rules to follow as you read the thoughts penned by me and my fellow contributors in this book: the ideas and insights that we profess to have are a result of the experiences we've had over the course of our lives so far, and while there may well be some pointers and lessons that you can glean from them, they shouldn't at all be seen as directives for how all of you should live your lives. Because I believe that what you do with your lives is something only you should get to decide on- as cliché as it may sound, you should be marching to the beat of your own drum.

I say this with a lot of confidence now, but I must admit that such a mindset was not something I could claim to have during my time as a student in the UAE in the early 2000s. At the time, I may have dreamt of following through on my passion for writing into a career in the journalism and media space, but almost everyone around me –a range of people that includes (perhaps) well-meaning but overbearing teachers, to (maybe) kindly but clueless relatives of mine- told me, in no uncertain terms, that this was absolutely not the right way forward for someone like me.

Their reasons for saying so were varied. One popular contention made by the adults around me was that a career in the media world wouldn't be easy, and that journalists aren't paid well, and as such, those of us in this field would be leading tough and arduous lives as a result. Another common rejoinder I got when I said I wanted to be a writer or a journalist was that going down such a career path would mean that I, as a student who got good grades at school, would be somehow wasting the intellect and skillsets I was blessed with if I chose this particular profession.

Looking back on all of this now, I'm pretty certain that all of the people who told me the above things didn't do so with any particular malicious intent; I feel now that their view of the world was just too myopic to see the future I was dreaming of for myself. For instance, sure, I will admit to the notion that a journalist's job is a tough one- but then again, is there any job out there that's a joyride all the time? Besides, just as the media sector has several challenges specific to it, every other industry has its own set of particular trials and tribulations- but that doesn't mean these fields cannot be worthwhile and fulfilling to those who have a passion for it.

As for the purported waste of my talents: well, today, I could make a concerted argument for why the media sector offers a better workout for a person's mind than perhaps any other industry- but hey, I didn't know then what I do now. At the time though, given the overwhelmingly negative feedback I got to my preferred career choice, I put away the dreams and aspirations I had made for myself, and reluctantly got started on what seemed like a more conventional vocational path, which pretty much everyone around me said would be better for me and my future. 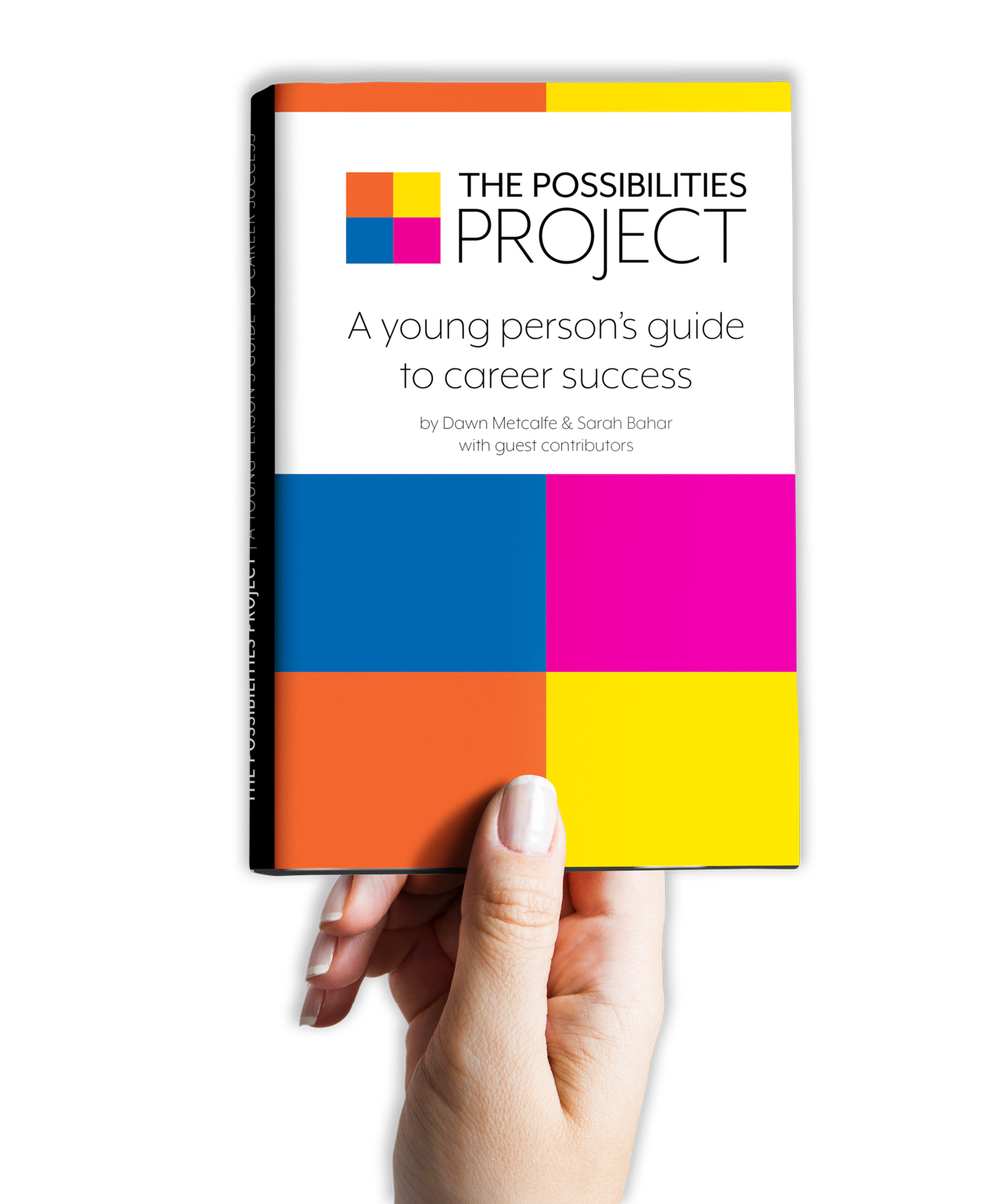 So, I finished school, and then went on to college in India for four years to earn a bachelor's degree in electronics and communication engineering. Shortly after I graduated, I was hired by Accenture as a software programmer, and that led me to work out of offices in Mumbai, London, and New York over the course of almost five years. As I thus approached my 10-year anniversary of getting out of school and onto this particular career path I was on, it did seem like the job I had was -both literally and figuratively- taking me places.

But while that may well have been the perception from the outside, the truth was that I was deeply unsatisfied with how my life was going. Sure, I was good at my job, and yes, I was climbing up the career ladder- but I had simply no interest in what I was doing, and as such, the perks of being a "senior software engineer" weren't enough to stop me from thinking that I was wasting away my life in this role. I was upset and unhappy, and I soon found myself in the throes of a quarter-life crisis, in which I kept wondering about how different life could have been, had I followed my ambition to be a journalist all those years ago. And that's how a new idea sprung to my mind: "Well, why don't I try to become a journalist now?"

When I started to tell people that I was thinking about changing careers, most of them told me it was a ridiculous idea- from their perspective, I had a good job, a good salary, a good way of life even, and so, they couldn't get behind why I'd want to throw all of that away to start up a career in a totally new industry. They'd also point out that I had managed to find a certain degree of success in my career so far, and that I should be mindful of the fact that there was no guarantee that I'd be able to carve out something similar in the media space. Once again, I found myself finding it hard to get validation for my ambition.

But this time around, I didn't let the naysayers squash my dreams. I had tried to do things the way they told me, and that was obviously not working out for me- so, now, I wanted to do things as I deemed fit. As for the risk of throwing away everything I had achieved so far for something that may very well not pan out at all, I decided that it'd be better for me to have tried and failed, rather than not trying at all. Plus, there was the inherent satisfaction in the fact that I was calling the shots now. I was deciding what I wanted to do with my life, and if I did stumble and fall doing that, I was okay with that- it was definitely better than being stuck in a life that was, in a way, imposed on me.

So, I quit my job, got a master's degree in journalism from Columbia University in New York, and then kicked off my career in the media space. I had essentially been threatened that working in journalism would see my life upend itself, and I'll admit here this was exactly what happened, and I could go on and on about all of the twists and turns I had to deal with as I made my way through this field. While I am today privileged and proud to be at the helm of a publication like Entrepreneur Middle East, I'll freely admit that it has not been an easy ride to get here. But here's the thing: when you're running after a goal that you have set for yourself, you somehow naturally find the will to navigate all of the barriers that come along the way.

In fact, I found out that I didn't really mind any of the hurdles that were in my path- and that was because it was, quite simply, my path. When you decide to be the architect of your own life, you decide how your world looks like, and while this is easier said than done, my experiences have taught me that doing so is certainly worth the effort. At the end of the day, remember that the only person who should be dictating how your life should be lived is you. And that's something I took a while to learn- here's hoping you don't take as long.

Related: Here's To The Crazy Ones: Swimming Against The Tide