The streaming service decided to prioritize flashiness above usability.

Hulu, the streaming service that recently launched a live TV initiative, updated its mobile app this week. But instead of thinking of all the content I could be watching on it, such as the exclusive The Handmaid's Tale, I'm stuck on one thought: endless scrolling. 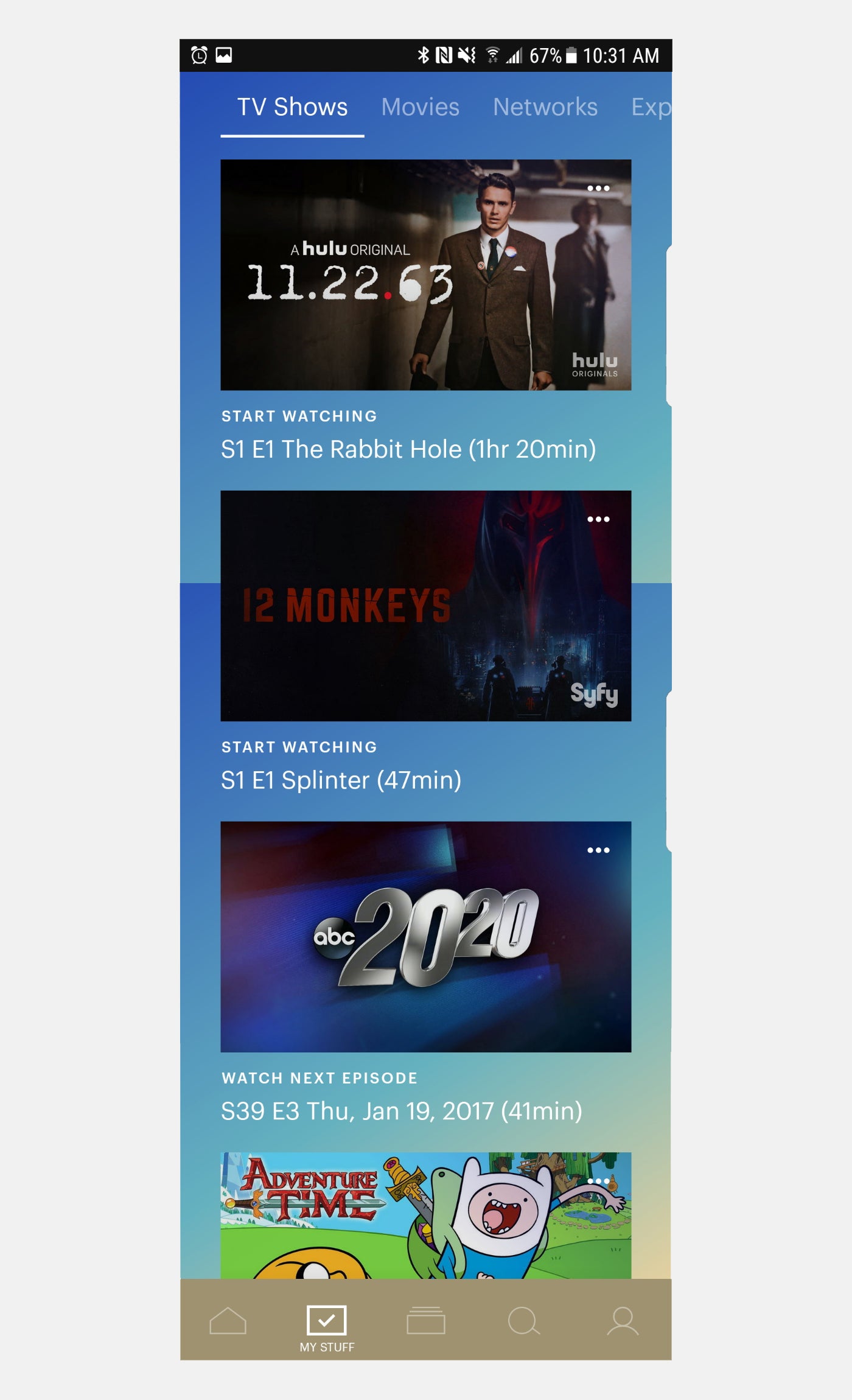 You see, the designers at Hulu have apparently decided that they'd rather present users with a flashy, colorful app instead of one that prioritizes usability. In the new app, there's no way to discern what episode is newest or what I've already watched -- everything is just presented in a long list you must now manually scroll through.

Don't take my word on it. I ironically scrolled through the app's rating on Google Play and found many users rating the newest update one or two stars. Here's a sampling:

"Since the new update the app has been incredibly time consuming to use. I need to click the show, the information then I can finally access episodes," writes Melissa Mok. "I also don't like that the last watched show is no longer on the front page when I need it -- I don't want to watch a suggested show. I'm going to avoid upgrading on iOS for as long as humanly possible so at least I have one useable mobile device with Hulu. What am I paying for at this point if it takes me extra time to find my shows?"

Nm Froggie writes: "So this used to be a great app. I have had Hulu for years and never really had any issue. A few days ago they updated the app and now it just sucks. Where before it was simple, easy and you could see everything easily, now it's just a big mess."

This one, from Chrissy West, captures my own feelings pretty well: "The update is cumbersome, inefficient and so time consuming, that I thought about cancelling Hulu altogether. I have no idea which shows on the watch list have new episodes, some of the show pages run in order from top to bottom and some from bottom to top. I am unable to view any specific info for individual episodes. I am unable to easily add or remove anything to my watch list and I am so disgusted that who ever created the update cared more about the appearance of the app than the actual functionality."

Finally, a nightmare scenario for any business: "I cancelled because the new format is not user friendly. Give me the option to go back or I'm not," writes Sara Lorance.

While I don't know Hulu's motivations for updating the app (the company declined to comment at this time), one thing is clear: people were fine with older versions and now they're unhappy.

The lesson here is clear: You can have the best content, but if you provide your users with a frustrating experience, they won't care. It's on you and your team to always think of customers first, not play catch up or satisfy some other need.