Is the Health Care Tax Credit a Dud? 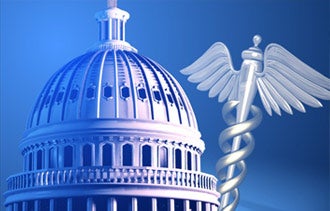 The health-care tax credit that went into effect two years ago to help small businesses is too complex to be of much use, according to a report from the U.S. Government Accountability Office.

Small business owners pay, on average, 18 percent more than their larger counterparts for health care. The landmark health-care law -- called the Patient Protection and Affordable Care Act -- was passed in 2010 and included a provision to help business owners by offering tax breaks on the health insurance premiums they cover for employees.

The health-care tax credit, however, was only claimed by 170,300 employers in 2010, according to the GAO report released this week. That is only a sliver of the 1.4 million to 4 million small businesses that were eligible for the tax credit, according to various estimates.

One of the main reasons? It's too complicated and takes too much time to apply for, the report stated. In particular, having to figure out average wages and the full-time equivalency requirement of employees discouraged small business owners.

As we reported earlier this week, about one third of small businesses also haven't even heard of the tax credit. And, of course, there are many small businesses that don't even offer health insurance to their employees, according to the GAO.

Furthermore, the size of the credit for those that did qualify averaged $2,700 – apparently too small to motivate business owners to start offering health insurance, the report noted. And 142,200 of those that qualified (83 percent) were not eligible to claim the full credit because of the way it is tiered: Businesses with fewer than 25 full-time employees (or the equivalent in part-time hours), pay at least half of the cost of their workers' health-care premiums and pay an average annual wage of $50,000 are eligible for a portion of the credit. A business with fewer than 10 employees and average wages less than $25,000 will get the maximum allowable credit, which is 35 percent of what the business pays on premiums this year and next – and that increases to 50 percent in 2014.

President Obama proposed earlier this year to expand the eligibility so that more small businesses would be able to benefit from the tax break.

A Treasury Department spokesperson stated in an email to Entrepreneur.com that new tax-credits initially see lower rates of adoption and the Internal Revenue Service will increase efforts to get the word out about the tax credit. Also, the health care reform bill was passed in March 2010, at which point record-keeping was already set for the tax season, making it difficult to go back and claim the credit for that year.

Readers, had you heard about the Small Business Health Care Tax Credit before reading this article? If so, how has it helped you pay for health care costs?