By Mikal E. Belicove
December 22, 2011
Opinions expressed by Entrepreneur contributors are their own. 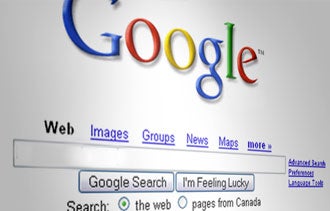 Two U.S. senators fired off a letter to the Federal Trade Commission this week calling for an investigation into what they allege as bias by Google in favor of its own products and services in search results.

Senators Herb Kohl (D., Wis.) and Mike Lee (R., Utah), both members of the Senate Judiciary Committee's Subcommittee on Antitrust, Competition Policy and Consumer Rights, claim that by consistently pushing search results related to sites and services it owns over those owned and operated by others, Google is "undermining free and fair competition among ecommerce websites."

In the five-page letter (PDF) to FTC Chairman Jon Leibowitz, Kohl and Lee question whether Google -- which currently owns approximately 65 percent of the search market here in the U.S., according to the latest figures available from comScore -- may be acting in an anti-competitive manner with respect to antitrust laws and the FTC Act.

Among the search engine results cited by the pair as ranking higher are those related to products and services delivered by Google Travel, Google Finance, Google News, Google Maps, Google Product Search, Google Flight Search and YouTube. The senators question whether Google can be an unbiased general, or "horizontall," search engine while owning such Web-based businesses from which it derives substantial advertising revenues.

In the letter, the senators cite one of Google's top executives admitting in a 2007 subcommittee hearing that the company did indeed coddle its own websites. The executive, Marissa Mayer, now Google's VP of Local, Map and Location Services, testified that when it rolled out Google Finance, "We did put the Google link first. We do all the work for the search page and all these other things, so we do put it first," adding that this practice is company policy.

In the subcommittee's latest hearing, which took place in September of this year, Jeremy Stoppelman, co-founder and CEO of Yelp testified "Google is no longer in the business of sending people to the best sources of information on the Web. It now hopes to be a destination site itself for one vertical market after another... It would be one thing if these efforts were conducted on a level playing field, but the reality is they are not."

The senators' complaint is that Google shouldn't be allowed to promote its own products and services above those of competitors like Yelp, calling it a conflict of interest. They concur that nobody can compete -- big and small businesses alike -- with Google, making regulation a logical step.

The letter concludes that the FTC should take the reins in an effort to determine if any antitrust laws have been violated or if harm has come to other businesses as a result of Google's practices. I'll be closely following this development with a promise to get back to you with ensuing details.

How have Google's self-promotional tactics affected your business? Leave a comment and let us know.