But the topic of siestas in the European country is more complicated than you'd think.

Spain is a country known for its long workday -- typically ending at 7 p.m. -- with a two-hour break in the afternoon to make up for it. These siestas are a time for Spaniards to eat a good meal and take a nap.

Increasingly, however, this tradition has been harder to keep for workers in urban centers whose employers don't pull down the shades during siesta. 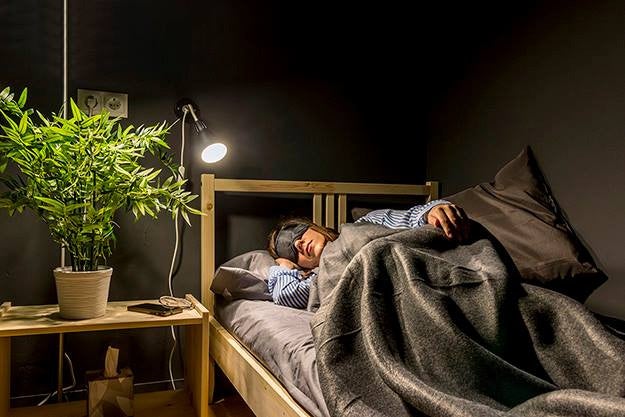 Cue Maria Estrella Jorro de Inza, a Spanish entrepreneur who took a trip to Japan and was inspired to transplant the idea of a nap cafe to her native homeland, surprisingly for the first time in the nap-happy country.

Related: Staying Up Late and Sleeping In on the Weekends Is Bad for Your Health

"It's funny that we're known for the siesta, but we haven't been professional about it," De Inza told Bloomberg. "We get a lot of men in suits who just want to relax and women wanting to take their heels off. Lunch break is the busiest time."

The aptly named Siesta and Go opened in Madrid in May and features 19 beds and a coffee area. Staff provide about 30 customers daily with fresh sheets, earplugs and slippers. 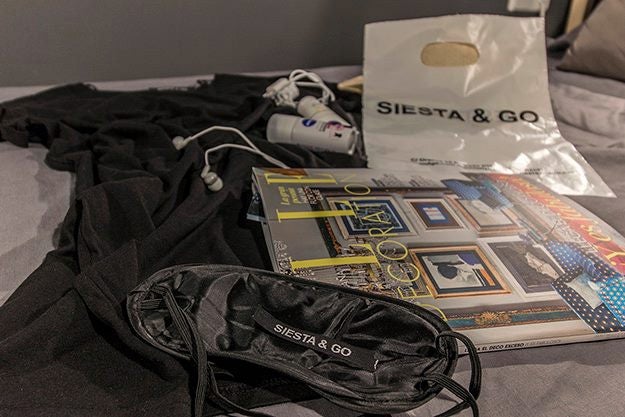 There's actually a serious debate going on in Spain right now about the future of the siesta. In 2016, the country's prime minister proposed a law to end the workday at 6 p.m., which would effectively kill the afternoon nap. The shorter workday would allow working Spaniards more time to take care of their families in the evening. However, many are attached to the siesta as part of the Spanish way of life.

On a related controversial note, some argue the country has been in the wrong timezone since 1942, when Spain's former dictator, Francisco Franco, pushed the clocks forward in a gesture of allegiance to Adolf Hitler.