The American Pickers Guide to Negotiating

By Carol Tice
May 10, 2012
Opinions expressed by Entrepreneur contributors are their own. 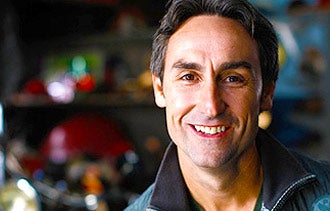 Do you hate to negotiate? Feel too shy or intimidated to ask for more, or to pay less? If so, you might want to tune in to History Channel's hit show American Pickers. This show is like a college course in how to negotiate a great deal.

They're a couple of laid-back guys who seem to just be out on a lark, having a great time yard-sale shopping. Until it comes time to cut a deal, that is. Then they bid low, and they usually don't buy unless they can get something for about half what it's worth at retail.

How do they pull it off? Here are some negotiation tips drawn from their show:

Most often, the pair are soon tooling down the road again with their van loaded down with choice new acquisitions. At the end of each show, they add up what they paid and what they expect to get reselling the items, and it's always a nice profit.

If you can learn to enjoy negotiating, like the Pickers do, I think you end up getting more of what you want.