The Founders of RXBar, Acquired by Kellogg for $600 Million, Built the Company by 'Having a Bias Toward Action'

Peter Rahal and Jared Smith earned a steady stream of loyal customers with their simple bars, clean packaging and absolutely 'no B.S.'

Peter Rahal, who along with Jared Smith founded RXBar, recalls a pivotal moment that set the philosophy of their nutrition bar company -- one that would eventually be acquired by Kellogg for hundreds of millions of dollars last year.

In 2012, the co-founders, who are from Glen Ellyn, Ill., were in the kitchen of Rahal's parents, making bars and discussing getting funding for their nascent company. That's when Rahal's father cut in.

"You guys need to shut the fuck up and just sell a thousand bars," Rahal says, summarizing his father's sentiment. "That was a really defining moment for us, and it's how we work today. It's in our DNA; this idea of taking action and doing it yourself."

And throughout the mostly bootstrapped company's more than four years in business, the co-founders did just that. It has paid off.

Last year's net revenue was $130 million, with 105 million bars sold. Its products, which also include a line for kids, are sold in 125,000 locations around the country and now employs more than 100 people. 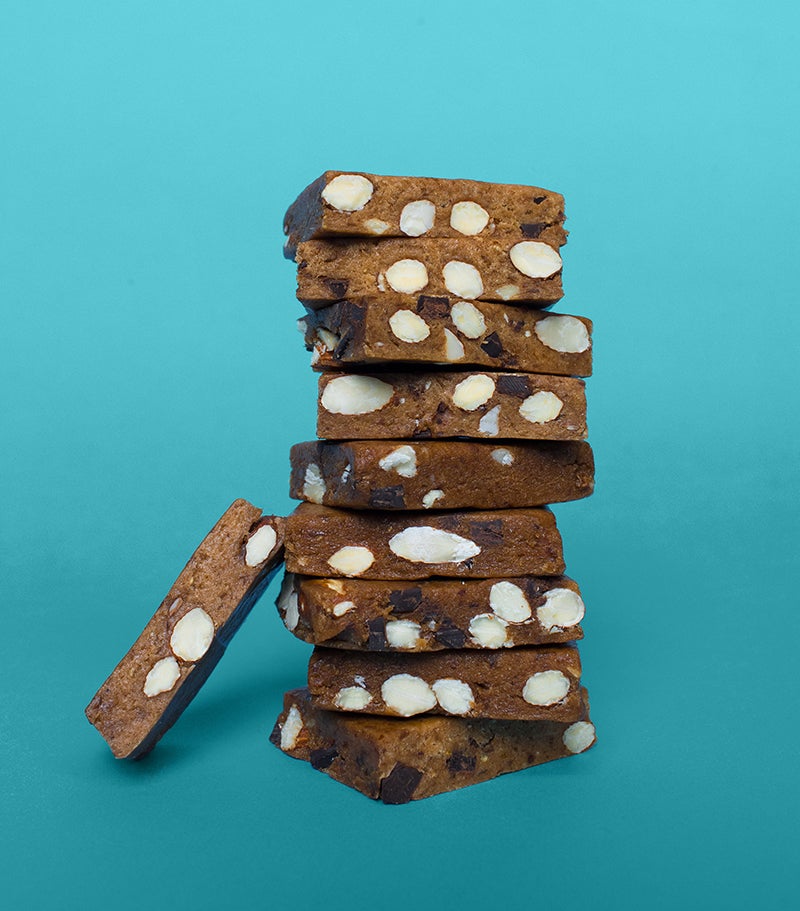 Their company, known as the maker of "the fastest growing nutrition bar brand in the United States" with simple packaging, gained the attention of Kellogg in 2017. RXBar was acquired by the huge food manufacturer for $600 million.

Entrepreneur spoke with Rahal for more insights about his approach to business and the growth of the company.

What was the sales approach when the company was just starting out?

People in the beginning were like the world doesn't need another protein bar. We looked at traditional grocery [stores] and was like, we can't compete there. That barrier to entry in that market set our strategy: to sell into CrossFit gyms and be the product that's designed for them. We started in Chicago and just dropped by the gym, door to door essentially, calling, emailing, just like traditional sales. Once we got out of Chicago, we started in Milwaukee, then Minneapolis, Indianapolis. But, it was only gyms; it kept us really targeted.

Related: The 15 Characteristics of People Who Succeed at Sales

So was it like, here is the bar with a note on it and you told the gym to order more go to this website?

I'd follow up with email. Service has always been a value of our business. On the package for the first two years was my cell phone number. So, here's the bar, you can place an order online or text, call or email. Any path -- whatever the customer wanted -- we would make sure it's frictionless.

You described your initial branding, which was created in PowerPoint, as ugly. How did you create the iconic look people know RXBar for?

We built the business in the field every week and throughout this whole time we were out sampling at events. In that process you learn how to pitch the product, what people like and how to market it. It's really valuable data you're collecting. You give someone an RXBar and it was like, what is it? We'd be like, well it's like eating three egg whites, six almonds, four cashews, two dates. People are like, oh that's awesome.

We made a brief to the designers, [we said] people like RXBar because it's minimal ingredient. People don't buy it because of the brand name. We knew we had to do it a little differently, because the category was competitive.

When I first saw RXBar, I knew immediately what it was. You have the ingredient list, front and center, and I don't need to know anything else.

The bar form tells you what it is. What we struggled with is the claims are outrageous. It's gluten free, soy free, dairy free, all natural. The list of claims are like 20. That shit doesn't matter. That's why our approach to how we work and everything is "no B.S." That just became a kind of a quirky master claim essentially.

What was the growth like from that point of the redesign?

Before the redesign, we did the trade show circuits and no one gave us any love. At Expo East 2015 (one of the larger conferences for consumer packaged goods) is when we came out with this essentially. Wegmans was our first customer and then Whole Foods, Publix, some other grocers. Then we started getting traction. Trader Joe's was the first one to give us national coverage. 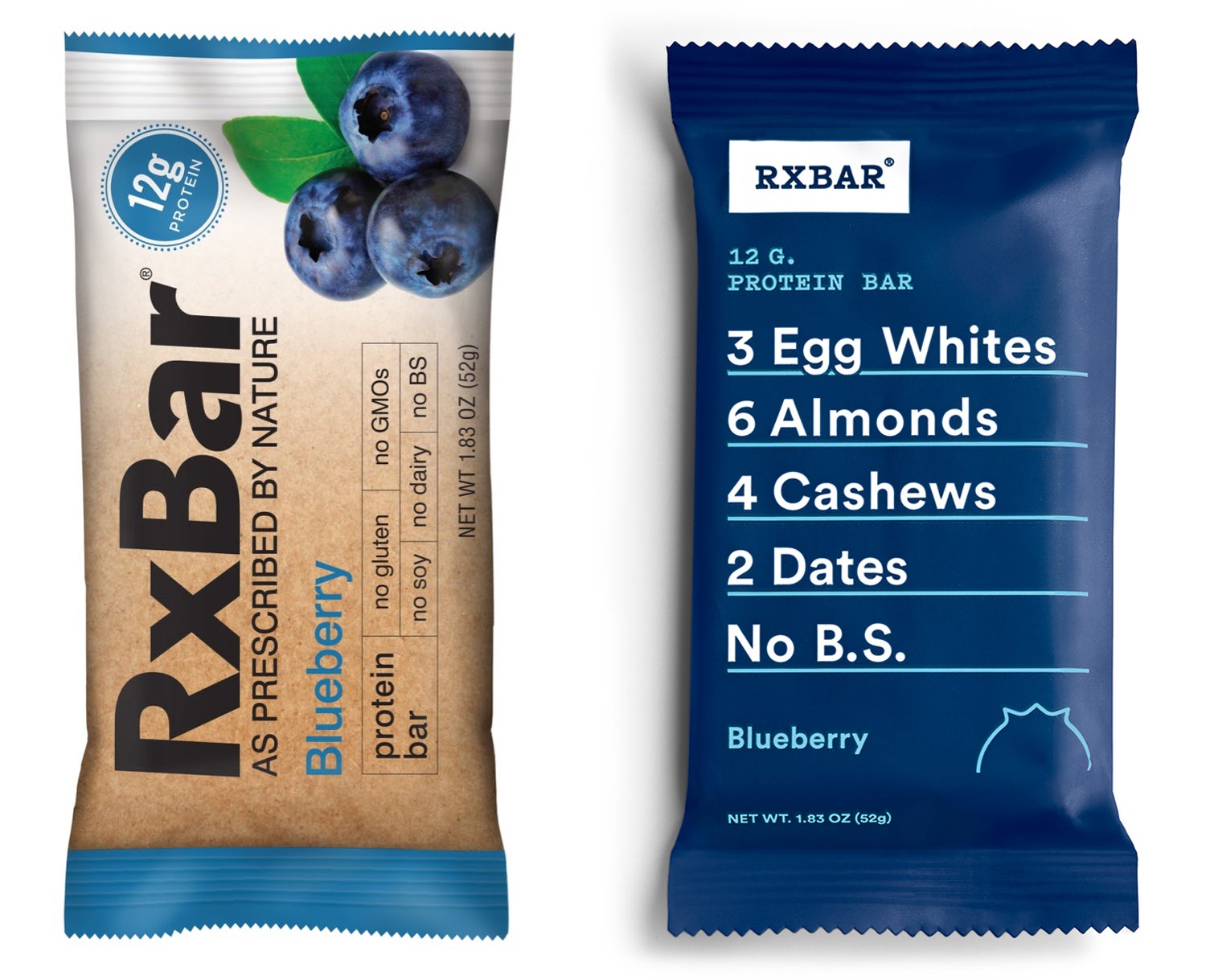 Image credit: RXBar
Related: This Entrepreneur Built the Hottest Celebrity Spot on the Planet -- and a Brand With Staying Power

How did the Kellogg deal come about?

Jared and I never designed the business to sell it; we designed it to solve a problem for customers. In January 2017, Jared and I were sitting around and asked what do we want to do with this business? Do we want to continue and make it a family business? Or do we want to roll up into it a greater company, really scale this thing and take it to the next level. We wanted to go put fire on this thing.

In March, we explored and saw what was out there. Prior to any meeting [with big food companies], I was so nervous that they're assholes, better than us, arrogant, they're going to eat us, they want me fired. I was overwhelmed with how great they are. They're just people, their companies are awesome, they're great cultures. They mean well; they actually respect you.

What was it about Kellogg's that stood out to you?

One: it's an amazing company; I'm not just bullshitting. They have amazing history. They do great work for society. What enables that is their culture and values. There is great camaraderie, and you can't overlook that. The conversations were good and fundamentally, our values reflected Kellogg's.

And the second piece was obviously the synergies with the business. They make bars, they sell a lot of bars, so they have that expertise R&;D wise. Their research data [solves] a huge puzzle for us. Also, we didn't want to exit. I don't want to not work. Our leadership team didn't want to retire -- and how Kellogg approaches acquiring companies, they don't want to fire the founders.

Can you tell me something interesting about yourself that you think helped you launch your business?

My family are all dyslexic entrepreneurs. [Having dyslexia] is the biggest competitive advantage I have. [For] one, the adversity I grew up with being a failed student, the empathy and soft skills it created, you have to adapt and learn how to play with others.

Two is an actual cognitive intellectual thing. Dyslexics can't do sequential tasks such as reading or series, but they have great holistic thinking. So the ability to identify holes, to solve problems, connect the dots.

Related: Shark Tank's Kevin O'Leary: Having Dyslexia Is a 'Superpower' in Business

You've been in this for for five years. If somebody was coming into it now, what would be your top piece of advice for them?

See a problem, design a product to solve that problem and make sure that position's really thought out. The more that is done well, the rest of it is a lot easier.

[The second is to] be a value-based company, not a rule-based company. [Last,] be proactive, not reactive, because when you open your doors it's so easy to sit there and get bombarded. Also be focused and remain humble.