By Diana Ransom
June 20, 2011
Opinions expressed by Entrepreneur contributors are their own. 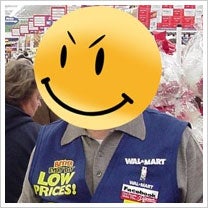 It's not often that small-business owners will side with Wal-Mart. But when the U.S. Supreme Court today disallowed Betty Dukes and about 1.5 million of her female colleagues to team up against the megastore for allegedly discriminating against women, a number of business owners sighed in relief.

The U.S. Chamber of Commerce, which had filed two amicus briefs with the Supreme Court in support of Wal-Mart, overwhelmingly applauded the Supreme Court's decision, which will likely carry vast consequences for future businesses facing other class-action suits.

"This is without a doubt the most important class action case in more than a decade," Robin Conrad, executive vice president of the U.S. Chamber of Commerce's National Chamber Litigation Center, said in a statement. "Too often the class action device is twisted and abused to force businesses to choose between settling meritless lawsuits or potentially facing financial ruin."

Although the Supreme Court's ruling did not determine whether Wal-Mart had discriminated against its female employees, it did say that the company's current and former employees could not proceed as a class. That ruling disagreed with a previous court decision, which moved to widen the standard for certifying class actions -- and some say, open the door to ever more class actions suits.

Of course, facing a class-action lawsuit is hardly a credible threat for many small businesses, as their balance sheets -- and by extension, a plaintiff's prospects for future settlements -- are typically limited. But the decision could carry implications for any number of smaller companies that not only have employees but also supply consumers with goods and services.

"What it did was reaffirmed the rule of law that exists in the country on the proper means of bringing lawsuits. And it applies to everyone -- not just Wal-Mart's but the Joe's Groceries of the world," says R. Matthew Cairns is a defense attorney with Gallagher Callahan & Gartrell and president of The Voice of the Defense Bar, an international organization of defense attorneys and corporate counsel based in Chicago. "It's not the death knell for class actions, but it will certainly make class action lawyers think long and harder about how class action suits are made."

Will small businesses benefit from Wal-Mart's victory? Leave a comment and let us know.