Why the Rap Genius Story Is Really About Google

By Ian Lurie
January 3, 2014
Opinions expressed by Entrepreneur contributors are their own.

Last week, lyrics-annotation site Rap Genius made headlines for a major Google no-no. The startup was accused of sending spammy emails asking bloggers to insert Rap Genius links into their sites in hopes of ranking higher on Google's algorithm for organic search. Once the SEO giant caught wind of the company's shady tactics, it penalized Rap Genius' search rankings, sending its pageviews in a downward spiral. 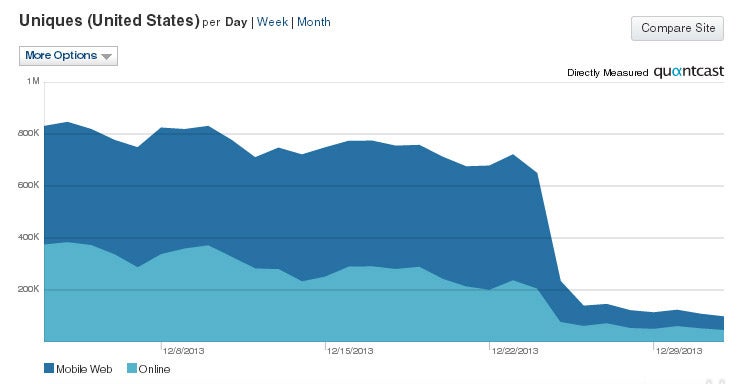 In a blog post Rap Genius admits, "We effed up." And they did.

The tactics they employed to rank well in Google search results were short-sighted. They pursued large-scale, highly questionable link building, in public. And they did it in a year when Google's been particularly hard on similar tactics. That's clear. But this story raises some big questions about how Google picks and chooses the sites it penalizes and the catch-22 this treatment creates for businesses trying to compete.

Related: The Stupid Way Rap Genius Got Burned by Google

Before we delve into the whole Google-Rap Genius showdown, here is a quick explainer about links:

The importance of links.

On the internet, links are like votes: Every link to your web site tells search engines you're important. The more links you have, the greater the importance -- helping your competitive advantage. Links continue to be one of the most important ranking factors in Google and Bing's search rankings.

That said, Google and Bing both have rules about links: You can't buy them or acquire them through another form of exchange. You also can't build 10,000 sites and link them back to your business or do link "trades." The rules get more complex from there, but the theme is simple: Don't fake it. And while the line between "real" and "fake" links is blurry, Rap Genius's behavior clearly stepped far past it. And they got caught. Case closed.

But the penalty Google imposed on Rap Genius raises questions, not about the brash lyrics site, but about Google. Is the search giant presenting an impossible choice on businesses?

Why it took so long to out Rap Genius?

Google's filled with brilliant engineers, including an entire team devoted to maintaining search quality. Rap Genius has, at most, probably one or two search-engine optimization (SEO) pros. And given the tactics employed, they probably have none at all. Clearly, Google has the upper hand.

Related: What Google 'Hummingbird' Means for Your SEO Strategy

So why did it take an unaffiliated blogger to out Rap Genius's methods? Either Google either didn't catch the problem or ignored it. (When I reviewed Rap Genius earlier this year, I didn't catch it either. But I am not Google.)

Keep in mind, Rap Genius's methods were not subtle: They invited bloggers to join their "affiliate program," which meant bloggers placed Rap Genius links in posts in exchange for promotion. So basically Rap Genius purchased links with free promotion. And their link growth exploded. Between September and November 2013, Rap Genius doubled the number of links pointing at their site, adding more than 20,000 to their link profile, according to Majestic SEO's link intelligence tool.

And it's exactly the kind of anomaly Google catches. So, Google either missed Rap Genius's questionable link strategy, or decided to ignore it. The search giant only acted when a blogger with no Google affiliation revealed Rap Genius's behavior.

And they're still ignoring the link-building tactics of almost every competing site. In a Rap Genius blog post, the startup calls out competitors for "suspicious backlinks." I took a quick look, and they're right.

I briefly reviewed top-ranking sites on Google for the search term "rap lyrics". Even a quick glance revealed multiple violations of Google's terms of service.

For instance, Google says it will penalize sites that work to artificially acquire "non-editorial links," including links from unrelated blog posts on unrelated websites. This link to the lyrics of Wu Tang Clan's "C.R.E.A.M." from an article discussing government appropriations is a perfect example. But if Google doesn't detect this violation, the link probably helps a target lyrics site similar to Rap Genius rank higher for "C.R.E.A.M." 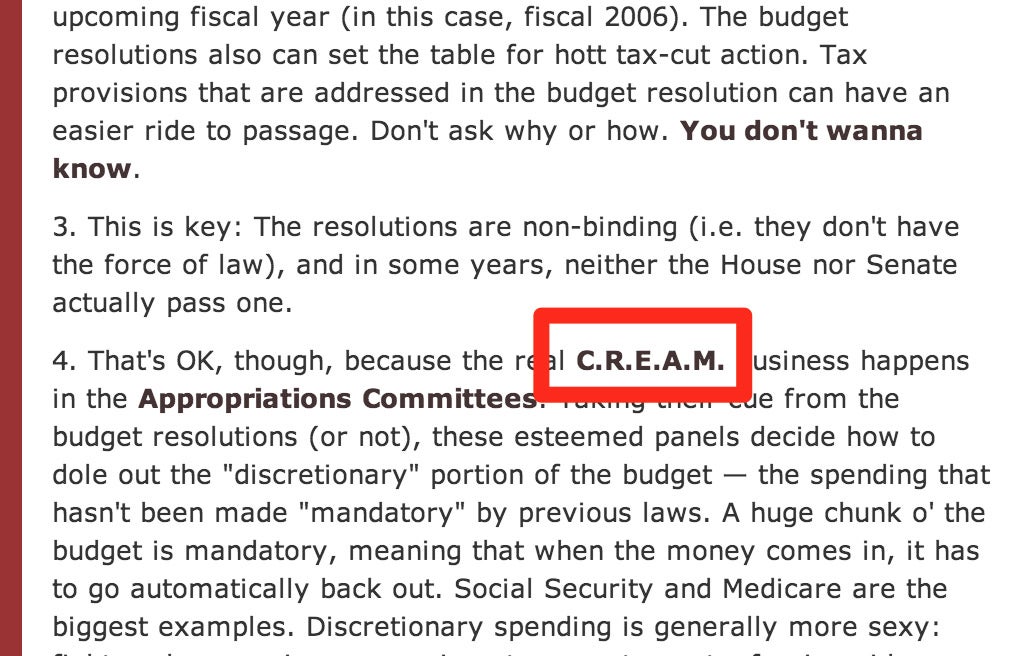 Another great example: A page where a blogger laments his chance of success as an artist but then links to lyrics for Johnny Cash's song "A Boy Named Sue." Again, if undetected, this link probably helps the target lyrics site rank higher. They're violating Google's terms of service, and benefitting from it, because they haven't been caught.

Related: How to Fix Your Website If You Violate Google's Quality Guidelines 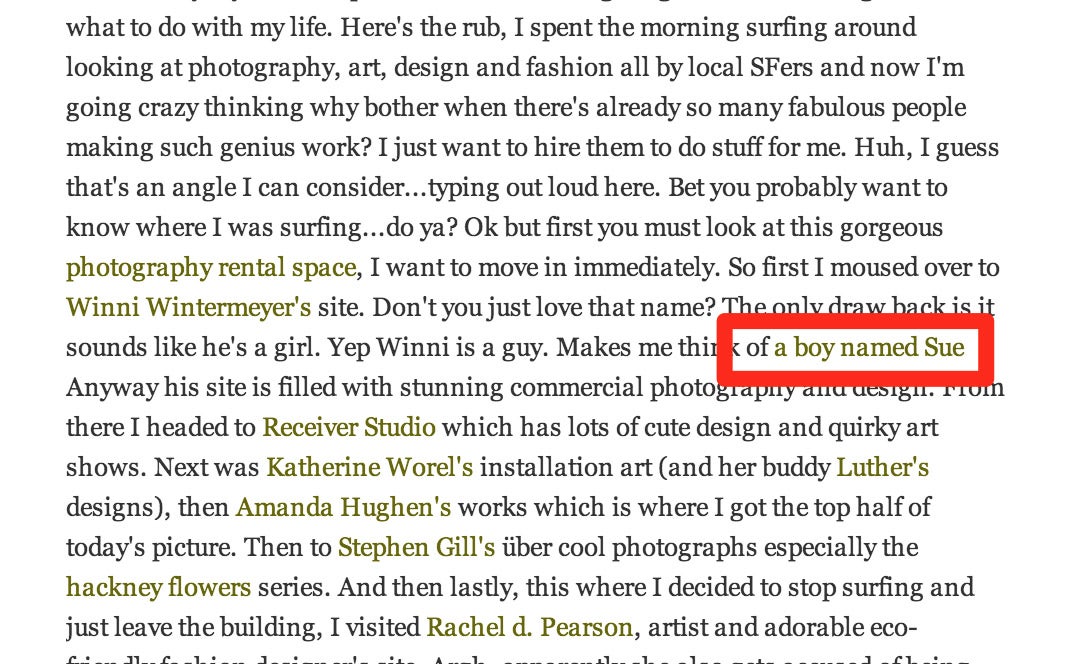 Both of these examples pointed to sites that rank in the top five on Google for 'lyrics.' One or two wouldn't ring any alarm bells at the search-engine powerhouse, but there was an abundance of these links -- a clear violation of Google's rules. And unlike Rap Genius, they continue to benefit from these violations.

I'm not sure. But this tornado-like practice of trashing one business while leaving neighbors unscathed puts businesses and the professionals who advise them to follow Google's rules in an impossible position.

It's hard to resist the urge to cheat when everyone around you is cheating too. I work with clients every day who point to competitors engaged in manipulative link schemes and say, "If they can do it, why can't we?!" I counsel patience and point out what can happen if they violate Google's rules. But it's maddening to see Google miss so many sites that engage in the precise tactics the big G forbids. It's easy to see why sites start cutting corners.

I'm not excusing Rap Genius, but many industries, including lyrist sites, face a Google-driven catch-22. Either the company behaves, doesn't rank and endangers the business or engage in the same risky tactics as competitors and endanger your business. It is a no-win situation.

Related: Are You 'Layering' SEO? You Should Be.

Where this leaves small businesses.

Rap Genius may lead to a lot of industry schadenfreude, or the enjoyment of seeing other's misfortune. But it doesn't answer many questions -- if anything, it raises more.

I'll keep saying what I always have: Violate Google's terms of service at your own risk, and I won't help you do it.

Yet, many businesses will continue to face the same dilemma: Break the rules to compete on a search engine that dominates the digital world or behave yourself and lose ground until they're caught. What will you do?

A few rules for companies: