10 Thoughts on Tech, Trends and Innovation at CES 2014

By Jason Fell
January 10, 2014
Opinions expressed by Entrepreneur contributors are their own.

LAS VEGAS -- Sin City is a crazy place. It's full of bright lights, gambling, lots of booze and a host of extracurricular activities that some would definitely deem morally degrading. But it's also a lot of fun. Especially when the International CES rolls into town. It's kind of like a microcosm of Las Vegas -- all shiny new things, large crowds, big money being spent and the occasional scantily clad marketing woman.

The big tech show is in its final day and now is as good a time as any to reflect on the week. Here are some of my final thoughts -- more like observations, really -- on all things tech, trends and innovation at this year's installment of CES.

1. 'Glassholes' everywhere. Living and working in New York City -- home of Silicon Alley -- I've seen my fair share of people wearing Google Glass. Not that it's unexpected, but when you cram some 150,000 tech geeks into the Las Vegas Convention Center for a week, the number of Glass wearers increases dramatically.

And despite commonly being referred to as "Glassholes," I can report that the people I encountered wearing Glass were all happy, pleasant and fun to chat with.

2. The Samsung area was out of control. Talking about cramming so many tech geeks in one place, good luck trying to squeeze into Samsung's exhibit area (see picture below). It was packed elbow-to-elbow with tech gawkers from all over the world. If you didn't have something specific to check out, you might have given up and kept moving. I, however, fought my way through to get a look at Samsung's new 105-inch HD TV. 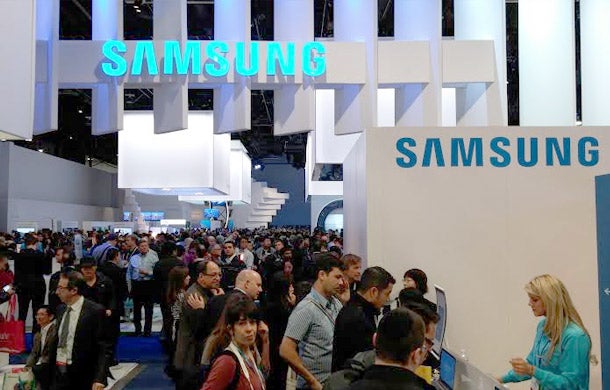 3. Mega TVs galore. All the big-tech companies had their 4K, ultra-high resolution TVs on display. These aren't necessarily new, but they offer such a high-quality picture, you almost feel like you want to (or can) step right into the screen and into a scene. If you haven't yet seen one in the wild, you should.

What I hadn't seen in person before were the curved and bendable screen TVs. "Bendable" TVs mean they can automatically switch between flat and curved viewing options. The idea behind the curved screen is that it delivers a more immersive viewing experience. I'm not 100 percent sold, but I'd hands down take a curved TV over any of the available 3-D TVs (3-D still bothers my eyes).

Related: A True Transformer: Asus Announces a Laptop-Tablet That Runs Android and Windows

4. LG's curved phone is pretty cool after all. When LG announced its curved G Flex smartphone last year, I admit I was skeptical. Why would anyone want a curved phone? What's the point? Won't it break or at least be awkward in your pocket?

No, nope and negative. The curved shape is meant to fit the shape of your face, with the speaker closer to your ear and the microphone right at your mouth. And since the phone is basically all made of durable plastic, it's also flexible. For instance, you can flatten the phone on a table, and it won't break. So no real issues carrying it in a pocket.

Then there's the phone's "self-healing" back side. I had a demo and watched the phone being scratched up. Within a matter of minutes, the scratches disappeared. No one could explain how it works in any great detail, but it was still very cool.

Related: The Wackiest Gadgets and Other Tech at CES

The picture below doesn't do the phone's curved shape any justice, but there you have it. 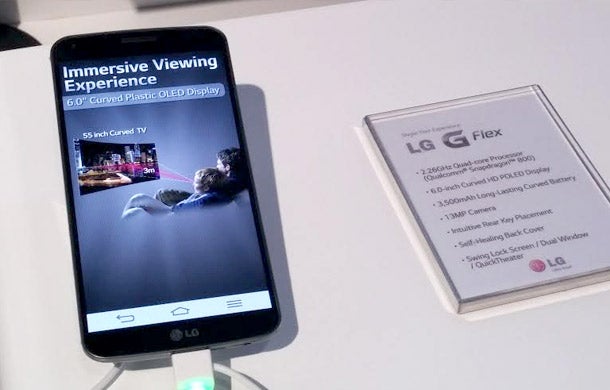 5. The 'Internet of Things' is here but is just starting to take off. Want to dim the lights in your living room? Video chat with the person who's ringing your doorbell? Know immediately if someone is breaking into your house? Or be notified the instant your teenager gets into a car accident? There are apps for all that.

Related: What If EVERYTHING In Your Life Was Connected to the Internet?

Pretty much any function of our lives is being connected to the internet and entrepreneurs and tech giants alike are developing hardware and software to help us manage them smarter and more efficiently. While smart tech in entertainment and media services has caught on with consumers, the connected home, apparently, is taking a bit longer to heat up.

6. Not everything is so straight forward. While some gadgets and apps fill an obvious service gap or just make everyday tasks easier, some technologies are, well, a little more "out there." And those technologies were on display here are CES this year. We rounded up some of our favorites.

7. Sometimes, 'old-school' tech can be the most fun. This happened. 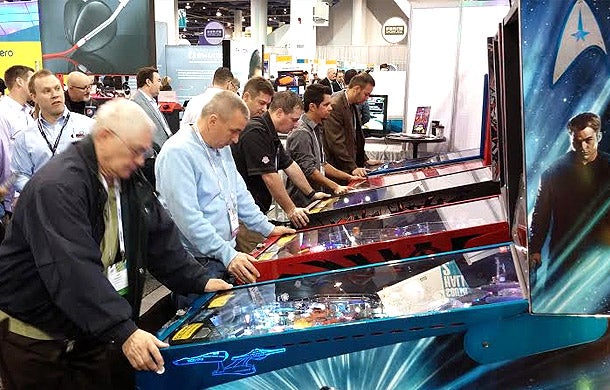 8. Innovation is alive in Eureka Park. While some tech reporters will say we didn't see much in the way of innovation from products at this year's CES, some very innovative products and services were on display in the Eureka Park TechZone. This is where all the entrepreneurs and startups gather to show off their creations and explain how they're pushing the envelope in tech.

9. Wearable tech is everywhere. Google Glass was far from the only wearable tech to be seen at CES. New types of smartwatches were on display all over the show floor. Wearables in health tech were also all the rage. You name the health condition and someone has or is creating a wearable device to help monitor it - everything from gadgets to reduce eye strain, glucose monitors and tools to track wheezing symptoms for asthma suffers. And on and on and on. 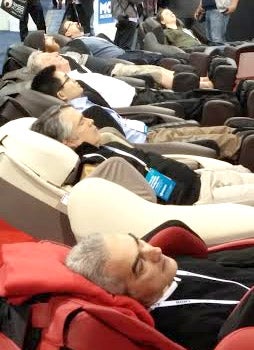 10. Attending CES is fun, informative and also exhausting. Not only are attendees packed onto the show floor like sardines, it can take longer walking to a keynote or specific exhibit than you even spend checking out said keynote or exhibit. The convention center is expansive. After just one day of trolling the exhibits, my feet were hurting. And I was wearing comfortable sneakers.

If I had any of the health-monitoring apps downloaded for my Pebble then I could have known exactly how many steps I took, how many calories I burned, etc. You get the point.

If you don't believe me, just look at the picture to the right. Enough said.