The ousted charity leaders never provided the structures and controls needed to be protectors of the generosity coming their way.

Stewardship is an important aspect of leadership. No matter what you do when you lead an organization, whether it's a startup, a large business or a charity, much of your role is ensuring that the money and trust invested in you is spent prudently. There's an act of faith when someone donates money to your cause, invests in your equity or buys your product. You are the steward of that faith.

CBS News first reported in January that there were questions about the Wounded Warrior Project, which provides a range of support, programs and services to combat veterans. It is unquestionably the largest and best-known of veterans groups, raising an estimated $1 billion since 2003.

Related: 10 Incredible Nonprofits and the Women Behind Them 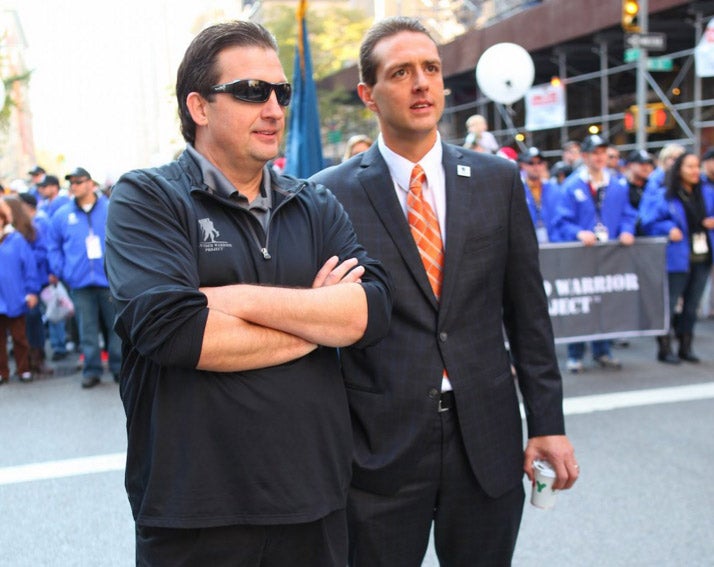 But CBS claimed the Wounded Warrior Project spends 40 to 50 percent of its money on overhead, including extravagant parties and first-class travel, rather than directly supporting veterans. By contrast, other veterans charities have overhead costs of 10 to 15 percent.

Related: This Nonprofit Acts Like a Tech Startup. Why Don't More Nonprofits Do the Same?

In its statement announcing that Nardizzi and Giordano would be fired, Wounded Warrior Project disputed CBS's figures, claiming that it spent 94 percent of its money on services, not overhead. But it did note that "some policies, procedures and controls at WWP have not kept pace with the organization's rapid growth in recent years and are in need of strengthening."

Policies, procedures and controls are the bread and butter of what operational executives do. It is basic management. When you don't manage the business, you fail. That means creating clear rules and guidelines, unabiguous policies that support your strategy. Why do we do this? Because all those controls are part of your duty as a fiduciary of the money intrusted in you, whether by shareholders or, in this case, donors, to support the organization's mission.

There have been excesses at businesses for years. Whether it was Dennis Kozlowski using Tyco International money to pay for a Roman-orgy style party for his wife or the office Citigroup executive Todd Thompson built for himself that was so lavish it was called the "Todd Mahal," many executives has shown themselves to be fast and loose with their companies' dollars.

In the case of public companies, that's an issue for shareholders to sort out through the governance procedures afforded to them as owners. (Some shareholders, after all, won't care a fig for spending, providing the executives making those decisions are also growing the value of the public stock.) For private companies with investors, those are conversations to be had in boardrooms.

Related: Volunteer to Help Those in Need -- and Become a Better Entrepreneur

But charities like the Wounded Warrior Project are different because they exist to serve a mission. Don't fool yourself: There is nothing more profitable than a non-profit, and, while some have criticized charities in the past for overspending on things like executive salaries, many well-compensated nonprofit leaders have more than earned their keep by ensuring the underlying goals of their charities are supported.

Yet, the most troubling and damning accusation against Nardizzi and Giordano was that they lost sight of the veterans they were committed to serve.

"You're using our injuries, our darkest days, our hardships, to make money, so you can have these big parties," Army Staff Sergeant Erick Millette, a former Wounded Warriors Project employee, told CBS News.

Think who Wounded Warrior Project serves. These are men and women who have chosen a path in life that puts them in harm's way. Overseas, there is no such thing as a drive in the country. Improvised explosive devices are more common than road signs. Every person they meet -- and that includes women and children -- could have a bomb strapped to their bodies. Wounded Warrior Project supports the people who have sacrificed their own health and bodies for us who very often have nothing more to care about in our own jobs than a late train or a missed promotion. They lose limbs, lose senses, lose a part of themselves. And they do it for us. For you. For me. For Nardizzi and Giordano.

They are our heroes. They don't debate issues, form policies or plan strategies. America gets criticized for a lot of things, at home and around the world, but it is inarguable that the United States has freed more people worldwide from bondage than any nation in history. And we do that through the men and women of our military, who have to be fierce fighters, diplomats, engineers, poiticians and global citizens, all at once. They export our values, building bridges -- literally and figuratively -- all on our behalf. They risk being killed or maimed to represent us and our ideals.

That is sacred, something to be cherished, honored to the point of worship. It is a privilege that Wounded Warrior Project gets to stand with these brave men and women and support them. It was a privilege to collect the donations from ordinary Americans on tight budgets and use that for good.

Argue over whether spending was lavish, whether there were too many parties or too much room service. But, from a leadership and stewardship perspective, Nardizzi and Giordano failed in their basic roles to provide the structures and controls needed to be stewards of the sincere and authentic generosity coming their way.

One hopes the next leaders better understand the mission.