How to Win Hearts--and Sales

By Michelle Juergen
April 7, 2010
Opinions expressed by Entrepreneur contributors are their own. 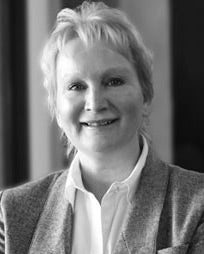 Julia Billen knew a hot deal when she saw it; the 49-year-old entrepreneur leaped at the opportunity to co-found floor-heating company WarmlyYours. And she used her passion for the personal touch to create a thriving internet business in the heating industry.

Billen's experience was in the computer field. She'd been selling computers since they first popped up in retail stores. "Back then, there were no PowerPoint or webcasting presentations; you really just sat with the person, trained them and had that one-on-one connection," she says. "Through that, I created a one-woman training show. I would pack up my 40-pound luggable, and I was for hire."

She and her business partner, Georges Selvais, met while doing contract work for the Social Security Administration. Selvais knew of an electric floor-heating company in Israel that was dissatisfied with its Chicago marketing firm. Selvais and Billen contacted the firm, DK Heating Systems, pitching their expertise at selling and marketing to a North American clientele, and the pair began working for the company in 1995.

After three years, the Israeli firm decided to part ways with Billen and Selvais. Focused on sales through distribution, DK Heating suggested that Billen and Selvais buy the internet portion of the company and sell directly to contractors and homeowners.

So in 1999, "on a wing and a prayer and bootstrapping," the two entrepreneurs founded WarmlyYours, taking on all the responsibilities of starting a business. Selvais is now retired and doing what he loves best: building businesses. Since conception, WarmlyYours has warmed more than 55,000 floors in North America. 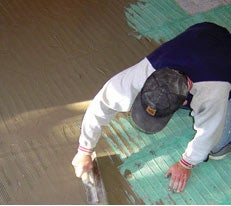 WarmlyYours offers both electric and hydronic heating. Electric radiant floors typically consist of electric cables built into the floor, or systems that feature mats of electrically conductive plastic mounted underneath a floor covering, such as tile. Hydronic, or liquid, systems pump heated water from a boiler through tubing laid in a pattern underneath the floor.

WarmlyYours also offers products for snow melting, as well as what Billen calls "comfort products"--things like towel warmers, mirror defoggers and rug heaters. It also offers 24/7 installation support, which is one of Billen's ways to keep a personal connection with customers. "We offer round-the-clock help, because it's based on the customer's needs, not on the hours we're open," she says.

Billen consistently tries to stay ahead of her competition by applying her passion for the personal touch. "We've had a lot of firsts in our industry," Billen says. "We're always pushing the envelope, trying to make ourselves better, make our products better and make our customer service better."

One of WarmlyYours' firsts was creating a floor-heating product available for sale over the internet. Another was writing its own company software. In 2007, Billen decided to stop using expensive third-party software. She used her background to help write the company's own Enterprise Resource Planning software. "It's been the best decision we've ever made," Billen says.

Billen saw writing her own software as one more way to make the company consistent in its branding--everything is now WarmlyYours from the inside out. "It was tough, because we made a considerable investment in our enterprise-wide software. So we had to let go of the emotions of investing so much money and time. But we put it aside, let it go and started from scratch."

Another first for WarmlyYours was presenting the product in a way a wide customer base could understand. When Billen started out in the heating industry, it was filled with men, she says--men who loved to talk about watts and volts and BTUs. "One of the things our company set out to do was answer the question of how the customer can connect with the product," she says. "It's certainly not about how many watts per square foot it is, and it's certainly not about how many BTUs it generates; it's more about what it's going to do for the customer. It's more about personal comfort and a certain lifestyle."

In order to connect to this ideology, WarmlyYours recently added a section to its website called "Tell Your Story." It's a platform where customers can discuss their remodeling projects and experiences. "Remodeling is a huge event in people's lives, and they take a lot of pride in it," Billen says. "Down to the colors and trims, it's emotional. It reflects who you are and what your tastes are, so I want to let people know [that] we know it's important."

4 Tips for Success
Here are some of Billen's tips for starting a successful business:

1. Have passion. "You've got to have passion, and you've got to believe. As a leader, you don't have to be the smartest person at your company, but you better believe harder and stronger than anyone else."

Don't take things personally. "I think it's contributed to my success that I can get over things quickly and move on."

Personal relationships are the most important thing to Billen. They helped push her Chicago-based company's annual sales up to $8.9 million in 2007, Warmly Yours' peak year, and are now helping them stay afloat in tough times. "In this day and age of computer technology and social networking, where everything is very digital, we still really try to have that personal connection," Billen says.

When Billen initially began in her industry, the business model was to sell product through distributors, shipping lots of product to make a fast buck. She didn't like this model, so she set up WarmlyYours differently, with direct distribution. "I wanted to build a business one person at a time," she says. Rather than sell through distributors--who Billen says often know little about the radiant heating industry and have limited ability to answer questions about the product or provide support--WarmlyYours sells directly to homeowners and contractors. This gives the company direct contact and knowledge of its customers. "We can support them through the sales process and post-sale," Billen says. "We provide a team of experts to help them with any installation questions or issues they might have. We love our direct model because we get direct feedback from our customers. We hear the good, the bad and the ugly, and that wonderful intel serves to make us better."

In 2005, Billen insisted on creating a sales team that shared her vision for personal client relationships. In the heating industry, most firms relied on "feet on the street"--trade shows and the like. Billen felt this limited the number of people a salesperson could connect with. So she created a tele-sales team dedicated to calling every mom-and-pop company WarmlyYours could get the name of. WarmlyYours uncovered many through its marketing efforts, like online pay-per-click, print ads and the WarmlyYours website. "I wanted to connect with customers efficiently and cost-effectively. I didn't care if they were in Outer Mongolia--they were still going to get a call from us," she says. And it worked; Billen has a loyal clientele and even customers who call in just to say hi.

This ideology extends to Billen's staff, to whom she feels closely connected. "People consistently say to me, 'Your people have a certain vibe,' and 'You have the most amazing people.' And it's true," Billen says. She's tried to hire people who are passionate, have strong opinions and are positive. "I try to give people direction and get out of their way--to empower them as much as possible," she says. She relates the story of one woman, Lou, who went from customer service to engineering and technical support to human resources. All Lou had to do to be transferred to a different department was ask. Billen has even rehired employees who quit. "It's sort of like your child: They grow up, they might live away from home, but then maybe they say, 'Hey, mom I need to come back,' and you say, 'Sure honey, open door.'"

"Don't think like a man." These are words of advice from Billen, who says she used to feel like she was supposed to play hardball all the time. And in an industry dominated by men, it was hard not to feel the pressure to act tough. "Some mistakes I've made were feeling like I had to be in control, assertive and aggressive all the time," she says. "I've learned I don't have to do any of that. I think if you run your business with your intuition, from your gut and using the innate powers we have as women, you're going to do great."

When the recession hit, Billen decided to keep all 60 of her employees. To do so, Billen cut other costs. She made the company's IT footprint smaller by using Google e-mail. She froze salaries in 2009 and halted the company's 4 percent 401(k) match. She also switched health-care providers to BlueCross BlueShield, saving her employees about $1,000 out-of-pocket. Billen even cut her own salary. "We figured out a way to just work smarter and absorb it or slow down, whatever it took," she says.

The company's sales took a hit in the recession, and so did Billen. At its peak in 2007, the company installed nearly 10,000 floor heaters. In 2009, that dropped to about 7,000, and annual sales fell from $8.9 million in 2007 to $6.8 million. "I knew there were 60 people counting on me to get them through this," Billen says. "If they lost their job in a normal time, it would be OK, but if they lost their job during this recession, they could be devastated." To stay positive, Billen sends out "Monday news" every week, highlighting the accomplishments of her team or passing along encouragement.

For Billen, the recession and cash flow have been her biggest challenges to date. "In order to build this business, I ruined my credit," she says. "I had to rob Peter to pay Paul, delay, stall and leverage. You really do have to fight, and I think it's why so many businesses fail. Most of us don't have big dollars behind us. Most of us start on a shoestring, and you have to be creative to get through that and manage your cash flow."

Billen regrets not initially starting her company with more structure. "As an entrepreneur, you're naïve and you're positive, and you have a great idea and you're passionate, and I think what a lot of us are lacking is that structure and discipline," she says. Now that she's been in the game for a while, Billen knows how to manage a successful company. And she does so by making relationships a priority. "Our goal is to make it easy for us to do business with our customers," she says. "We want to make it easy for you to understand our product, buy our product and get support for your product and your tradesman."

For 2010, Billen hopes to see the company's annual sales reach $6 million to $6.5 million. But she knows it's not just about sales--it's about the people, too: "I don't even think of my company in terms of being No. 1. I just us want to be the best company we can be."