Protect the Environment, Protect Your Business

If your company depends on abundant natural resources, supporting environmental causes is smart business -- but it's also so much more.

By Leigh Perkins, Jr
April 7, 2018
Opinions expressed by Entrepreneur contributors are their own.

As the head of a company that sells fly-fishing equipment, I'm often asked the question: What will be the next boom in fly-fishing? My answer has nothing to do with the latest fly, pair of boots or trendy lodge. Fly-fishing will grow only if the resources it relies upon do so, too. That means clean, fishable waters.

Too often, protecting the environment is couched either as a partisan issue or as one that pits idealistic tree-huggers against business-minded realists. Each side resorts to using radical terms, further polarizing the issue and pulling us farther from the center. I've learned humans are much more likely to reach middle ground through facts.

So here's one to take to heart: If your business benefits from natural resources, you must act to protect them. Many, many companies and people derive a living from the natural resources we inherited. None of us -- including my team at Orvis -- made the initial investment. And yet, every time someone buys a raincoat, purchases hiking boots or books a tour, one of us benefits.

Related: The Unintended Results of Doing the Right Thing

For the past decade, I've been involved in the battle to protect the Bristol Bay region of Alaska, which is under threat from the proposed Pebble Mine project. The watershed in the southwestern corner of the state is home to the largest remaining sockeye salmon fishery in the world, large mineral resources and numerous species of fish, birds and mammals. Alaska Native tribes have maintained a salmon-based culture here for at least 4,000 years.

The Canada-based mining company Northern Dynasty Minerals has been trying to put a copper mine in Bristol Bay for more than 15 years, despite widespread local and national opposition. In 2014, the Environmental Protection Agency (EPA) released the results of a three-year study of the region. The report revealed the watershed generated nearly $480 million in direct economic expenditures and sales in 2009 and provided more than 14,000 full- and part-time jobs. Over 11,500 of those jobs during peak season stem from commercial salmon fishery, valued at approximately $300 million annually. The region produces half the world's sockeye salmon, with annual runs of greater than 37.5 million fish.

The same year the EPA released its study, a subsidiary of Northern Dynasty filed documents with the Securities and Exchange Commission. In the filing, Pebble Limited Partnership estimated the total copper-mine site could be larger than Manhattan and almost as deep as the Grand Canyon. Based on the available information, the EPA in 2014 determined the mine would result in a complete and irreversible loss of fish habitats in some areas of the bay. The agency applied a provision of the Clean Water Act to protect the area from certain mining activities, including the Pebble Mine project.

But that wasn't the end of the story. President Donald Trump's administration appointed a new head of the EPA. And in May 2017, after a 30-minute meeting with Pebble Limited CEO Tom Collier, EPA Director Scott Pruitt withdrew the agency's protection of the Bristol Bay watershed. The action paved the way for Collier's company to file mining applications. Surprisingly, Pruitt reversed the EPA's position again in late January of this year. It was encouraging news for environmentalists and the region's economy, but it by no means signaled any sort of guarantee. The EPA statement said the decision "neither deters nor derails the application process," which means the fight is far from over.

The argument is that new mines bring jobs. And with a statewide unemployment rate of 6.4 percent, Alaska certainly needs jobs. According to Northern Dynasty, Pebble Mine will create more than 2,000 direct and indirect jobs for the first 20 years, in addition to thousands of jobs during the construction phase. But these are boom-and-bust jobs that can rip at the social fabric of longstanding communities. They're also only a fraction of the 14,000 time-tested sustainable jobs the Bay currently supports -- or the $1.5 billion commercial and sport-fishery industy.

Related: Why Lacoste Replaced Its Signature Alligator for Its New Polo Shirts 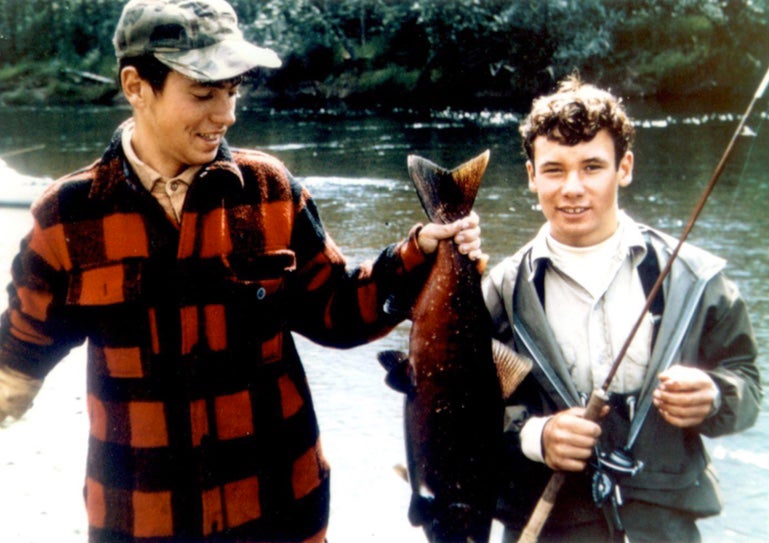 I'm lucky enough to have paddled a number of rivers in the Bristol Bay watershed, and its beauty and solitude are unparalleled. It's truly one of our country's last unspoiled wildernesses. I've also been to places in the lower 48 states that have been ruined by the downstream effects of mines that leaked or were abandoned.

The Berkeley Pit, an abandoned copper mine in Montana, is one of the few places on earth where you can pay to see toxic waste. The site made headlines last year when roughly 3,000 geese died after landing on the poisonous water. Unfortunately, the Berkeley Pit is not an anomaly.

According to the EPA, 40 percent of river headwaters in the Western U.S. are impaired by acid mine drainage. Within Colorado's borders, 230 mines are leaking heavy metals into 1,645 miles of rivers and streams. Between 2009 and 2014, Colorado state mining officials spent $12.3 million taxpayer dollars on mine-reclamation work. Taxpayers in numerous other states have been left holding the bag when mining companies leave town. The public burden in such cases is poised to grow: Pruitt's EPA recently reversed a rule requiring hard-rock mining companies to prove they have the financial means to clean up future pollution.

Our investment: More than money alone.

Anonymously throwing money at a cause isn't enough. It's time for us to make a more meaningful investment to protect the environment and safeguard the resources that so many depend on. We embrace this position at Orvis, and we're not alone. Companies such as Patagonia and Costa also have gone beyond writing checks. They're engaging in advocacy for causes including removing river-choking dams and reducing companies' use of plastic.

We all understand we literally can't grow our businesses unless we defend the natural resources on which they depend. But we need help. Any industry that relies on the outdoors -- from tourism to sporting goods or food production -- must step up and be heard. Here are three strategies we've found helpful to ensure the success of Orvis' initiatives.

Ask nonprofit partners how you can help most. The answer may surprise you.

When we partnered with the Everglades Foundation, we expected leaders would ask us to raise money. As it turned out, they needed us to reframe the argument for conserving wetlands and present a business perspective. For a long time, the debate over the fate of the Everglades had been painted as a conflict between environmentalists and the sugar industry. By showing up and speaking out, we demonstrated that business interests and conservation don't have to conflict. We recast the conversation. As a result, we made a greater impact on the campaign than we could have by simply sending a check.

Get employees on board.

It's all well and good for executives to make statements in support of causes. However, most movements build their strength at the grassroots level. Employees are your ground troops. They contribute to campaigns and get customers excited about your cause. When you do outreach, don't target only the public -- make sure you're communicating your message to your employees, too. Getting employees on board will amplify your message and may help you reduce churn. In our most recent human-resources survey, numerous associates said Orvis' role in protecting nature is one of the reasons they work here instead of somewhere else. (Side note: It's not just our company. A 2017 Provaddo survey of Fortune 1000 companies found that 57 percent of employees believe corporate America needs to play a more active role in addressing important societal issues.)

Speak up loud and clear.

We made some large, public statements about our commitment to protect the Everglades, and we were really pleased with the public's reaction. Our words resonated more with our customers than telling them how many millions of dollars we've donated. Our marketing surveys reveal that customers are highly aware of our efforts and they value our work to protect and invest in the outdoors.

Related: Breathe In, Breathe Out. Then, Improve Your Talent Retention by Thinking: Air Quality

Conservation isn't a luxury; it's smart business. It's long-term-thinking strategy and one of the best investments companies can make in their futures. If the threat from development to open wilderness areas and clean waterways is left unchecked, we'll repeat the mistakes of the past and add to the more than 1,300 active Superfund cleanup sites in the United States today. If that happens, the next boom in fly-fishing -- or any other outdoor activity -- may be a virtual-reality game.