You've been told a lie your entire life: Being brilliant will make you successful. However, success doesn't favor the brilliant — it favors those with this particular attribute many overlook.

The following excerpt is from Jennifer Cohen's book, Bigger, Better, Bolder: Live the Life You Want, Not the Life You Get. Buy it now from Amazon, | Barnes & Noble | Books-A-Million | Indiebound | Target | Walmart.

Those are bold words, considering I had the audacity to say them to a room full of some of the smartest people on the planet — a group of MIT students, faculty and administrators. It was November 2021, and I had been invited by the organizers of MIT's annual FAIL! Inspiring Resilience conference to speak about how I've overcome failure, and how they can too.

Why did MIT invite me? It turns out, some of their smartest students are "failing at failure" — with serious emotional and mental health consequences — and, as luck would have it, failing is one my greatest skills. Or I should say, building the resilience to overcome failure is one of my greatest strengths. As I told the audience that day, "I may have a master's degree in failure, but I have a PhD in getting right back up again." 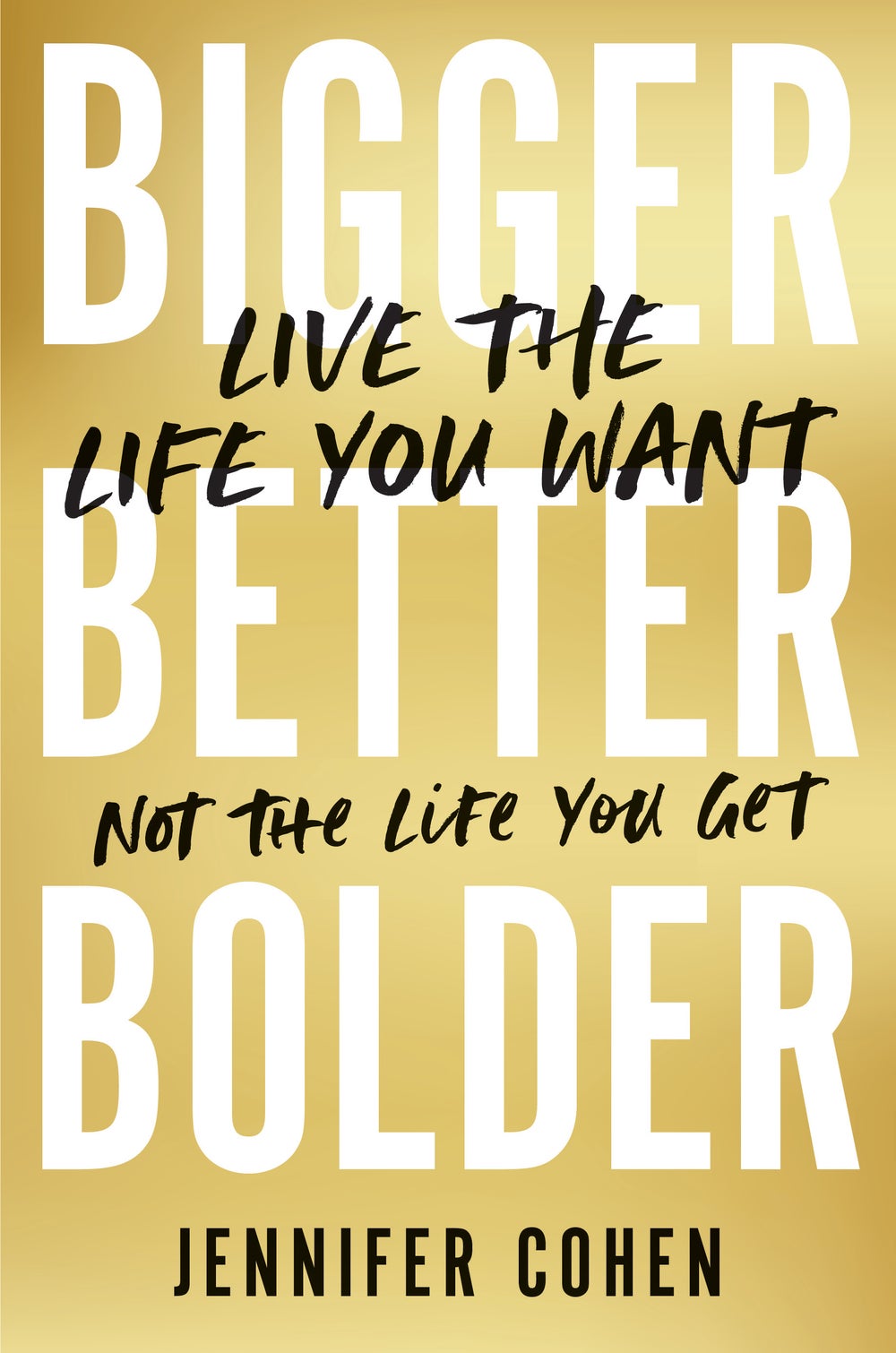 When you've always been at the top of your class, always praised for your straight As, no one is surprised to hear that you got accepted into a prestigious school. In fact, it's expected. Your parents are proud, your teachers are gratified, and your friends are so blasé because of course you got accepted into a top-tier college. You should have won a Nobel Prize for your eleventh-grade science project, for God's sake! they all think. At some point, being the smartest kid in the class becomes your identity.

There was a kid just like that in my high school (I'll call him Pete). He sailed through to graduation, probably smarter than many of our teachers. While Pete crushed it without trying, I had to work my ass off just to get a solid C in some classes. Nothing came easy to me, as I've said, so I learned how to be resourceful in other ways. I developed grit and resilience when I didn't get the grades I worked so hard for, and I learned to shake off the shame I felt for being sent off to the resource teacher for tutoring. And all along, I was honing my tenacity and drive to succeed, if only to prove to everyone, including myself, that failing did not mean I was a failure. But quitting would have made me a quitter. Pete never had to learn how to get by on being scrappy or learn how to fail without falling apart. His ability to seemingly glide through school and take success for granted likely dulled his resiliency. Where I was constantly looking for
ways to compensate for my weaknesses in order to succeed, Pete and brilliant kids like him never learned how to persevere after failing.

Straight As aren't the answer

When it comes to getting what you want in life, it's better to be bold than brilliant. That's not to say that smart people don't succeed. Or that there aren't smart people who are also very bold. But most of us aren't Pete-level intelligent. All of us, however, can learn how to be Jennifer-level bold.

When brilliant kids like Pete get accepted to a school like MIT, it means that for the first time, their classmates, roommates, and friends are all brilliant too. Some are even more brilliant. Suddenly, the Petes are not the smartest kids in the room anymore. The same Petes who used to take pride in solving a challenging puzzle or math problem that "average" classmates struggled with are now presented with problems that aren't so simple. They become the struggling Jennifers, only without the resiliency and well-honed skills to help them overcome their newly revealed weaknesses. They begin to overanalyze their professors' questions, overthink the possible solutions in a bid to avoid being wrong (because they are smart and know that many things can go wrong), and can become overwhelmed with self-doubt.

Many of the high-achieving high school students who experience the shock of academic challenge and competition when they get to college are so petrified of failing that their confidence wanes while the pressure increases. This can deeply affect their emotional and mental well-being, especially if they haven't naturally developed tools to cope. To put it another way: they don't know how to fail, and you must know how to fail if you want to succeed.

When I didn't get a good grade in college, it was a little disappointing but not a catastrophe. But when a college freshman who made straight As in high school is worried about getting their first C, D, or F, they have a longer distance to fall than an average student does, and that fall can have serious consequences, even tragic ones. Some of the schools that attract the highest academic talent also have a greater-than-average campus suicide rate. In 2015, MIT took this seriously; the administration lowered class load and increased mental-health awareness and services, including programs like the FAIL! Inspiring Resilience conference, which is how I found myself at MIT speaking to a room full of brilliant kids like Pete. My job was to help students accept that it's OK to fail. And I want you to know that too.

Jennifer is the CEO and founder of No Gym Required, a company that helps individuals and organizations create simple strategies to increase their productivity and success through health and wellness. She is also the author of both best-selling books, No Gym Required and Strong is the New Skinny and was recently named in the Top 100 most influential people in Health and Fitness.

It's not just your employees who pay the price — it's your company that takes the biggest hit.