Three years ago Scott Oldford was deeply in debt. When he shifted focus from himself to serving his audience, everything changed for the better.

Success is the prime focus of so many people. I did a simple Amazon book search to see and there are 272,519 books about success. Success is often focused inwardly. In fact, the drive for success is a need to go from where you are now to where you want to be. Look at that sentence… it is all about you.

In my opinion, we put too much emphasis on success. In my journey of life and business, I have achieved great success and still asked "is this it?" In other words, I was not fulfilled. I ended up losing it all and making my comeback.

I have been researching what is beyond success. It is not just more success. I keep hearing the need for significance in the hundreds of interviews with amazing leaders and entrepreneurs. Significance kept coming up as a need to matter in the world. Significance is external to you and it's all about you too. 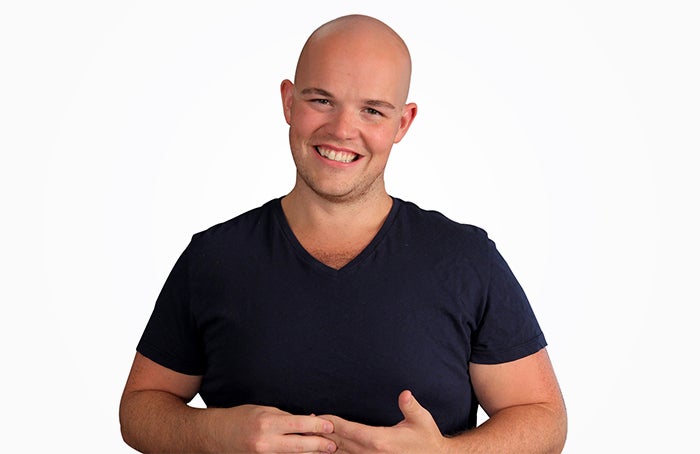 Here is the story of one visionary leader that understands what it takes to face a turning moment in life. If fact, he considered giving up on life. I sat down with Scott Oldford, founder of Infinitus, to discuss his failure and his breakthrough. Scott woke up in early 2013 with a mountain of debt, $726,000 to be exact. Looking at today, Scott has turned it around to be on target for $2.8 million in revenue this year. At 25 years old, he no longer runs a traditional interactive agency. Scott shows entrepreneurs how to develop effective online marketing funnels, using a method developed under thousands of hours of pressure testing. Now he has had more than 5,000 entrepreneurs join him in this new approach to lead a generation.

When you talk to those that have created something from nothing, you hear words like grit and determination. But the fact remains that doing something new requires you to weather the storm. And the storm provides the path forward.

Failure is part of the journey.

As a teenager, Scott was already running his business racking up accolades like the American Express Innovator Award. But after years of moderate success, Scott had not figured out how to make money. In Scott's third attempt to entrepreneurship, he realized it was not working out as planned. He thought about giving up.

He continued to do what he had always done in business. He relied on referrals, networking and proposals. Scott's marketing firm was rolling along on luck. All three of those strategies are not in his control. I say this because when Scott and I talked about the moment he realized it was not working, he was embarrassed. He could finally see how his mindset shaped his current business and caused his massive debt.

Scott's shift came to him in the frustration of paying for a tank of gas using his final remaining reward points on his credit card. For years, Scott focused on traditional success. Let me be clear. Scott focused on his success. He saw everything from his point of view, and he realized that he had to change his thinking to break the pattern. It happened in a moment. He saw that he needed to turn his focus to the success of the people he was serving instead of just his own. In Scott's exact words, "I was trying to serve myself instead of serving my audience."

One major principle that he realized was right in front of him. It was to stop depending on luck. Scott concluded that his biggest problem had been failing to bring in a consistent stream of qualified leads for his business. He relied on others to recommend him, which didn't happen at the pace he needed to stabilized the losses with his company.

The only way to get out of this mess was to find something that worked and leverage the hell out of it. So that's what he did. With years of experience in online marketing and a new perspective, he saw that traditional marketing is flat-out broken.

It seemed that even though people talk about personalization and segmentation in marketing, the reality was that marketers treated each person (a new lead) the same no matter who they are. In other words, a complete disregard for the buyer's journey.

The secret was in the mindset of the prospect. This is the core beliefs of the people that consumed the content he created. The innovation was that he saw that there were three distinct mindsets of those that engaged with content before they decide to do business with him.

Related: How My Success Story Is a Tale of Two Cities

The mindset of the person matters. For example, if you try to pitch or sell someone before they are ready, you will push them away. And this is the common path for marketers that have not yet adopted what Scott calls the SSF Method. The SSF Method is short for the "Sidewalk, Slow Lane, Fast Lane Method."

Scott and I discussed the benefits of letting go of the outdated strategy to push everyone through a single marketing experience. Scott's failures caused him to think about how he searches content online and made buying decisions. This innovation to marketing may seem similar to what you are currently doing. To dig deeper into how to engage with people as they want to interact with your company check out the full interview with Scott where we look at the SSF Method's new approach to lead generation.

He began to surround himself with mentors, coaches and others that thought more about significance than success. It worked. Scott discovered that his struggle was the key to a monumental change in all of marketing. This is how Scott turned around the struggling company and developed an innovation to marketing.

Gene Hammett is an author, speaker and experienced entrepreneur who is the founder of multiple multi-million dollar businesses. Now as a strategic business mentor, Hammett works with other entrepreneurs to help them master themselves and their business so they can do work that matters. Join him as he interviews industry leaders on his podcast as they share their path to success at LeadersintheTrenches.com.