'Why Him?' Director on Elon Musk's Amazing 'I Can't Come to Work Today' Excuse

The director of the new comedy talks about the unique situations that arise when one of your actors is a genius billionaire.

In the new movie Why Him?, James Franco plays Laird Mayhew, an Internet gazillionaire who tries to win over his girlfriend's parents by doing and saying things that no reasonable human being would ever do or say. (We'll avoid spoilers here, but just know that this movie has a well-earned R rating.)

This comedy is a unique spin on the classic boy-meets-girl, boy-meets-girl's parents-and-all-hell-breaks-loose structure, but it really grabbed our attention for its portrayal of that new breed of young entrepreneur who has crazy money in their pockets and crazier ideas in their heads.

Entrepreneur spoke by phone with the film's director John Hamburg (who wrote Meet the Parents, Zoolander and I Love You, Man, to name a few modern comedy classics) and discussed technology, working with Elon Musk and, of course, the haunting beauty of humping animals.

The main character Laird is "eccentric" to put it mildly. Was he based on anyone in particular?

No, he wasn't based on one specific person. It was more reading stories and watching YouTube clips of a lot of people who have achieved massive success in the digital realm at a very young age. You hear these stories like Sean Parker's wedding where I think they turned the place into a medieval forest or something. When you have more money than you could ever spend in many lifetimes, you do some crazy stuff. But we weren't passing judgment on people who are young and super successful for inventing things. It was more like, these people exist and they're running the world -- let's explore that! 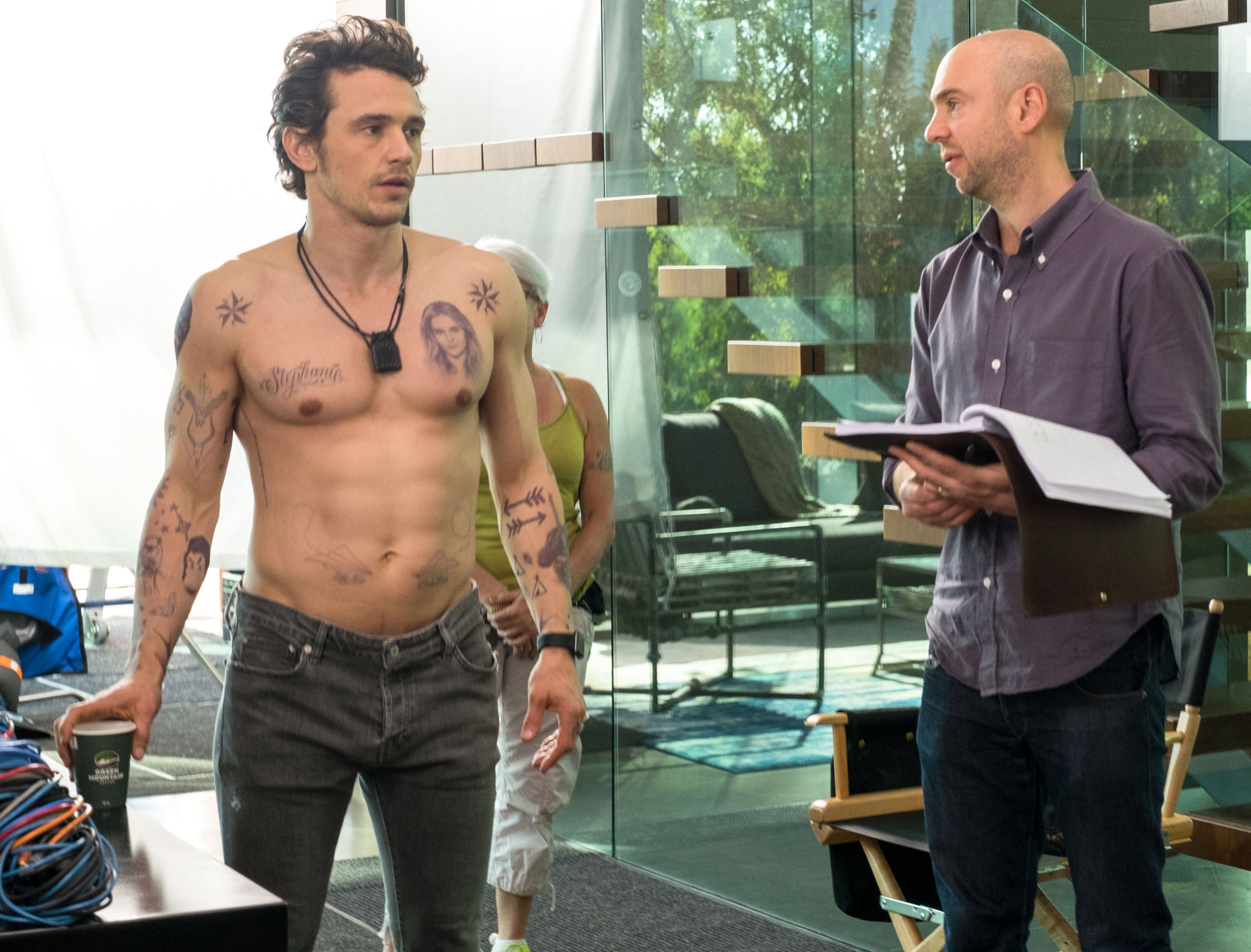 Real-life tech billionaire Elon Musk makes a cameo. Did he teleport to the set or was there anything particularly Musk-ian about his day?

He was scheduled to shoot on one day, and he had to cancel because apparently one of his rockets didn't launch properly. So when he did come to set, I said, "Elon, this is definitely the first time in the history of my career that I've had an actor cancel because of a failed rocket launch!" I must admit I was a little nervous for Elon's day. I'm a big fan, I think he is one of the great geniuses of our time, one of the great innovators. But he was so nice, really low-key. His main thing was that he was happy to do a cameo, but he didn't want to come off like he was this big shot. He did roll in a Tesla, which of course I'd expect. If I saw him rolling up in a Kia, I would have been a little shocked. 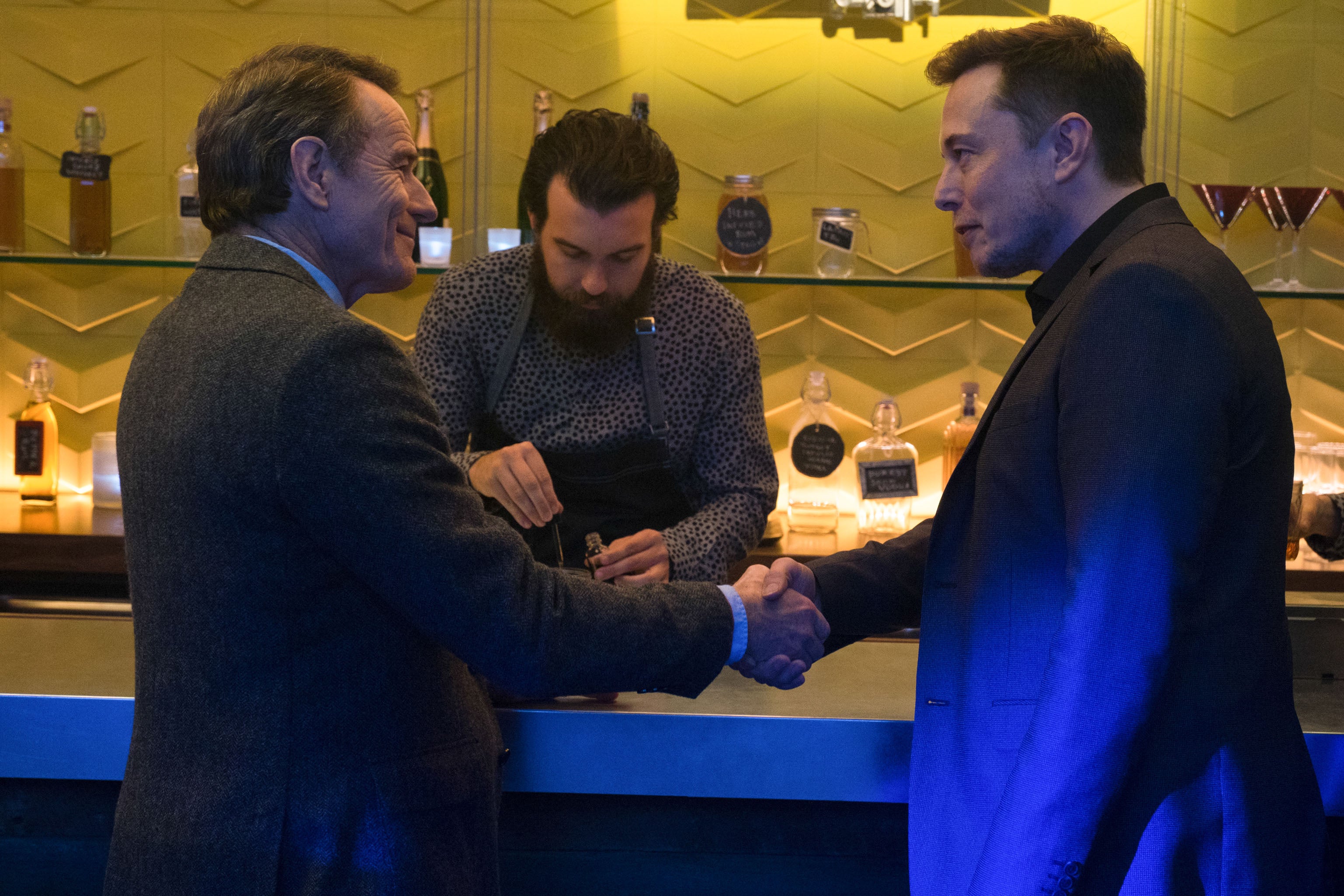 Among the things in Laird's high-tech home is a smart-ass version of an Amazon Echo that is voiced by Kaley Cuoco. Do you have lots of gadgets in your house?

I'm not really tech guy. I don't think I'd be able to work one of those things. I would have a hard time ordering a new toothbrush or whatever with that thing. I was scared to buy a Roomba to replace my vacuum cleaner. But if I could have an Echo voiced by Kaley Cuoco? Sure, I might invest in the technology.

When you were filming this, where were we in terms of the presidential election?

Really last spring, so things weren't really as heated up as they became.

So there was no danger of Bryan Cranston leaving in the middle of filming to move to Canada when Trump won?

No, that was not on my mind during filming. Nor Bryan's. Well, maybe a nice family vacation to Banff, but certainly not emigrating.

As the director of this movie and others, are there any leadership lessons you'd take from Laird?

I think he has one quality that is really quite admirable: he speaks the truth. I think that is commendable. When you are managing a lot of people, being honest and direct and clear is really important. Now, on the other hand, I do think you need to occasionally filter yourself. Laird has no filter. By nature, I don't love confrontation. So there is no danger of me just going no filter.

So if a take in a scene isn't good, you wouldn't just say, "Guys, that sucked balls."

I might shout that out at the end of a take, actually. I'm making comedies, so my goal is to disarm and keep everything loose. I wouldn't say that if I didn't think someone could handle it. Like I know Bryan Cranston could handle it because he'd come back with a comment that will just cut my legs off. There were times where we'd be laughing and I'd say, "I know you never talked to the directors of Breaking Bad like that." And he'd just say, "Well, they never deserved it." He is awesome, he's hilarious. 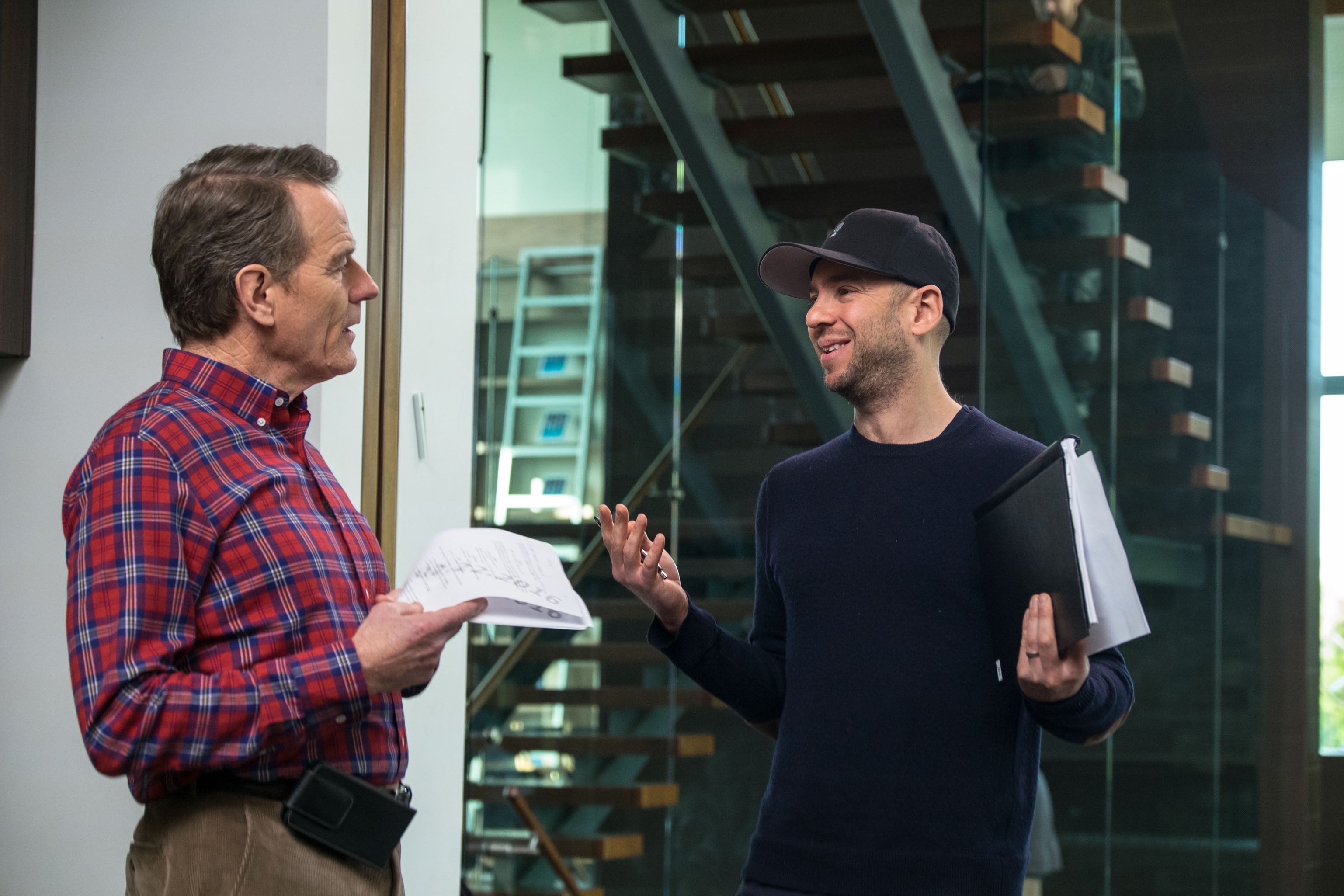 What would you say are the best movies about the world of work?

The top is, of course, Office Space. Mike Judge brilliantly captured what it is like to suffer through a mindless corporate existence. I also love Broadcast News, a great movie about people who are just so passionate about what they do and the energy in that kind of working world. These people care, almost to a fault. That movie had a real impact on me.

Related: 18 Movies Every Entrepreneur Should Watch

Do you have any routines or habits that keep you focused when you're working?

When I am writing, I aim to have a really normal schedule. Drop the kid at school and go to an office and begin the day as if it is a normal nine-to-five job. Directing is totally different. The hours are crazy, you're talking to so many different people all day, it takes physical stamina. But whether I am writing or directing, I aim to meditate at the start of the day. I'll do it in the afternoon if I can't fit it in. Just those 15 or 20 minutes of calm and quiet are super important for me.

When it comes to running the show, do you delegate, do you obsess over details -- what's your management style?

You have to build up a team of collaborators who understand the director's vision. That's the key. It's my job to communicate my vision and then let these wonderful camera people, costume designers and production designers do their thing. I'd also say that you have to be open-minded and decisive. Those may seem antithetical but they work well hand in hand. You need to be open to hearing ideas for how something might be better, and then you need to make a decision. A lot of movies get into trouble when people are wishy-washy about what they want. I try to allow a lot to happen with improv, but I also need to know when it is time to move on to the next scene.

Related: The Heavy Metal Tribute to Elon Musk You've Been Waiting For

There has been a lot of discussion about the very interesting artwork adorning the walls of Laird's house. How did that come about?

I wanted Franco to feel comfortable in Laird's house. We started looking around and the artwork was OK, but it wasn't great. And we got to talking, and he told me about art work that he had done. I saw his painting "Fat Squirrel" and immediately wanted it to go in there. And then I got greedy and wanted more. So he showed me his "Humping Animals" series and I knew I'd have one over the guest bed Bryan Cranston sleeps in. So these weren't commissioned for the movie, I guess you can say they're part of the James Franco permanent collection. And Franco was kind enough to give me "Fat Squirrel" as a wrap gift, and it hangs in my office. Now selfishly, I'm hoping that since it was featured in the movie, prices will soar!

Watch the extremely NSFW trailer below!