Will.i.am: How the Hit Maker is Hitting Hard in Business

Rapper and producer will.i.am steered Black Eyed Peas to pop success by blurring the lines between bands and brands. Now he's applying the lessons he learned in the music business in an attempt to shake up the Silicon Valley status quo.

Stationed behind the mixing console at the heart of one of the four recording studios inside his central Hollywood offices, he twists and turns in his Aeron chair, insistently tapping his foot to a rhythm only he can hear. The music is filling his head, but it must remain there, at least for a little while longer. Right now, there's other business at hand.

Welcome to the world of i.am+, the technology startup at the intersection of will.i.am's entertainment empire and entrepreneurial ambitions. The rapper, producer and DJ has straddled music and commerce throughout his career: Years before i.am+ launched in late 2012 with its foto.sosho camera accessory line for the iPhone, his multiplatinum hip-hop group Black Eyed Peas inked sponsorships with everyone from Apple to Coors to Best Buy to Honda. Along the way, will.i.am landed deals with firms like Intel—which in 2011 named him director of creative innovation -- and Coca-Cola, his partner in Ekocycle, a brand devoted to sustainable goods. He's also a founding shareholder in Beats Electronics, creators of the wildly popular Beats by Dre headphones brand. 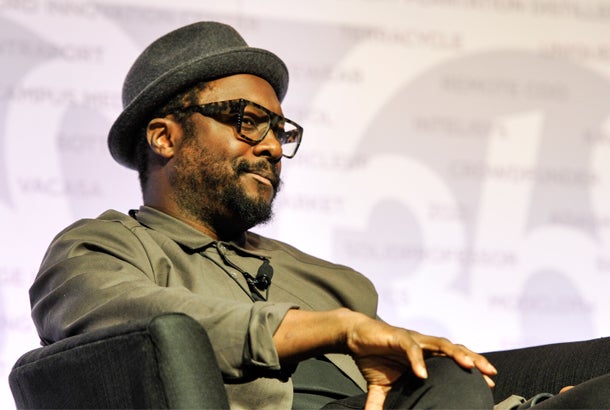 The difference this time is that will.i.am isn't collaborating with Apple; he's competing directly against it. The i.am+ smartband aims to challenge the Apple Watch and other wrist-worn smart devices, offering consumers voice-activated access to music, maps, messaging and other digital media services.

"Apple is an amazing company," he says. "We did commercials with 'em. Does that mean I'm not supposed to dream up a device that's similar to something that they're doing? I think what we're going to build is different from what they're going to build. And because you're putting it on your body, I think you're supposed to serve up options to the public. Imagine if freakin' Gucci was like, "We're not going to make shoes because Louis Vuitton makes shoes.' Karl Lagerfeld will tell you, "Not only do I design for Fendi, I also design for Coco Chanel, and I also have my own line.' The same motherfucker's making clothes that compete with his other clothes! That shows you what the world is really like."

Born William Adams Jr. in 1975 in East Los Angeles, will.i.am grew up poor. In the absence of money to purchase Air Jordans and other trendy brands, he and his friends acquired "old-man suits" at thrift stores, forging their own distinctive style and sensibility. "You can follow the trend, or you can set the trend," he says. "You set the trend by having a barometer of what young folks are doing, and the conditions of life they're living. We would take stuff that was scraps and turn them into luxury. It wasn't rags to riches. We turned our rags into things that rich people wanted. It's like, "Oh, this is what I got? That motherfucker's gonna want this because of how I rock it and how confident I am with it.'"

Will.i.am's music career began in summer 1987, when the eighth grader teamed with friends to form the rap group Atban Klann. Originally signed to N.W.A alum Eazy-E's independent label Ruthless Records, Atban Klann evolved into Black Eyed Peas, which in 1998 issued its debut album, Behind the Front, for Jimmy Iovine's Interscope Records. Will.i.am thanks Iovine for honing his entrepreneurial philosophies, in part by awarding him a vanity label, the Interscope-distributed will.i.am Music Group.

Iovine is co-founder of Beats Electronics with rap legend Dr. Dre, and first approached will.i.am about investing in the company. (Will.i.am has never disclosed the financial terms of his Beats stake. In 2011, Taiwanese smartphone manufacturer HTC purchased a majority stake in the firm for a reported $300 million, and a year later Beats paid $150 million to buy back 25 percent. HTC sold back its remaining stake in 2013 for $265 million, and Apple purchased Beats last year for $3 billion.) 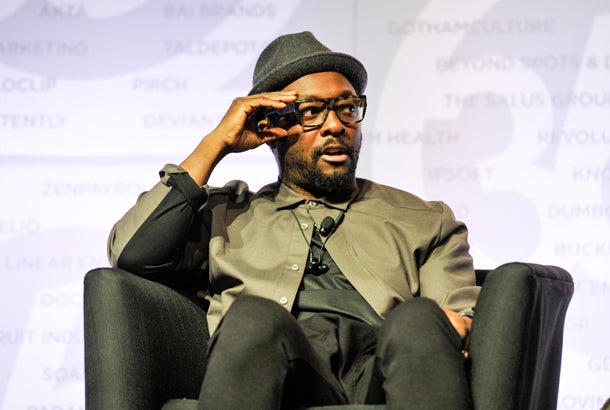 "I didn't know what a brand was. "You mean you guys got a brand bible? What the hell?! You mean everything's thought out? Aw, hell no! Don't tell me that!'" he recalls animatedly. "From there, Black Eyed Peas changed. I was like, "Dude, here's the verbs for this album. Here's our color scheme, and here's the imagery that's associated with all this stuff.' I treated it like a company. You don't accidentally become relevant in damn near every country on the planet."

Black Eyed Peas have sold 31 million albums and 58 million singles worldwide on the strength of bombastic earworms like "Where Is the Love?," "My Humps," "Boom Boom Pow" and "I Gotta Feeling," and in 2011 the group headlined the halftime extravaganza at Super Bowl XLV. Corporate backing helped pay for increasingly grandiose music videos and tours: In 2003 Black Eyed Peas appeared in Apple's first TV commercial spotlighting its fledgling iTunes digital music store, and in 2010 Apple rival BlackBerry sponsored the act's live performances. BlackBerry also teamed with will.i.am on Dipdive, the online social media platform he employed to launch "Yes We Can," the musical anthem he created to promote Barack Obama's first presidential campaign in 2008.

Dipdive quietly shut down in 2013. "A stumble is a stumble. It's education on the run and the marathon, so you don't stumble again," will.i.am says. "If you keep on stumbling on the same type of mistake, then you have no business. But learning from that experience is what gave me the perspective to add to my work with Beats, which was a great success. Working there is what gave me the stance to work at Intel, and working at Intel gave me the knowledge and the courage to start my own company when we sold Beats to HTC."

It's too soon to predict whether i.am+ will stumble or soar. The $325 foto.sosho iPhone snap-on lens was a flop, and tech media outlets voiced near-unanimous disapproval of a beta version of the smartband released in late 2014 to consumers who prepaid for the device. Chandra Rathakrishnan, i.am+ co-founder and CTO, says feedback collected during the beta trial was incorporated into the forthcoming official release, noting that this retail version will boast an overhauled user interface as well as other customer-recommended improvements.

At press time, i.am+ was still determining pricing for the smartband, which is built on Aneeda, a proprietary modification of Google's open-source Android operating system. I.am+ says the product—shaped more like a bangle than a watch to simplify taking it on or off, fostering different types of engagement scenarios—stands apart from the Apple Watch and its competitors because it is not tethered to a smartphone.

"It's a phone in itself. The key difference is it's built to reflect a different set of use cases from that of a phone," Rathakrishnan stresses. I.am+ is also developing a streaming music service and voice-enabled search tool; in addition, the company is making its software development kit avail-able to selected partners interested in coding their own applications.

Rathakrishnan is quick to shoot down assumptions that will.i.am is little more than a celebrity figurehead. "Will and I have worked like any two founders would work in a startup. He's as involved as top founders at a Twitter or Facebook would be, for example. He understands exactly what he's talking about, and he's very involved from a strategy, product development and biz-dev perspective, to the extent where his involvement in music has lessened because of the time he spends on this." 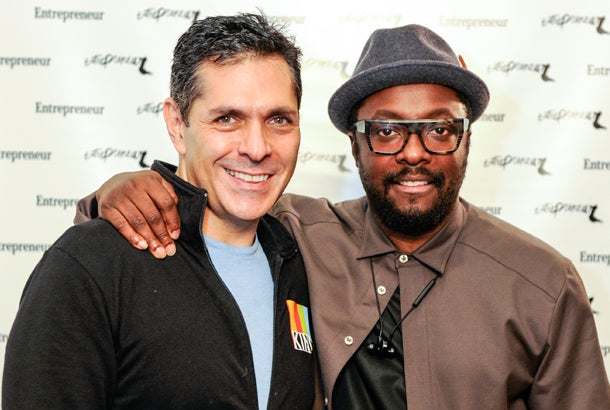 Will.i.am, meanwhile, doesn't give a damn what cynics think. "Every time a new piece of technology comes out, the thing that brings it out into the world is music. Entertainment is a way to deploy amazing technology to everyone. But when you think of entertainers in business, it's like "That doesn't make sense,'" he says. "Hold on. Wait, wait, wait. Last time I checked, they always need us to sell their shit. So why is it alien for a musician to bring their own business to market? Every time I checked, you use us, and our world, to deploy new inventions or innovations to mass culture."

Regardless of how the Puls is received, will.i.am insists that he and i.am+ are in it for the long haul. And many years and many millions of dollars removed from scouring thrift stores to set trends, he still draws inspiration from the unlikeliest sources.

4 Ways to Use Customer Feedback for Business Innovation

Actor Says Kiss in Netflix's 'You People' Was CGI Generated. What Does It Mean for the Future of Rom-Coms?

On his "Brilliant Idiots" podcast, "You People" actor Andrew Schulz said the kiss by Jonah Hill and Lauren London was completely fake.