Sometimes you need a good kick in the pants to get you out of your rut and moving forward.

Whether you're stalled out with a project you're working on, feeling stagnate in your personal life or simply finding you're procrastinating instead of tackling that to-do list, inspiration can be a powerful motivator to get you going.

Often knowing you're not alone and being reminded that others have been in your same shoes at some point, and pushed ahead, can be the comforting wisdom you need to move.

Don't stay stuck! Here are five quotes that will get you off your fence and into action. 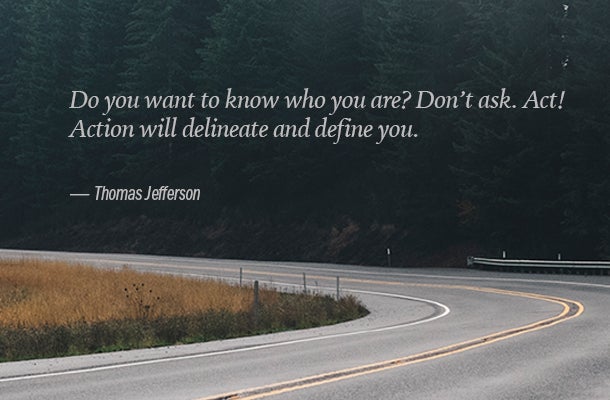 1. Do you want to know who you are? Don't ask. Act! Action will delineate and define you. -- Thomas Jefferson

Thomas Jefferson was one of America's founding fathers, the principal author of the Declaration of Independence, and the third president of the U.S. He died at 83 years old, which is impressive now, and much more so in 1826.

Related: 5 Things About Overcoming Adversity That Athletes Can Teach Entrepreneurs

If ever someone was qualified to give you advice about accomplishing great, even impossible feats in your life, it may well be Jefferson. He was born a British subject and died the third president of a country he helped found. Jefferson knew that the actions you take help shape your character and your life. So will the actions you don't take.

Which will it be for you? 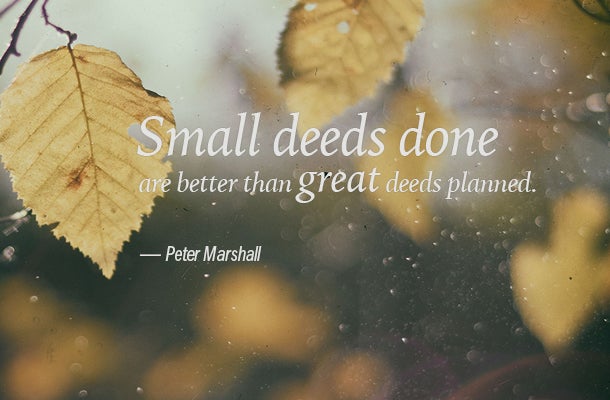 We have all been guilty at some point or another of analysis paralysis. Taking action can seem particularly hard when you're facing a big decision. While some amount of planning, preparation and deliberation is important, the reality is that taking action, even small ones, will have a compounding effect to carry you forward toward and through the big decisions.

Sometimes the reality is that done is better than perfect. 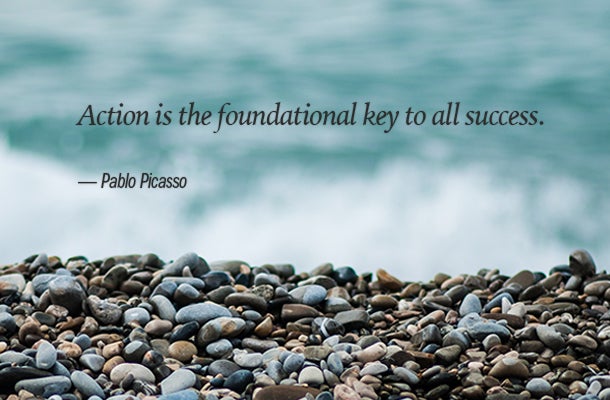 3. Action is the foundational key to all success. -- Pablo Picasso

Imagine who Picasso would be, or rather wouldn't be, had he not put paint to canvas. He was a pioneer in art, co-founding the cubist movement, and while his paintings and works were met with both praise and scorn for their total departure from traditional art, he had his own unique artist. Before any of his masterpieces were made, there had to be action behind the man.

Without action, there simply is no success. 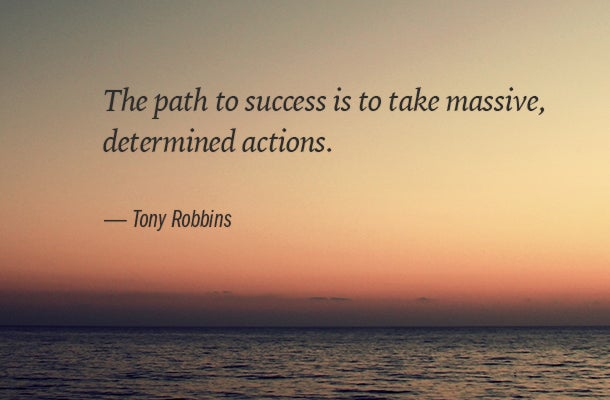 4. The path to success is to take massive, determined actions. -- Tony Robbins

Perhaps the greatest success and motivation coach in history, Robbins sure has built a life of action that took him out of poverty and into success. You have to be focused and take the right kinds of action necessary to move forward. If you feel uncomfortable or stretched -- good! That's the point.

You want to grow into something even more, which means doing and trying more than you were doing or trying yesterday. Be incrementally or massively better in your daily actions. Both will get you further than a standstill. 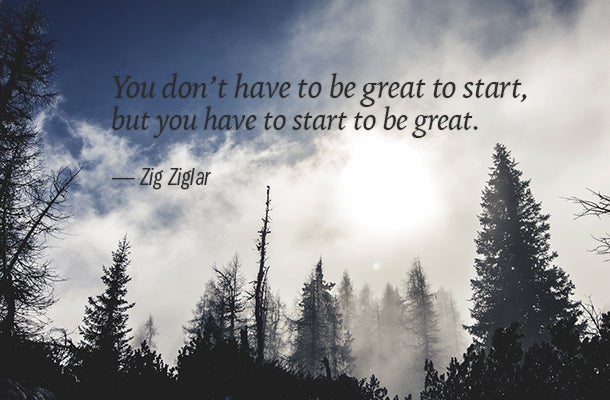 5. You don't have to be great to start, but you have to start to be great. -- Zig Ziglar

Aside from having maybe one of the best names ever, Ziglar is known for his motivating speeches. He sums it up perfectly with this quote. Sometimes you can feel afraid to start something new because you're not as good as the others already doing it. Of course you aren't, and that's OK, but if you don't start playing the game and taking action now, you'll never get to their level of greatness.

You have to take action and you have to start now. Be OK with the level you're at now and trust that as you take action, you'll naturally develop and grow into the greatness that awaits you.

Related: 10 Inspirational Quotes That Will Help You Excel On and Off the Golf Course