James Patterson Has Sold More Than 425 Million Books. Here's the Lesson From His Grandmother That Keeps Him Productive.

In his new memoir, the best-selling author shares the funny, thrilling and heartbreaking moments that continue to inspire his singular career.

If you have read a single book in your life, there is a good possibility that James Patterson wrote it. To date, the prolific and immensely popular author has written 318 books that have collectively sold 425 million copies. Some of his best-known thrillers like Kiss the Girls and the Alex Cross series have been turned into films and TV series, and his writing spans genres including historical non-fiction, kids' books, and now, memoir.

James Patterson by James Patterson: The Stories of My Life is out now and filled with stories that the author promises will thrill you as much as any of his novels do.

"My life started out pretty dramatically," he explained on an upcoming episode of the Get a Real Job podcast. "I almost died on the day I was born."

The memoir employs Patterson's signature style of writing, with fast-moving chapters that will entertain, make you laugh and then make you cry with the turn of a page.

"I promise it is not boring," Patterson tells Entrepreneur.

Over the course of our conversation, Patterson discussed everything from his work habits, to collaborating with former U.S. presidents, to the fateful traffic jam that made him decide to ditch his day job to pursue writing full-time. (Safe to say that was a good decision.) What follows are excerpts from that conversation, which have been edited for length and clarity.

Related: Bestselling Author James Patterson Shares His Advice for Entrepreneurs: 'Build a Business You Never Want to Retire From'

I definitely come from humble beginnings — my father grew up in the poor house in Newburgh, New York. His mother cleaned the bathrooms and the kitchen, and they got a room. And so to go from this kind of poor house experience to best-selling author in the world, that's a big jump. That's a million-to-one shot. And, you know, I did a novel with Dolly Parton, and she and I become really good friends. She came from a family of twelve in the hills of Tennessee. And we talk about that transformation, the kind of success you don't expect. It's a testament to a little bit of luck and a lot of hard work. My grandmother — she was brilliant and was the one who spurred me on — used to say 'Hungry dogs run faster.' So I've always been a hungry dog. 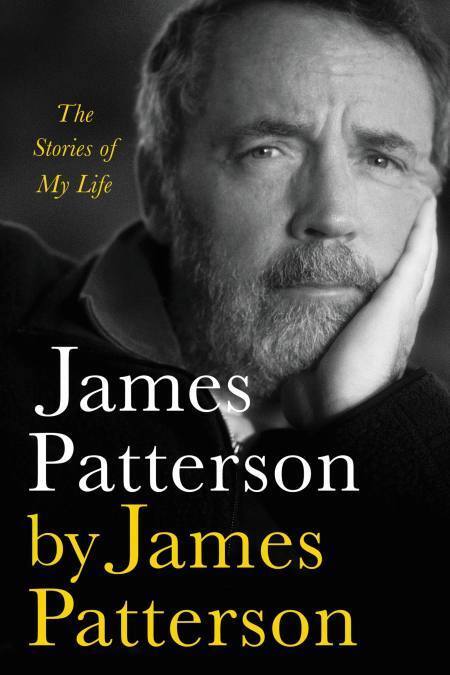 Diplomacy when collaborating with former presidents

Well, the first thing is I want to be clear that I've written books with Bill Clinton, and I'm also good friends with the Bush family. I go left and right and actually don't like it when entertainers discuss politics. But when I am working with Clinton on our novels, diplomacy is not on our list when it comes to ideas. It's the same with Dolly Parton, and there was never a bump in the road with either of them.

Getting paid to do what you love

When I was young, I worked in a psychiatric hospital. And was fascinating because I grew up in this small town and the psych hospital had a fair number of famous people there. They were doctors from Harvard and musician James Taylor was actually a patient there. This is before he was famous and he used to play in the coffee shop. I began to meet people who were very different from what I was used to, so it really broadened my view of the world. And I also started reading like a maniac during quiet nights. And then I just started scribbling stories. Somebody said, 'You're lucky if you find something in life that you love to do, and then it's a miracle if somebody will pay you to do it.' And that was my gig. I love to write and love to read, and at the age of 25, after my first novel was turned down by 31 publishers, someone said yes. So I was lucky to be getting paid for something I loved to do.

Related: How to Write a Book Like James Patterson

The traffic jam that changed everything

I thought it was presumptuous for me to think that I could be a writer so I worked in advertising. But as I said, I've been clean for over 30 years now. I became CEO of J. Walter Thompson North American, which was a big gig, and I just kept writing on the side. One day — this was a weird thing — I had a house on the Jersey shore and I had to go back into New York on a Sunday for work. And I was cursing because it was a beautiful day and traffic was going like 10 miles an hour on the Jersey Turnpike. And I noticed on the other side of the Turnpike that these cars were going by about one every 15 seconds. And it struck me that I was on the wrong side of the road. I was going in the wrong direction and I needed to get on the other side. And that's when I made my decision. I had just lost someone, a woman who had brain cancer, and decided to try to find somebody to love again and that I was just going to write books.

Related: 5 Things This Self-Published Author Did to Sell Over 20,000 Books With Almost No Money

On his Hollywood dealings

I'll never write a novel about Hollywood, but if I did, I have the first line: "Hello," I lied.

His advice for aspiring novelists

I can't give you any advice on how to write. All I can tell you is what I do. So the best advice I can give you is to go home right now and write. And if you feel like you hit a dead end? Don't stop. Go to the next chapter. Just leave it TBD. Don't torture yourself because once you get into that sort of panic and your butt sort of starts tightening up, it's useless. Just go to the next chapter. You have a basic idea of what needs to happen. You'll get it on the rewrite.