A new report shows that most of the world's billionaires made the majority of their wealth themselves.

That's according to the second annual Billionaire Census, released today by Wealth-X, a Singapore-based firm that compiles research on the ultra wealthy, and financial services giant UBS.

"One of the common characteristics of the world's billionaires is their entrepreneurialism. In most instances, achieving billionaire status requires more than just inheritance; 81 percent of billionaires made the majority of their fortunes themselves," the report says.

Taken together, the world's billionaires are worth $7.3 trillion -- which is more than the market capitalization of all the companies that make up the Dow Jones Industrial Average on the New York Stock Exchange.

While the majority of those billionaires are entrepreneurial in nature, there is less consistency in the industry they have made their fortunes in. "Opportunities for significant wealth gains can be found across most, if not all, industries," the report says. While opportunity lies in every corner, the majority of billionaires have found their wealth in finance, banking and investment, the report noted.

Also, there's a video, generated by Wealth-X and UBS, embedded below, that summarizes a lot of the demographic and geographical facts.

Billionaires are the new millionaires, so dream big. But don't spend too much time dreaming. Get your entrepreneur hustle on. 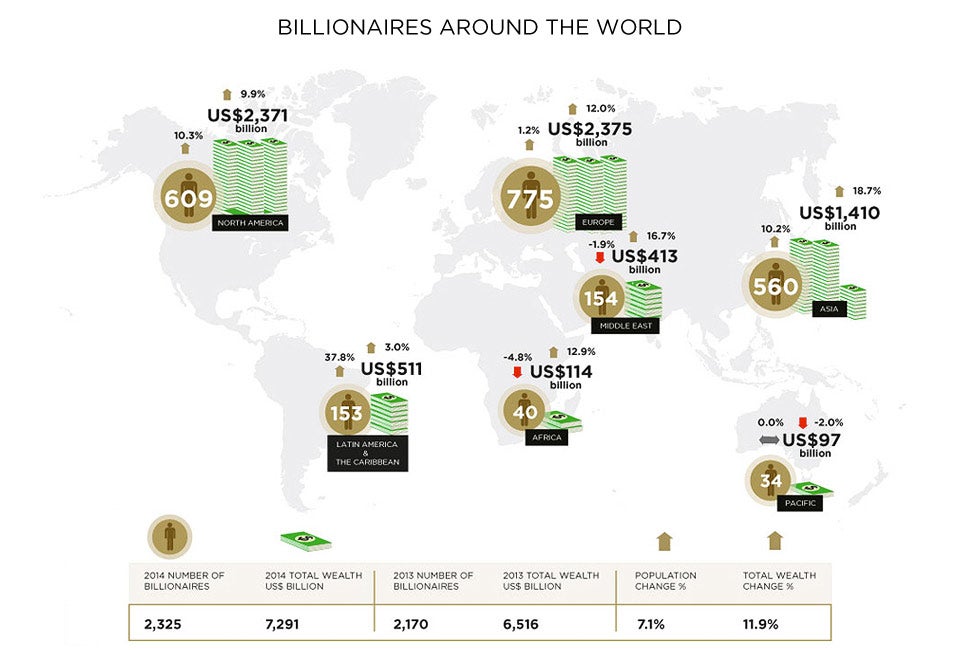 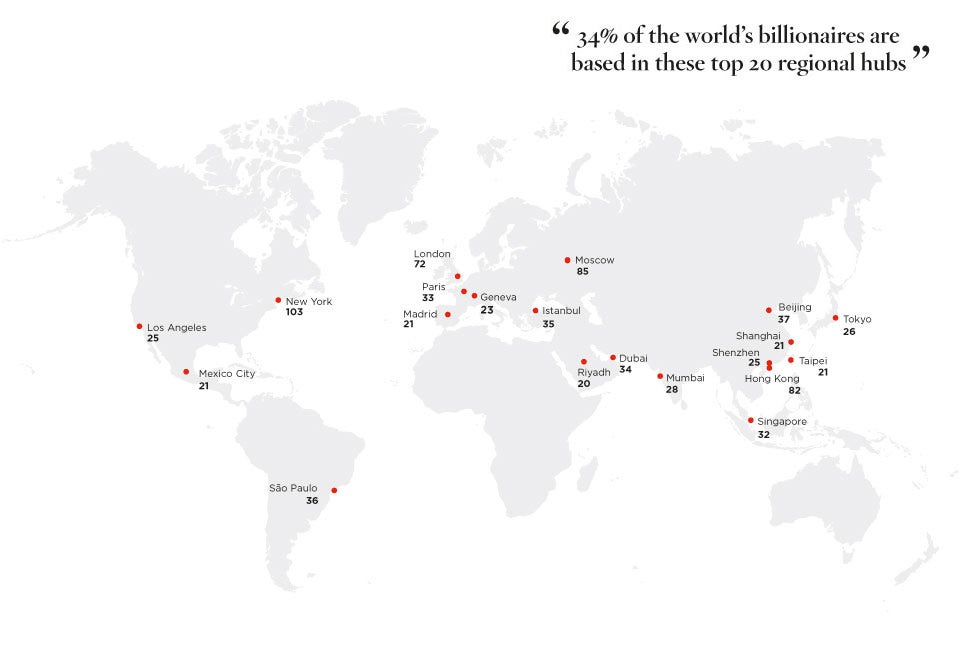 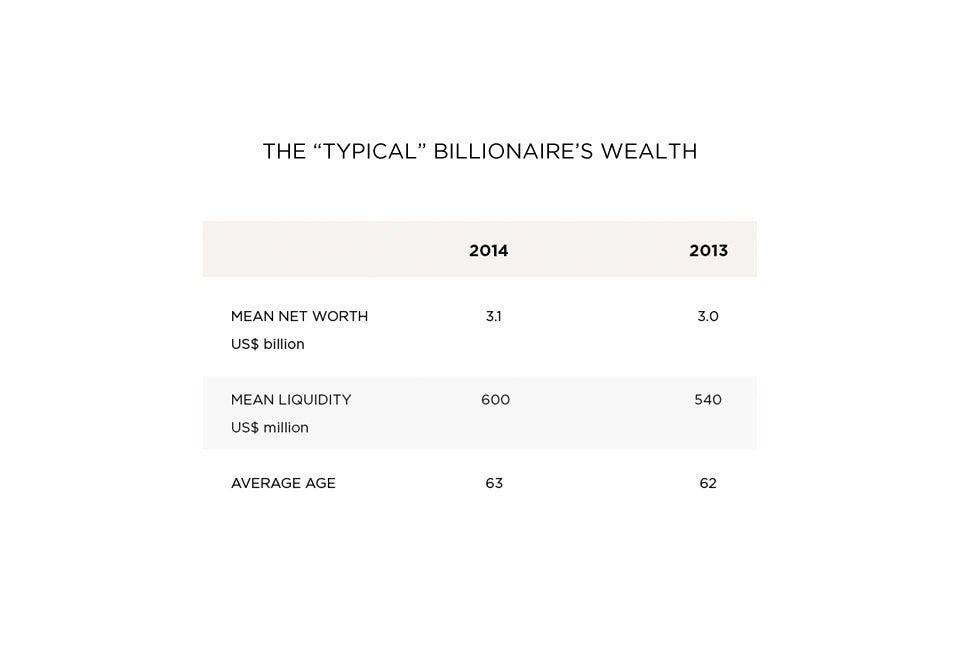 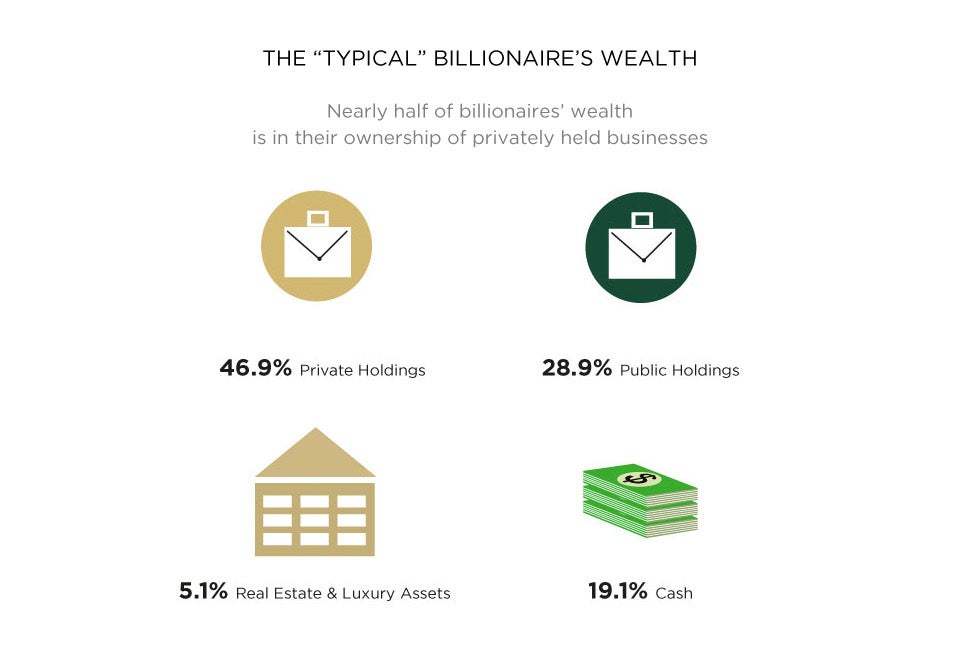 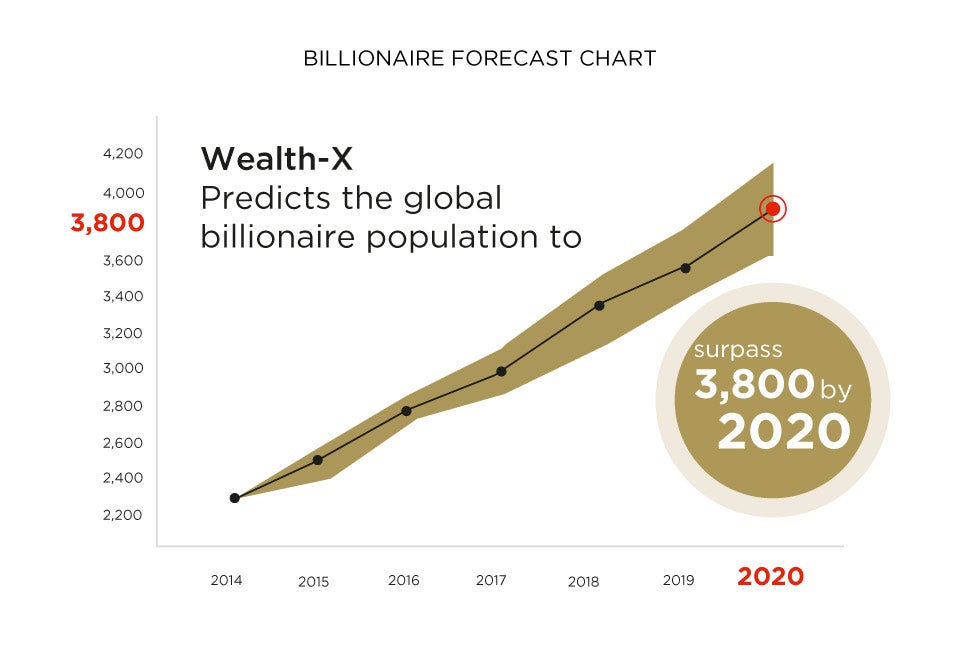