How To Stop Financial Reform From Hurting Small Businesses

By Carol Tice
May 10, 2010
Opinions expressed by Entrepreneur contributors are their own. 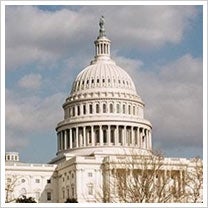 In its efforts to prevent another financial meltdown like the one we've so greatly enjoyed the past two years, Congress is working toward passing the Restoring American Financial Stability Act. Just one problem: The way the law is currently written, it would bring increased regulation not just of big banks, but of small businesses, too.

The International Franchise Association has taken note of the problem, writing that the law as currently proposed would include any business owner that extends credit to customers, or lets customers pay on extended credit or installment plans for goods or services they purchase. This means the businesses including franchisees -- already regulated both by the Federal Trade Commission as they've been for oh, about a century now -- would add oversight by the proposed new Consumer Financial Protection Bureau.

Fortunately, this mess has not yet become law, and there's an amendment afloat that would clear this up and make sure the Act only applies to banks and other financial institutions. If you'd like to avoid an additional layer of red tape, you might want to urge your Senator to support Amendment 3826. The amendment would, as Sen. Lamar Alexander (R-Tenn) puts it, "Take main street lending out of the financial regulation bill."
Financial reform has been lurking around since last year, and passed the House in December. Hopefully the problem can be ironed out in the Senate version.