Is Your Business Ready for an Incubator? 5 Tips from a 'TechStars' Grad

By Carol Tice
September 21, 2012
Opinions expressed by Entrepreneur contributors are their own. 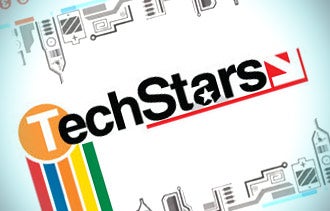 It's the dream of many entrepreneurs to get into an incubator program where they could hone their business model, get advice from mentors, and get connected to angel investors or venture-capital firms. However, as Bloomberg TV's TechStars reality show revealed, simply getting into an incubator is no guarantee of success.

Several of the budding businesses in the New York round of TechStars flamed out. Their business ideas didn't work, and after the show quite a few of the startups closed.

Related: Not All Entrepreneurs Are Cut Out to be 'TechStars'

There were some success stories, though, including Onswipe, which makes publications more dynamic for use on mobile browsers. The startup had just landed $1 million in funding from Spark Capital when its TechStars program began, and the company went on to land $5 million more shortly after the program aired. Staff has swelled from four to 27employees.

Here are five lessons from Onswipe on how to make the more of your chance in an incubator program.

1. Choose your moment. Some startups come into an incubator with an embryonic idea. If that idea doesn't prove workable, they've squandered the opportunity to impress the funders that have relationships with that incubator.

Instead, Onswipe waited to apply until their technology had proven itself, they had a few customers, and had successfully pitched venture capitalists. The company was ready to take full advantage of the incubator's resources.

2. Be the breakout story. In any incubator class there will be one breakout story, says Onswipe CEO Jason Baptiste. There's one Dropbox or Airbnb -- one company with the potential to be huge. With its existing funding and proof of concept, Baptiste says Onswipe was positioned from the start to be considered that program round's biggest success.

Related: Starting Up Under One Roof: A Look at Residential Incubators

Though Onswipe connected with its funders outside the program, Baptiste feels that the TechStars exposure helped sell those funders, including Silicon Valley uber-angel Ron Conway, whose investments include PayPal and Twitter, and Russian mogul Yuri Milner (who has invested in heavy hitters including Facebook, Zynga, Twitter).

"What TechStars really helped us with was getting us to be the most-hyped company," Baptiste says."If you position yourself as the top company, a lot of people want to get in on that deal."

3. Keep networking. The relationships Onswipe's entrepreneurs made on TechStars have been the most valuable aspect of the company's stay in the incubator, Baptiste says. He counts program co-founder David Cohen among his close connections formed during TechStars. He's stayed active in New York's budding startup scene, too.

4. Don't get distracted. Since TechStars aired last year, Baptiste says he's been approached by three other reality-TV shows to participate, but has turned them down. At this point, with more than 20 staffers, it would be difficult to shoehorn the company back into an incubator, anyway.

Related: How to Shop for a Business Incubator

5. Give back. To help other startups, Baptiste wrote a book about Onswipe's rise, The Ultralight Startup, (Portfolio Hardcover, April 2012). The book imparts lessons Baptiste learned from Onswipe's success that other startups can use to ramp up faster.

If you want to watch more incubator action, TechStars' Boulder incubator inhabitants will be featured this fall in season three of The Founders, the incubator's own online documentary-video series.

Is your startup ready for an incubator? Tell us your story.