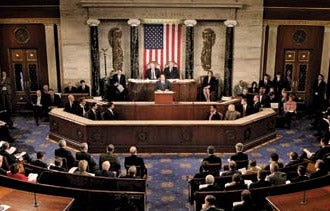 More than 700 leaders of top entrepreneurial companies around the U.S. -- from the likes of Apple, Yahoo and Yelp -- signed a letter that was sent to U.S. Senate leaders today encouraging them to pass legislation that would make it easier for startups go public.

"During the past decade, emerging growth companies have faced numerous new challenges when considering an IPO," says the letter, which was delivered by the National Venture Capital Association, the industry's trade association. "As more than 90 percent of job creation occurs after a company goes public, there has never been a more important time than today to pass this legislation."

The bill they favor hasn't yet been voted on in the Senate, though the provisions passed the House as part of the JOBS Act last week with a rare bipartisan vote of 390-23.

Called the "IPO on-ramp," the measure would make it more affordable for qualifying companies to go public by providing a temporary reprieve from U.S. Securities and Exchange Commission provisions, gradually phasing them in over the course of five years. The measure, which was first announced by Barack Obama as part of his Startup America Legislative Agenda, would create a special category of startups called "Emerging Growth Companies." A firm could be classified as such for five years or until it exceeds $1 billion in annual gross revenue or becomes a large filer.

"Passage of this bill will not only keep these companies on their respective growth trajectories, but it will accelerate them -- and that can only mean more product development, more hiring, and more shareholder value for the long term," said Mark Heesen, president of the NVCA, in a written statement released today.

How would an IPO on-ramp impact your ability to go public? Leave a comment and let us know.