Learning how to pitch investors is an invaluable skill. Avoid these blunders, which are sure to make a bad impression--and could kill the deal. 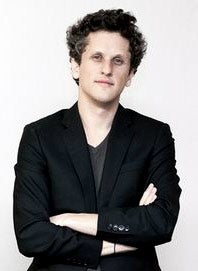 Pitching venture-capital investors to launch or grow your business is a delicate process, so you need to tread carefully. There's an art to making a successful pitch, says Aaron Levie, cofounder and CEO of Box, an online content-sharing company based in Palo Alto, Calif. He has raised $162 million in five rounds of funding and estimates he has pitched investors a few dozen times. "You should have a fully refined, bulletproof story," Levie says.

Making an effective pitch is more important than ever, as venture capital remains relatively scarce. In 2007, venture-capital firms raised more than $31 billion to invest, according to data from Thomson Reuters and the National Venture Capital Association. But they raised only slightly more than $18 billion last year. "Our cottage industry is indeed getting smaller still and that will impact the startup ecosystem over time," Mark Heesen, president of the association, said in a statement.

To take your best shot with venture capitalists, avoid these six common blunders:

1. Don't contact every VC in Silicon Valley. Blindly reaching out to VCs with a generalized pitch is not going to improve your chances of getting funded, according to Brian O'Malley of Battery Ventures in Menlo Park, Calif. Not all investors are interested in the same kinds of companies, nor do they all invest the same amount of money or at the same time in a company's life cycle.

Research the VC you plan to pitch, figuring out the kind of companies it has invested in and at what stage in a company's growth. This basic, yet useful, information can often be found on the investor's website. "If people don't display the most basic sales characteristics, then I worry about their ability to be successful as an entrepreneur," O'Malley says.

2. Don't overdo the PowerPoint presentation. Some entrepreneurs create lengthy PowerPoints that leave investors bored and with little time for questions and answers. John Backus, founder and managing partner at New Atlantic Venture Partners in the Washington, D.C., area, recommends a maximum of 15 slides for a one-hour meeting. That number of slides will take up about half the meeting, he says, leaving 30 minutes for questions. Also, make the slides as visual as possible. "We are not going to remember a list of data," Backus says.

3. Don't disregard questions that come up. VCs will likely have questions that interrupt your presentation, and you may be tempted to hurry through them to get back to your rehearsed pitch. Instead, always answer questions as completely as possible. After all, if you secure funding with a VC, it's likely going to be a long-term relationship – and communication is key. "When I invest in your company, we are going to be married for five to seven years," says Johnathan Ebinger, investment partner of BlueRun Ventures in Menlo Park, Calif. Sometimes "it is like they are playing whack-a-mole with my questions," he says. "Let's try to have a conversation."

4. Don't exaggerate. While VCs are hunting for the next Google, Facebook or Twitter, they don't want to hear unrealistic pitches. "There are probably five companies out there in the world that have gotten to $10 billion, $20 billion, $30 billion," Backus says. "Be realistic and tell me how you are going to win." One way to make your pitch credible: Identify your potential rivals and explain your competitive strategy. "There is always competition," Ebinger says. "You have to be open to the fact that the world is going to get by without you."

5. Don't try to raise money just for the short term. O'Malley often hears entrepreneurs say they're trying to raise cash to cover expenses for a period of time, usually 12 to 24 months. But he discourages short-term thinking. Instead, he urges entrepreneurs to raise money to hit milestones, such as reaching 500,000 downloads of your software or application, hiring a vice president of marketing or signing a distribution deal. Also, raising a bit more money than you'll need is better than too little. "Of my seed investments I have made, half of them wished they had raised more money," O'Malley says. "None of the others that raised more than they needed ever regretted it."

6. Don't rush to disclose what you think your company is worth. You will need to discuss how much money you are seeking, but don't immediately share what percentage of your company's value that represents. "I have talked to a lot of my venture friends, and it turns them off when they see the value of the company" declared too soon, says Lori Hoberman, chairwoman of law firm Chadbourne & Parke LLP's emerging companies/venture capital practice in New York.

Instead of putting your estimated valuation in the presentation, allow it to come up naturally in conversation. The valuation will be "a very hotly negotiated point between you and the investor," Hoberman says. The issue usually surfaces at the end of the first meeting, she adds, when you discuss what percentage of the company you are selling for the investment.

Corrections & Amplifications: An earlier version of this article misstated the total venture capital raised in recent years. The correct figures are $18 billion in 2011, down from $31 billion in 2007.