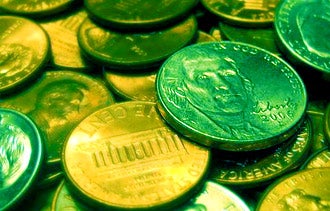 Entrepreneurs seeking venture capital could face a tough road: New VC funding contracted for the third quarter in a row in the first three months of this year, according to a report released today. There were both fewer deals and fewer dollars distributed, continuing an extended industry contraction.

Venture-capital funding isn't likely to start expanding anytime soon, according to Tracy Lefteroff, global managing partner of the venture capital practice at Pricewaterhouse Cooper's U.S. division. "We expect the venture-capital industry to contract in the short run until it reaches a point of equilibrium," Lefteroff says in an email. In other words, when VCs' losses of the past decade start turning into profits.

Venture capitalists, who provide money to entrepreneurs in exchange for a portion of their company, invested $5.8 billion in 758 deals in the first quarter of 2012, the MoneyTree Report found. The report, from PricewaterhouseCoopers and the National Venture Capital Association, is calculated based on data from Thomson Reuters.

Related: A VC Reflects on Instagram, the Dot-Com Bust and What It All Means for Hungry Startups

Cautious venture capitalists leaned toward investing in more mature, developed companies. The investments in later-stage companies comprised 27% of total deal volume in the first quarter, compared with 21% in the last quarter of 2011.

To be sure, while the venture capital industry has on a whole been shrinking, some venture capitalists are making a lot of money. The recent deal by Facebook to purchase photo-sharing startup Instagram for $1 billion is a blockbuster example. Lefteroff declined to comment on the impact of the Instragram acquisition, citing a company policy against commenting on specific deals. But some say the sensational buy-out is likely to inspire Silicon Valley venture capitalists to eagerly hunt out the next magic startup, particularly in the mobile photo-sharing space.

"There is a glimmer of hope that the IPO market will strengthen, the acquisition market will strengthen, you will see some good exits," says John Taylor, vice president of research for the NCVA. When a start-up goes public or is sold, venture capitalists make a lot of money. Using an analogy from high school, he says, "you have the administrators and faculty working very hard to get seniors to finish their coursework and graduate."

Related: How to Build a Billion-Dollar Startup

Meanwhile, seed and early-stage deals represented just 45% of deal volume in the first quarter of 2012, down from 53% in the fourth quarter of 2011. The number of first-time financings plunged to the lowest level since the third quarter of 2009, at a meager 195 deals. The thinking had been that less than 1,000 first-time financings per year represented an unhealthy market, but the expectation may need to be re-evaluated for the shrinking industry, says Taylor.

This contraction of the market in the last few months is, on a small scale, representative of what has been happening to the industry for more than a decade. In the first quarter of 2,000, venture capitalists invested $28.5 billion in 2,166 deals.

According to one venture capitalist, the smaller industry is a good thing. "We believe that the key word to describe the venture-capital industry right now is return to quality," says Maria Cirino, the co-founder and managing director of Boston-based .406 Ventures. "While more moderate and perhaps less bubble-esque -- if I can use that word or invent that word -- we think the focus on quality is very encouraging for the industry overall."

Going forward, Cirino expects to see a fair share of companies being gobbled up by their larger competitors. "There has never been more cash sitting in the coffers of the top 15 tech companies," she says. "It really is an enormous amount of cash. We have never seen it in our lifetimes."