4 Reasons You Should Consider Kissing a Journalist

By Geeta Nadkarni
June 11, 2015
Opinions expressed by Entrepreneur contributors are their own.

When Lauren O. Victoria launched the website for Aloha Crate, a subscription servce that sends local, quintessentially Hawaiian products all over the United States, she did what small business owners are told: She hit social media. Hard. "I ran a contest that had a social share component, and I double-whammied it with paid advertising," says Victoria, a communications graduate who considers herself pretty social-media savvy. 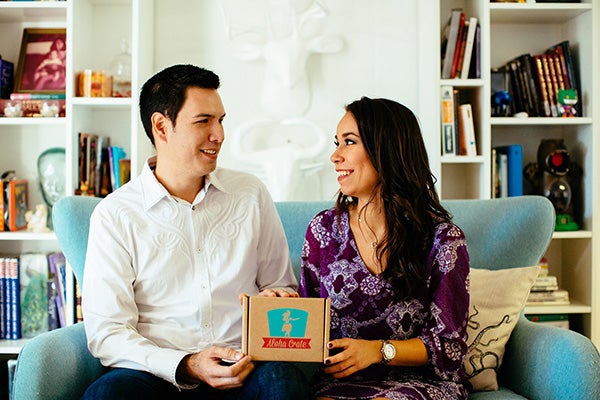 Related: How to Make Time for Social Media Marketing

The first results were promising: Her contest went viral, and she got plenty of leads. But not one of them converted into a paying customer. (She has some colorful things to say about "contest junkies," but that's a whole other post.)

Victoria then did something most business owners never think to do: She contacted a journalist-friend with the local Hawaiian media. And landed a piece in her city's newspaper. Which turned into a TV interview.

"When I walked on to the set for that TV interview, I had more an idea for a business than a real business," Victoria acknowledges now. "I did have five customers, but at $14.95 a pop, it wasn't enough to cover my overhead."

When she walked off the set and took her cellphone off airplane mode, however, her story took a dramatic turn. "My phone exploded with calls," she says. "Actually, not calls. Orders!"

A clip of that interview, now on YouTube, is still bringing in customers today.

The fastest path to growth

Victoria's experience convinced her that the fastest way to grow her business was not to build herself an audience from scratch using a blog or Facebook ads. It was to go to where the audience, hungry for content, was already waiting, and to position herself to bring value that audience value.

Related: 'Get Social,' and Promote Your Company at the Same Time

Think about your own consumer experience; say you're in the market for a new perfume. What's going to send you scurrying to the nearest Sephora or department store to try one? A glossy ad in a magazine? A review by a beloved beauty blogger? Or an article about how the ingredients were sourced, and how the designer created the particular alchemy of fragrance?

Here's what the media can do for you:

The trick with getting the media to market for you is to realize that you're both playing on the same team and that your goal when you approach a journalist is really to do everything you can to help him or her inform, educate and entertain the audience.

It's never about you. It's always about the audience.

When you do a good job of serving a reporter's readers or listeners, you automatically make that journalist look good to his or her boss. Which means that the next time you offer to kiss said journalist, he or she just might kiss you back.