Billionaires — they're just like us. That statement couldn't be further from the truth in most situations, but when it comes to the unpredictability and stress of 2020, even the wealthiest among us are struggling. And the most stressed billionaire of them all? Bill Gates.

Even if we consider ourselves empathetic, determining someone else's stress levels might feel like an impossible task. Well, there's actually a way to do it — kind of. Using a tool developed by Mike Thelwall, professor of IT at Wolverhampton University, talent innovation company SHL ranked prominent business leaders by how "stressed" their recent tweets have been.

The tool, called TensiStrength, is used to estimate the stress levels in tweets by analyzing them on a scale of -1 (no stress) to -5 (very highly stressed), based on the classification of words related to stress, frustration, anxiety, anger and negativity. Then, it ranked the business leaders (chosen because of how often they appear in the news and on social media) based on the proportion of tweets they posted between January 1 and June 30 that classify as "low stressed" or higher (-2 to -5 on the TensiStrength scale). 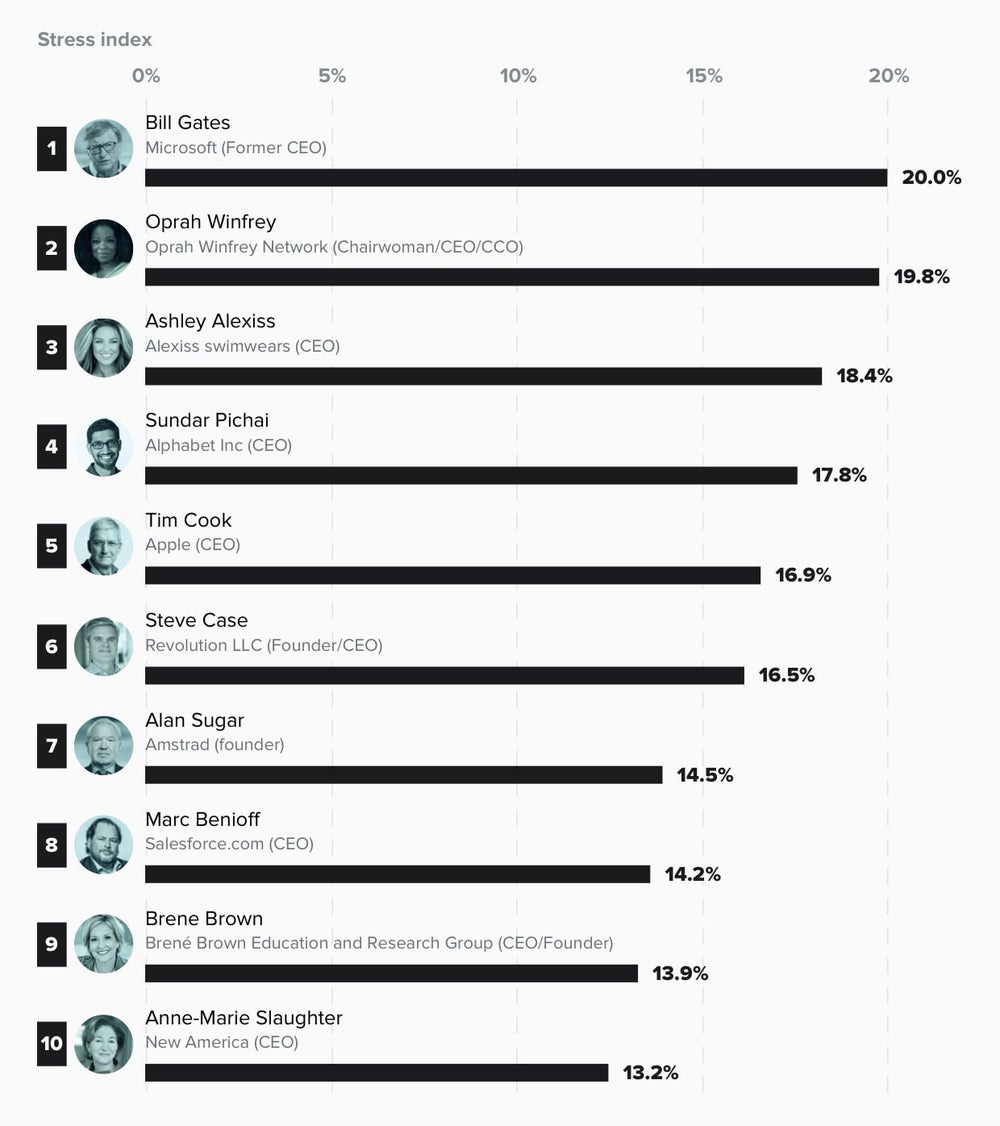 One CEO who definitely didn't make the top 10? Elon Musk, who ranked 19th among the business leaders studied. Though he's a prolific tweeter, only 5.2 percent of Musk's posts qualify as low stressed or higher.